AKAI’s rumoured MPC Keys 61 has more pictures of it leaked, no announcement yet

The rumoured new MPC appears to be a standalone instrument. 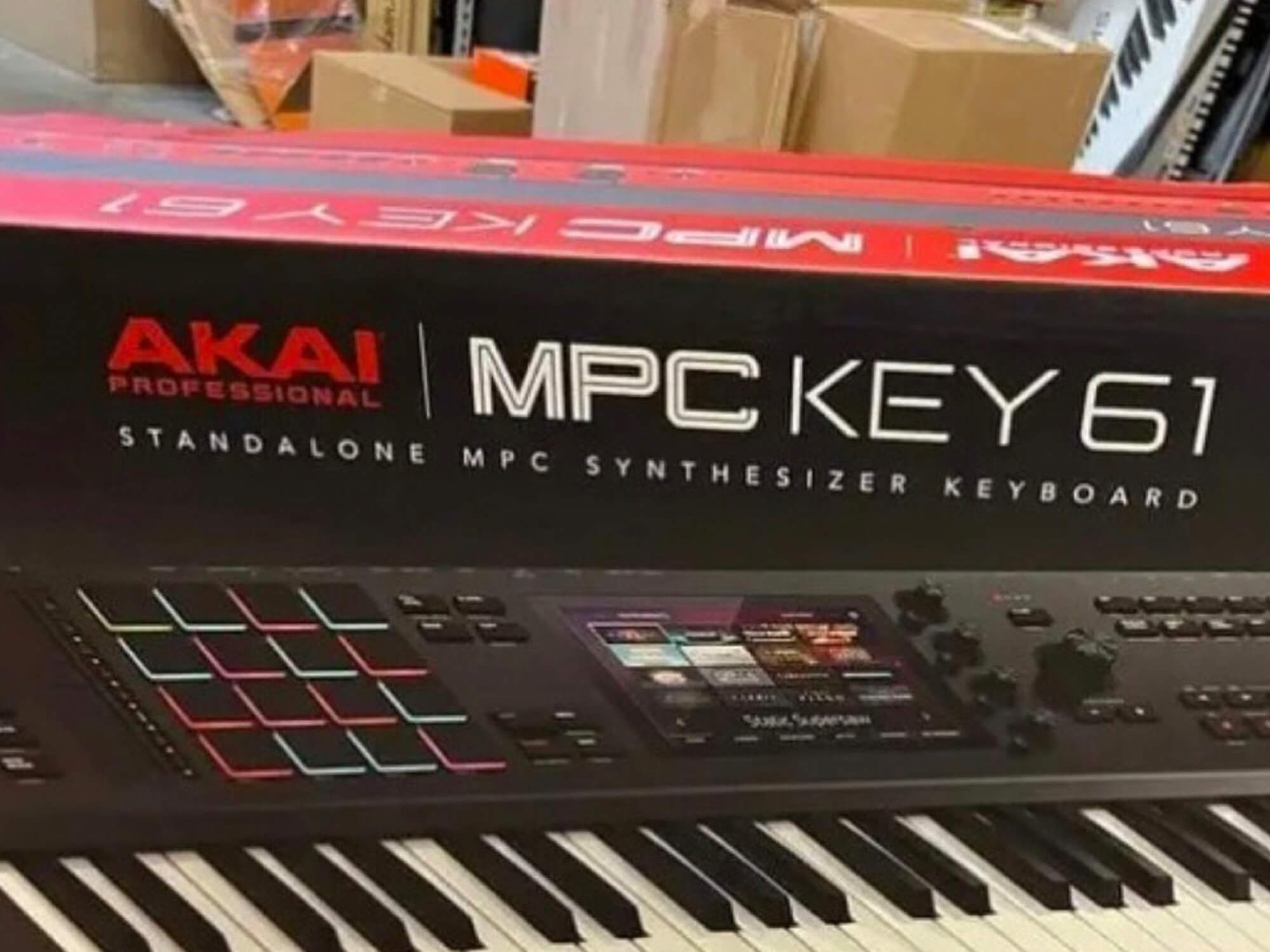 More images of the yet-unannounced AKAI MPC Keys 61 appear to have surfaced online, though an official announcement from the company is still nowhere to be found.

Fresh images, showing what appears to be the packaging of the supposed synth-sampler (seen above), were shown off in an article from Synth Anatomy yesterday (12 June).

The snaps also offer us our first look at some brand wording for the alleged instrument, in which “Standalone” and “Synthesizer” appear to be the operative words – it does appear that the keybed-laden MPC will be a full-fledged instrument with synthesis capabilities.

Rumours of the AKAI MPC Key 61 first started showing up in April, and while some expected the instrument to be unveiled at this year’s NAMM Show, no official word has yet dropped.

Synth Anatomy did report, however, that there were “clear indications” that AKAI showcased the instrument at Superbooth 2022 to “selected people” behind closed doors.

Rumours of the MPC Keys 61 first surfaced in April when producer Scott Storch purportedly shared an Instagram story of his child playing the keyboard. There has been speculation that the Grammy-winning producer was a beta tester for the instrument.

Last year, a supposed render of the MPC Keys 61 was also uncovered by Akai Force and MPC users who mined the code of the MPC 2.10 firmware update, according to Synth Anatomy.