The Mini Plus packs a new array of capabilities. 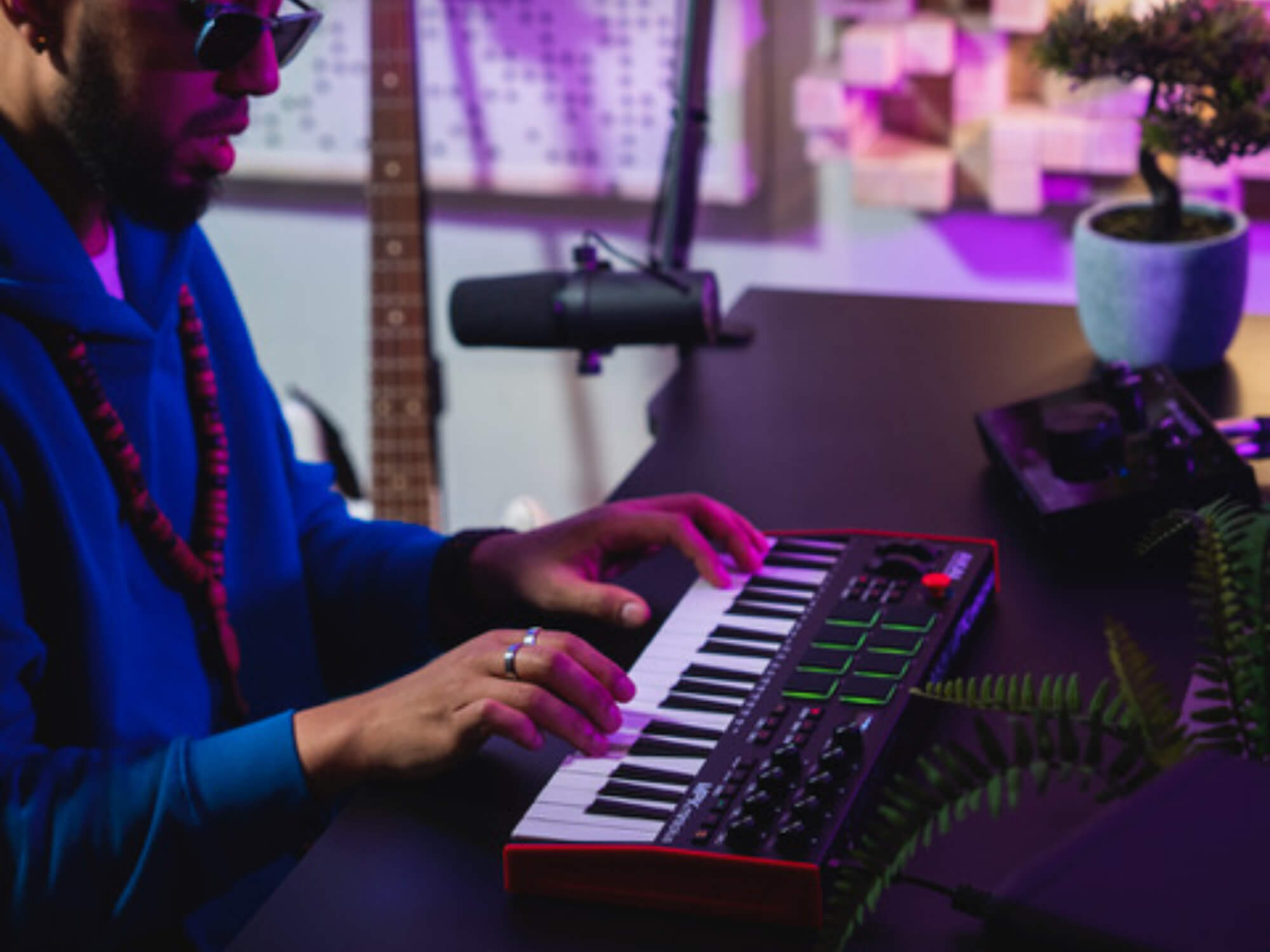 Production gear manufacturer Akai Pro has announced the latest edition to its MPK line of keyboard controllers, the Mini Plus.

The Mini Plus features a new 37-key, three-octave Gen 2 keybed alongside an onboard sequencer that offers eight notes of polyphony per step, 16 notes per drum step and an onboard arpeggiator. It also boasts USB/CV/Gate/Sync/MIDI connectivity options, and comes with RGB-backlit, velocity-sensitive MPC Pads.

Akai has also fitted the Mini Plus with eight assignable 360-rotary knobs, with an inbuilt Chords Mode that plays multiple notes and inversions with the input of a single key, and a Scales Mode that enables the keybed to play notes only in the selected scale. 15 scale settings are available for both modes.

Akai has showed off the capabilities of the Mini Plus in a new exclusive performance from Sam Hostettler. Check it out below.

The manufacturer’s popular Akai MPK Mini Play received a third iteration in the MK3 earlier this year in May.

MusicTech gave the device a seven-of-out-ten review, with writer William Strokes deeming the device passable as a “nicely uncomplicated compositional tool, augmented by a simple set of parameters including reverb, chorus, a two-stage envelope and two-stage EQ”. The MK3’s true niche, he surmised, lies in being a dual-purpose instrument for composing both on the go and in the studio, offering versatility at an affordable price.

Akai recently released Mk2 variations of its LPK25 and LPD8 mini MIDI controllers in early October. The new models are sleeker and said to be more responsive, and are fitted with the Gen 2 two-octave Dynamic keybed, built-in arpeggiator and clock for controlling software instruments, hardware devices and supported modular gear.