Is it an MPC X? Is it a new APC controller? Is it an Ableton Push? No, it’s the Force, Akai’s new production instrument with clip launching, step sequencing, sampling, synths and a seven-inch multi-touch display. 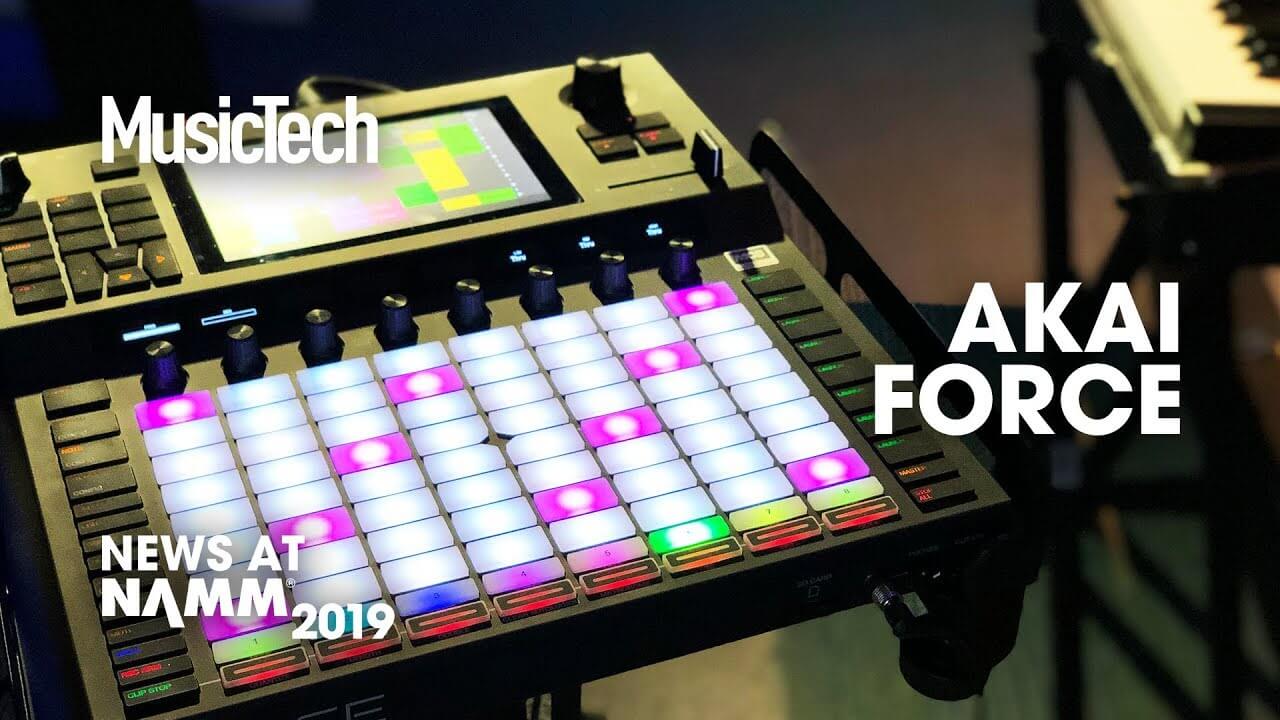 Akai’s Force is a brand-new production instrument designed for those who want to go computer-free but keep an Ableton-style clip-based workflow.

Force puts together many of the features you would find on other controllers designed for Ableton – such as an 8×8 RGB clip launch matrix and eight touch-sensitive knobs with miniature contextual OLED screens. It then adds an integral seven-inch capacitive touchscreen, of the variety we’ve seen in the MPC X and MPC Live, for hands-on control. It also provides a really decent amount of interfacing with two mic/line/instrument inputs, four outputs, MIDI in, out and thru, plus four CV outs for controlling any modular gear.

The device has several instruments installed. including the TubeSynth, Bassline and Electric synth engines already released on the MPC X/Live platform. These are joined by a new synth called Hype, which combines several synth engines. Upcoming Splice integration means that you will also be able to access your own Splice sound library directly from the Force’s screen.

Promised for March, the Force will additionally be able to act as a fully featured Ableton Live controller with deep integrations. If, however, clip-based workflows are your thing, you can also record up to eight stereo tracks while in stereo mode.

Akai’s Force will be available on 5 February in the US and internationally later that month. It will retail for $1,499. More information at akaipro.com.