Music Edition is a free, music-optimised version of the $69 original. 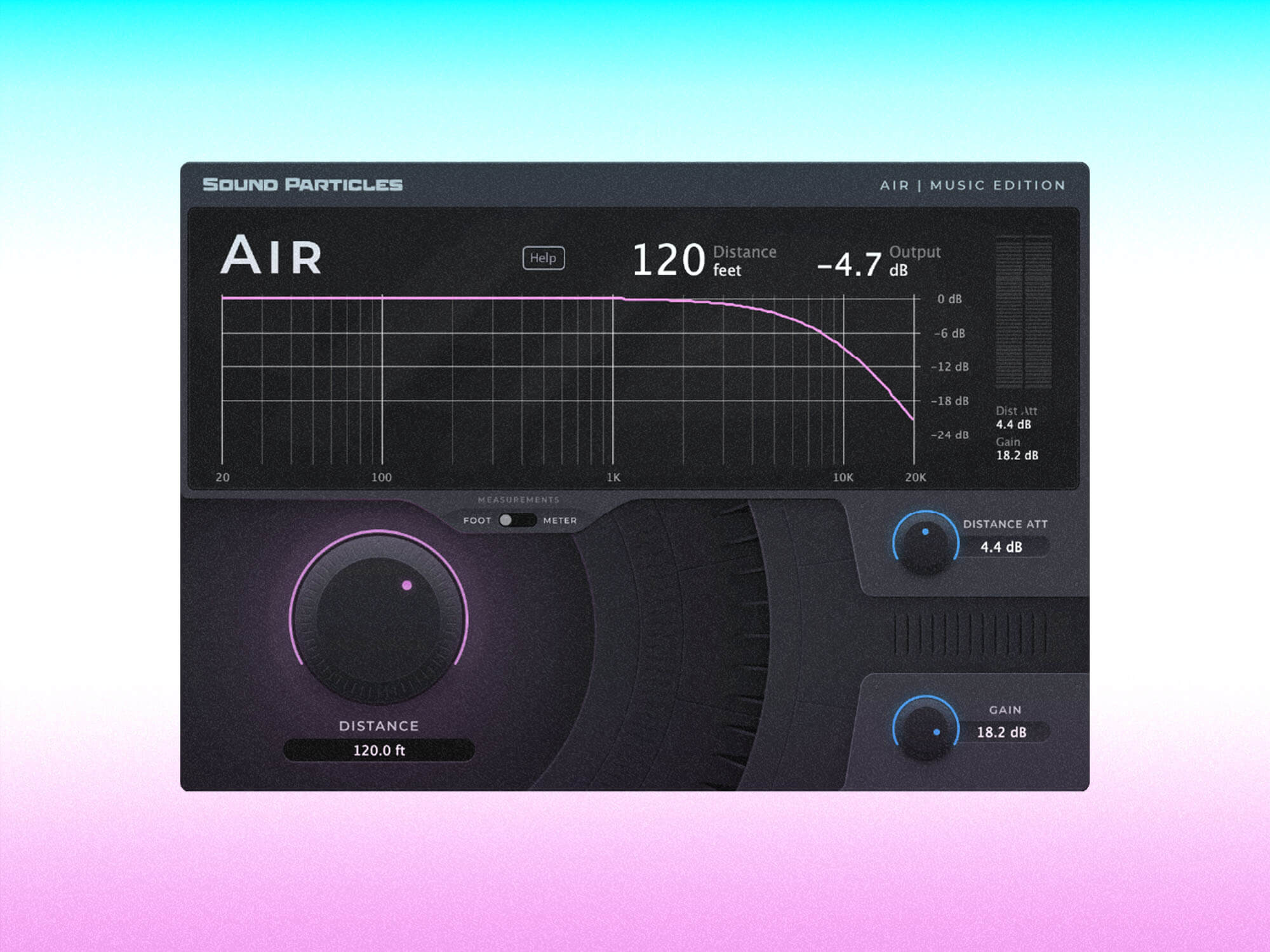 Sound Particles has launched Air | Music Edition, a free new filter effect plugin designed to simulate the increasing distance between a sound source and its listener.

Air is based on scientifically measured curves that allow you to apply distance to any sound. For example, as heard in a demo video by Sound Particles, an up-close helicopter recording can be made to sound as if it’s flying into the distance.

Air | Music Edition, however, is a free stripped-back version of the original, which costs $69. While the original Air plugin lets users go into more accurate details of humidity and temperature, has presets included and lets you create distances of up to 20 miles, Music Edition is optimised for music, only allowing for up to 500 feet.

Depth is created by simulating air absorption, which removes the sterile feel of a typical studio (where often instruments are close mic-ed). This makes your music sound more natural, organic and clear.

The plugin has a simplistic, easy-to-use GUI; there are three controls, one for Distance Attenuation, gain control and the main Distance knob. There’s also a graph that shows the actual frequency response being applied to the music and the distance in feet or metres between the sound source and the listener.

Air’s basic design lets you avoid the usual time-consuming process of manually creating distance by EQ adjustment and volume attenuation. It also means you don’t have to add a variety of effects that could muddy a project’s overall mix.

The plugin is available for use on either Mac OSX 10.13 or higher, or on Windows 10 or higher. It can be downloaded as either AAX Native, AU or VST3 formats.

Air | Music Edition is a free plugin available to download from soundparticles.com.