Three new modules kick off the series of celebratory copies. 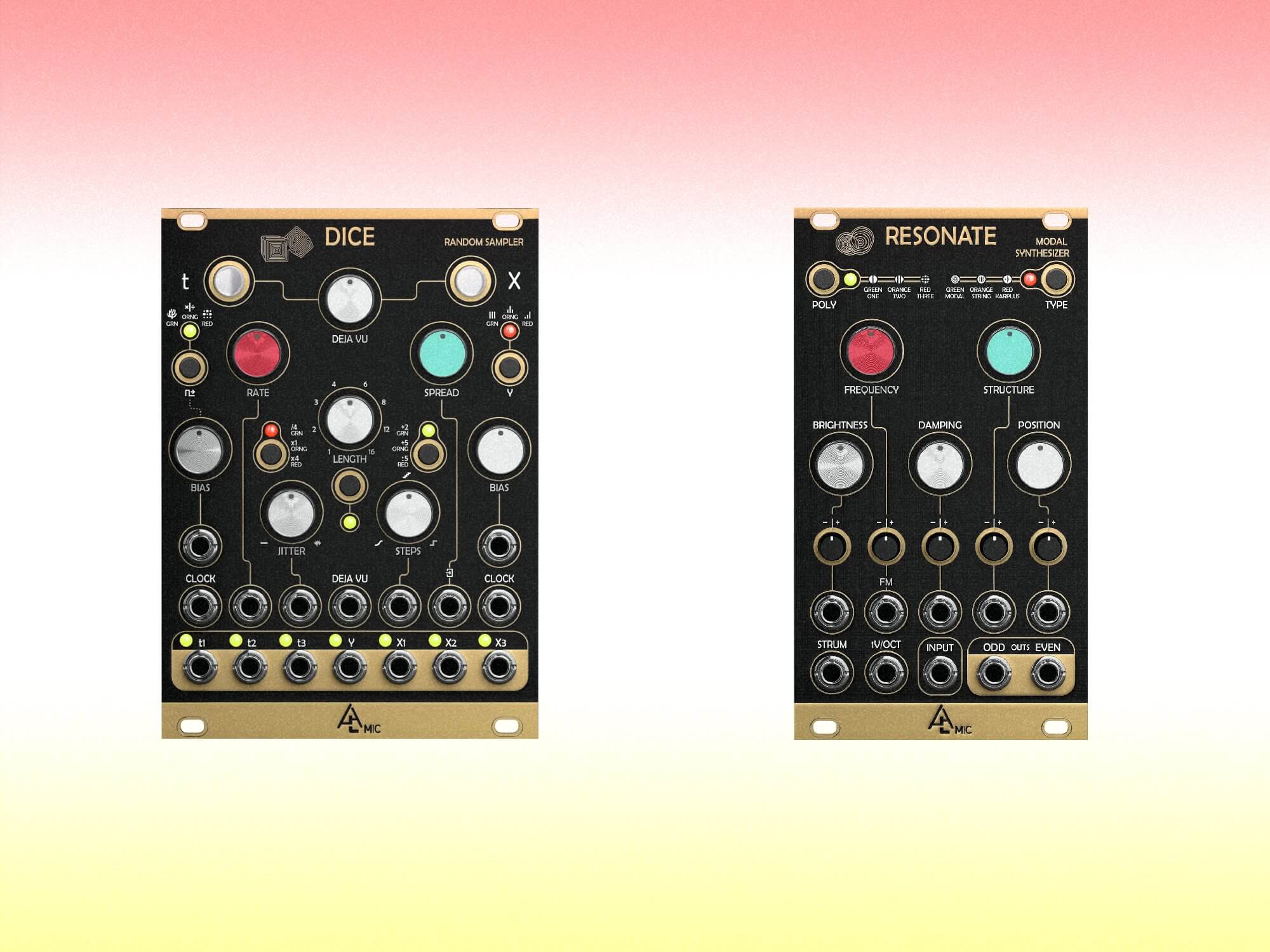 Eurorack developer After Later Audio has announced clones of several lauded discontinued modules from Mutable Instruments, dubbing the range the MIC line. Three modules have been released, with more in the pipeline.

After Later Audio makes no secret of the fact that its new line of products is a tribute to Mutable Instruments, openly citing the originals in all the new modules’ descriptions. The new modules maintain the fundamental design elements of the originals, but replace their silver faceplates with a black and gold finish.

First in the series is Resonate, a clone of Mutable Instruments’ Rings physical modelling resonator module. With three different physical models (modal, string and Karplus) and controls for the harmonic structure, ‘strike’ position and damping of its sounds, Resonate sounds like a powerful standalone instrument. But it also seems like a deeply creative processor for external audio, which can be patched to excite its resonator and add rich, acoustic-sounding harmonic content.

Dice is a clone of Mutable Instruments’ Marbles; a random gate and voltage source offering deep control over its generation of “controlled chaos, repeatable randomness,” says After Later.

Marbles has a variety of random voltage algorithms, including coin-toss, random ratcheting and random drum pattern generation, and can recall previous behaviours precisely with a Deja Vu knob.

Lastly, Cumulus is a clone of Mutable Instruments’ texture synthesizer, Clouds. A highly-commended module that granularises incoming audio in real time, Clouds can handle up to 60 concurrent grains, boasting a built-in all pass diffuser and reverberator. “A list of things Clouds is not trying to be: a sample player, a slicer, a looper,” said Mutable Instruments.

The announcement comes just five months after Mutable Instruments founder Émilie Gillet announced on the company’s forum, under the username ‘pichenettes’, that it would cease operations.

Mutable Instruments modules have since become sought-0after items, but with open source licensing – reflective of Gillet’s love of circuit-bending and experimental circuitry – other companies have been able to take inspiration or mimic Mutable Instruments designs. Versions have since appeared in the virtual Eurorack environment VCV Rack, as well as in hardware form in several instances.

Resonate, Dice and Cumulus are available for $199, $274 and $199 respectively. Find out more at afterlateraudio.com