The software provides an unlimited range of possibilities when it comes to constructing signal flow. 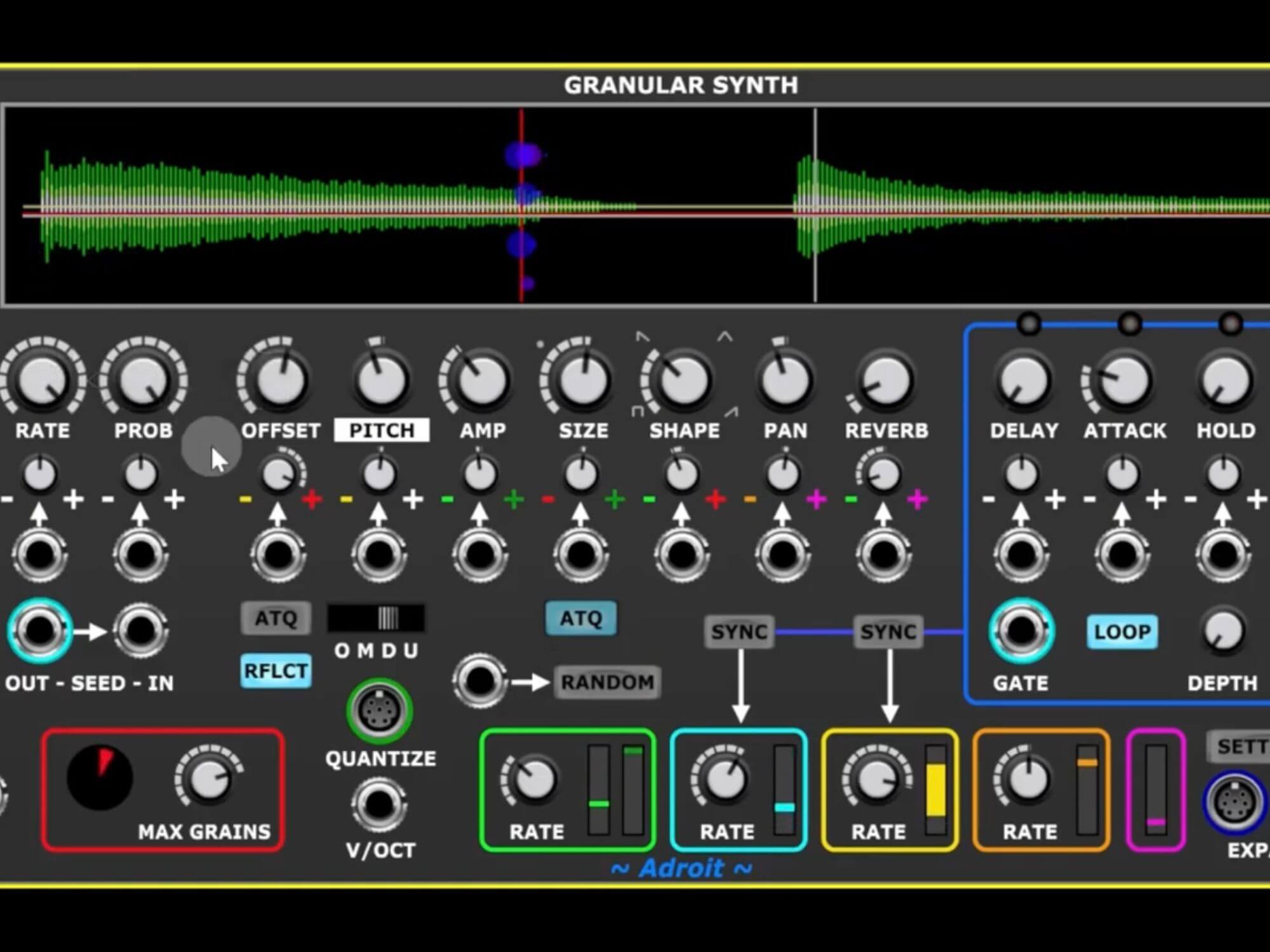 Designed for the Voltage Modular granular synthesiser, which is heavily inspired by the Eurorack format, the new plug-in boasts impressive control over grain inputs and the ability to reassemble rhythm samples in new, complex ways.

Inheriting the basic concepts associated with a granular-based synthesiser, the new plug-in from Adroit Synthesis allows users to unite different synthesis forms together in one patch and meticulously construct their signal flow.

Working with either pre-recorded audio or an input captured by the device’s recording function, the internal buffer selects a segment of audio and generates the best-known grains. From this, users can alter and adjust their grains with precise control – offering a regular rate, a pseudo-randomly chosen rate or via the receipt of an external trigger.

The hands-on design gives creators the ability to make adjustments to the pitch, level, grain size and playback directions of the sample. Further advanced features include a built-in compressor, filter and ADSR envelope with delay and loop options which come as standard, as well as the ability to tweak the reverb of the grain.

Users are also able to layer hundreds of grains on top of one another; making it easier than ever to capture those nuanced, never-seen-before textures.

Also, the new synth comes sporting a built-in ATQ (automatic transient quantisation), allowing for a rhythm sample to be selected and automatically sliced into divisions – thus enabling it to be restructured and reassembled in a brand new way. Pitch shifting is also available, alongside quantisation to scales and chords.

When purchased as The Granular Synth package, the software includes two supporting modules from the LSSP XL pack, including Chord (a chord generator) and Chord Memory. The unit runs through the Voltage Modular Synthesiser plug-in (available as VST, VST3, AU, and AAX). A standalone version is also available.

The Adroit Synthesis Granular Synth is available now for $45. Find out more at adroitsynthesis.com.