The suite gives you two EQs and a dynamics processor based on vintage studio gear. 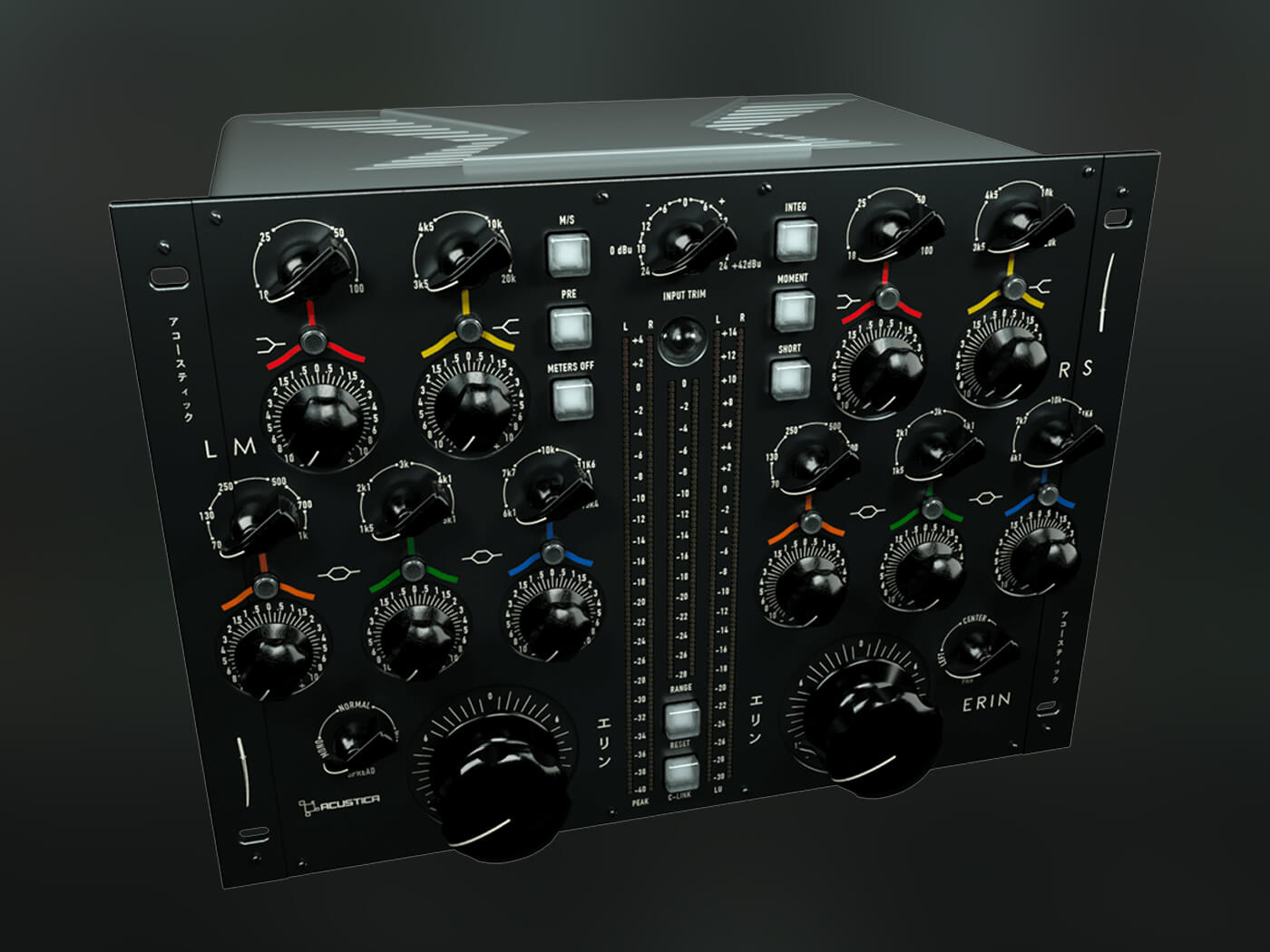 The suite debuts Acustica’s “Ultragain” technology, which features “an extremely accurate mapping” of all gain values across all frequency bands to deliver enhanced resolution, consistency and response, according to its makers.

The first plug-in is a parametric equaliser – possibly based on the EAR 825Q, found mainly in mastering facilities. This “faithful emulation” has two channels, each with its own controllable five-band EQ and low- and high-shelf filters with gain and fixed Q controls.

This plug-in also comes loaded with three boost/cut filters, each with an adjustable centre frequency. And for greater flexibility, each band can also be bypassed at any time.

While the Stereo Tube approaches EQ-ing in the wider spectrum, the Erin Mid EQ is designed to hone in specifically on frequencies from 200Hz to 5kHz, with selectable bands placed closely around that critical region. This particular EQ mimics the EAR 823 Tube EQ – which itself is reminiscent of Pultec-style tube designs.

At the end of this plug-in’s chain is a colourful preamp stage and controls dedicated to performing mid/side EQ. Acustica notes that this is useful for instruments that “live in the mid-range of a mix” including violins, guitars, and vocals.

This dynamics processor is likely based on the EAR 660 and features a “deeply optimised” knee behaviour, which should allow for more accurate control over attack and decay envelopes. With that said, you’ll still find your standard compressor fare onboard, with adjustable attack and release times, ratio and more.

For its first four weeks of release, the Erin mastering suite is being offered for 62 Euros, after which it reverts to its regular price of 179 Euros. It comes in VST, AU and AAX formats.

Learn more about it at acustica-audio.com