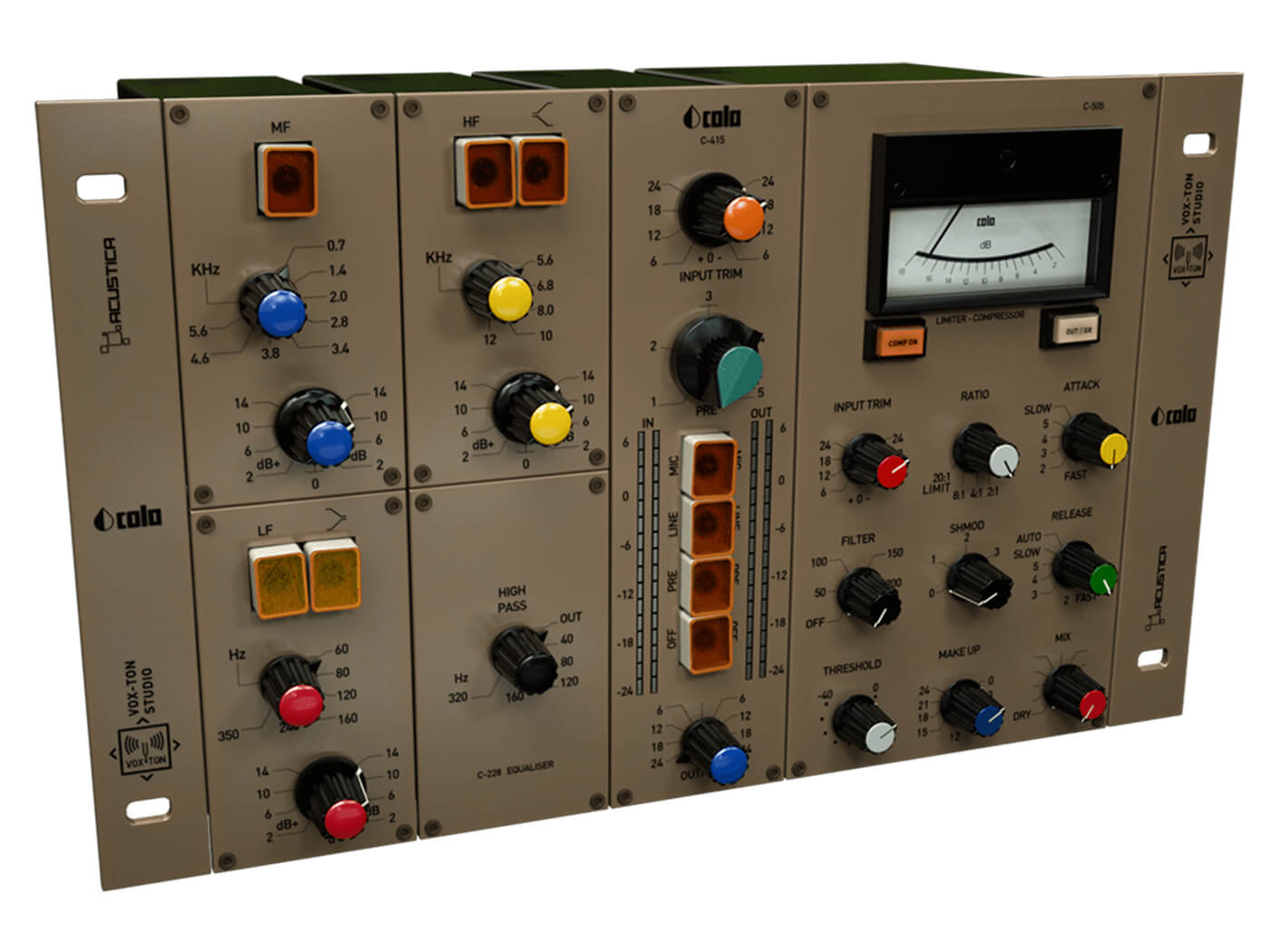 Acustica Audio has introduced Cola, a set of mixing plug-ins inspired by vintage gear and powered by AI. The suite comprises four plug-ins – three EQs and a compressor – as well as a channel strip.

What’s neat about Cola is its reliance on AI. By using deep learning technology, Acustica Audio has apparently been able to ‘teach’ the plug-ins how to mix like a pro engineer. This approach places less emphasis on fixed presets, and instead, involves the plug-ins reacting to source material and lessons about mixing learnt from other engineers.

Cola’s standout is the C-228 module, which is modelled after a rare 1972 British console used on the albums of AC/DC, Queen, Clash and The Sex Pistols. This plug-in offers an emulation of a three-band inductor equaliser complete with both high- and low-pass filters.

Cola also features the C-415, a three-band passive equaliser inspired by the British tube mic-amp/mixer used by studio pioneer Joe Meek in the 50s and 60s. The four plug-in set also includes the C-1671 graphic nine-band equaliser – based on an early-60s germanium equaliser – and the C-505 limiter/compressor, which adds punch to busses and individual tracks in the vein of a rare British hardware compressor.

Last, but not least, Cola arrives with a channel strip that distils the highlights from the above four tools into one plug-in.