Alternatively, use this as an easy pranking tool. 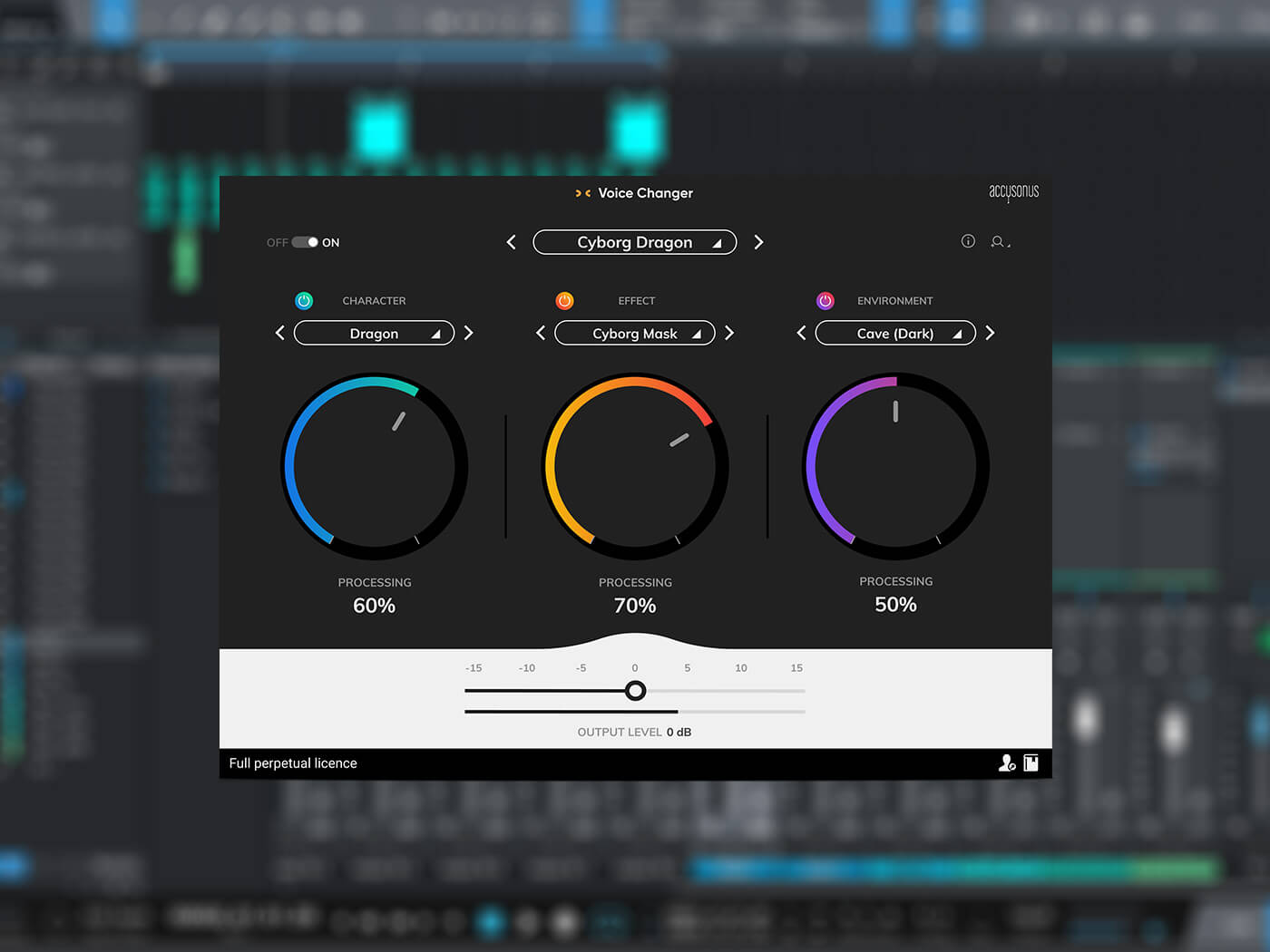 Audio software developer Accusonus has released Voice Changer. The aptly named plug-in is an easy-to-use voice transformer that can change the character of a vocal line to a robot, a dragon, an epic narrator and more. The built-in effects could be essential in sound design for video games, movies, trailers, podcast series and radio.

Voice Changer features three engines to manipulate audio: Character, Environment and Effect. They can be applied individually or together as a combined effect. You can create voice effects from scratch or select one of the presets created by Accusonus to find a starting point.

The Character engine can morph a voice to fit a specific character. This could be a trailer narrator, an anime protagonist, a baby robot, a different gendered speaker or a ghost, among others. A range of different Character modes are on offer, with a large Processing knob dictating the amount to which the effect is applied.

Environment will allow you to place a vocal into a new space. This might be a stadium, cave, airport, rainstorm or crypt. As with the Character module, Environment comes with multiple modes and a Processing knob.

The final engine is Effect, which changes the characteristics of the microphone. You can make your narrator talk through a megaphone, a space transmitter, walkie-talkie, or take them back in time to sound like a vintage-style news broadcaster. There’s even a Phone Prank mode to mimic the properties of a phone microphone.

Accusonus’ Voice Changer is available as a 14-day free trial, with the full version available as a monthly subscription. Users subscribed to the Accusonus Creative and Post Production Suites will be able to access the plug-in as part of their subscription.