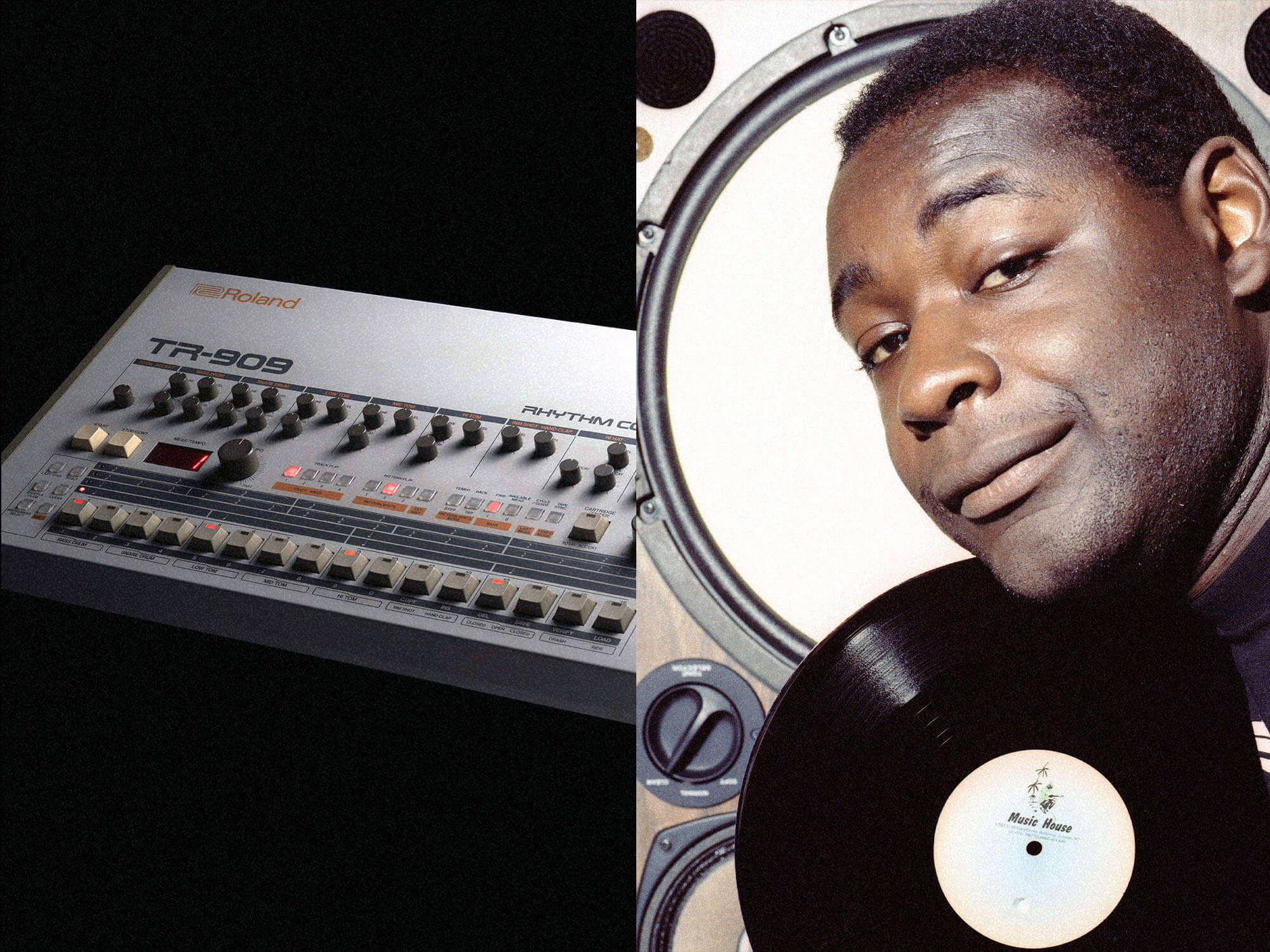 Renowned British producer A Guy Called Gerald has spoken about his first experiences with the Roland TR-909, and how the drum machine’s appealing swing feature inspired the iconic acid house track Pacific State by his band, 808 State.

In the interview – part of a MusicTech feature on the TR-909 with Jeff Mills, Tyree Cooper and A Guy Called Gerald – the producer, real name Gerald Simpson, recalls playing the 909’s bass drum for the first time in his home city of Manchester.

“I had started to collect second-hand, cheap instruments from second-hand stores in Manchester. Mainly the [still-in-business] Johnny Roadhouse,” he says.

“There was another store down the road from Johnny Roadhouse, called A1 Music. They had new machines, and you could actually test them. That was the first time I’d seen a 909. I’d heard it, though. The first time I heard a 909 was probably on a [New York electro funk pioneers] Mantronix track called Get Stupid. I remember seeing what looked to me like a white 808. Like, ‘Wow, what is this?’ I remember plugging it in and it just lit up. It looked like some crazy computer robot or something. I remember tapping on the bass drum. You just got this thump, and, like, 1,000 tracks come to mind. I’m instantly just thinking, ‘Mantronix!’ I was 19 or 20. I was like, ‘God, I actually need to get hold of this machine’.”

Simpson also praised the TR-909’s swing feature, which wasn’t available on the 808. “I was excited about creating something with a bit of swing to it,” he says. “Because everything that I’d been programming up to then had basically been coming from the 808, with a straight 16th-note pattern. There was one track by Mantronix called Ladies, and it just had this swing. I was like, ‘How the fuck did he do that?’. Then I realised it was the 909. That was the excitement of wanting to use the swing from the 909. That’s how the bassline for Pacific State came about.”

Detroit’s techno pioneer and 909 maestro, Jeff Mills, has also revealed his early experiences with the TR-909. In the same feature, he explains how he turned the machine into a bona fide instrument. “I came up with this idea of using the stop and start buttons to play it as an instrument in itself,” he says. “Playing the first beat or the first two beats of a pattern, or the first three beats, or inverting it by hitting the continue button first and then the start button. Just finding new ways to be more creative with the machine.

“I went to the studio and met Tony [Allen] and we plugged everything in. While we were playing, I was kind of introducing these things that I had come up with the night before, and everything clicked. We decided, ‘Come on, let’s work together, let’s perform. Let’s make music.’”

Read the full feature, How the Roland TR-909 became one of the most iconic drum machines of all time at MusicTech.com.