Female producers and engineers shine at the MPG awards 2022

The event was held at London’s Tower Hill Hotel and hosted by BBC Radio’s Abbie McCarthy. 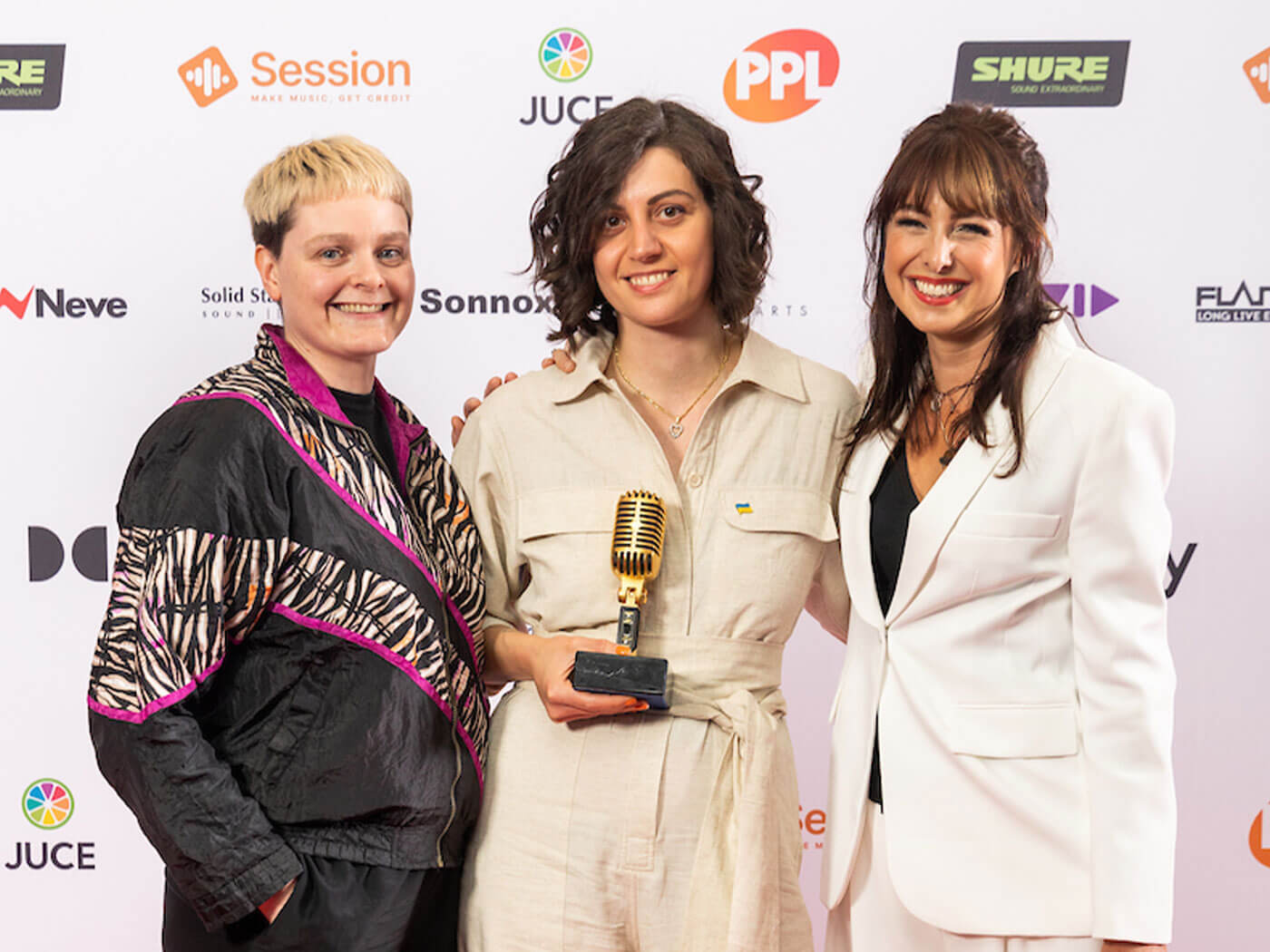 The Music Producers Guild has announced its complete list of winners for the 2022 Music Producers Guild awards. The event, held at London’s Tower Hill Hotel, is now in its 14th year and has come to represent a key date in the production calendar with its recognition of music production’s most eminent talents. Hosted by tastemaking BBC broadcaster Abbie McCarthy, the MPG awards welcomed a feast of production talent from across the UK and beyond.

It was also a successful year for Fiona Cruickshank, who won both the Breakthrough Producer Of The Year and Recording Engineer Of The Year awards. The recipient of the MPG Outstanding Contribution To UK Music award, presented by PPL, was the lauded singer, songwriter, guitarist and producer Joan Armatrading.

There were two new categories on the programme this year: Vocal Producer of the Year, which went to Lorna Blackwood for her work with Dua Lipa, & Calum Scott, and the Rising Star Award, which replaces the Breakthrough Engineer category to include early-career recording, mix and mastering engineers. This, the MPG says, is “in an effort to highlight more of the new talent rising up through the industry.”

The inaugural Rising Star Award went to Matt Taylor, who said of his achievement: “This month marks exactly 10 years since I left the care system, so to be recognised in this way by my industry is surreal, and an honour. This is a brutal industry for a careleaver, where having no family or financial support makes it nearly impossible. I hope that my success will now begin to shift the tides so more people like me can survive and thrive in recording. I may be the first careleaver to win an MPG Award, but I’m gonna make sure I’m not the last!”

Producer of the Year, sponsored by Flare Audio
Marta Salogni

Writer-Producer of the Year, sponsored by Session
Inflo

Breakthrough Producer of the Year, sponsored by Sonnox
Fiona Cruickshank

Mix Engineer of the Year, sponsored by Miloco
Manon Grandjean

Studio of the Year, sponsored by Dolby
Abbey Road Studios

The MPG 2022 Awards categories in the gift of the MPG are:
The MPG Inspiration Award, sponsored by Audio Note, was awarded to Linda Perry
PPL Present The MPG Award For Outstanding Contribution To UK Music, sponsored by PPL and awarded to Joan Armatrading.