Can we use an ‘Excel-lent’ pun? Is that allowed? 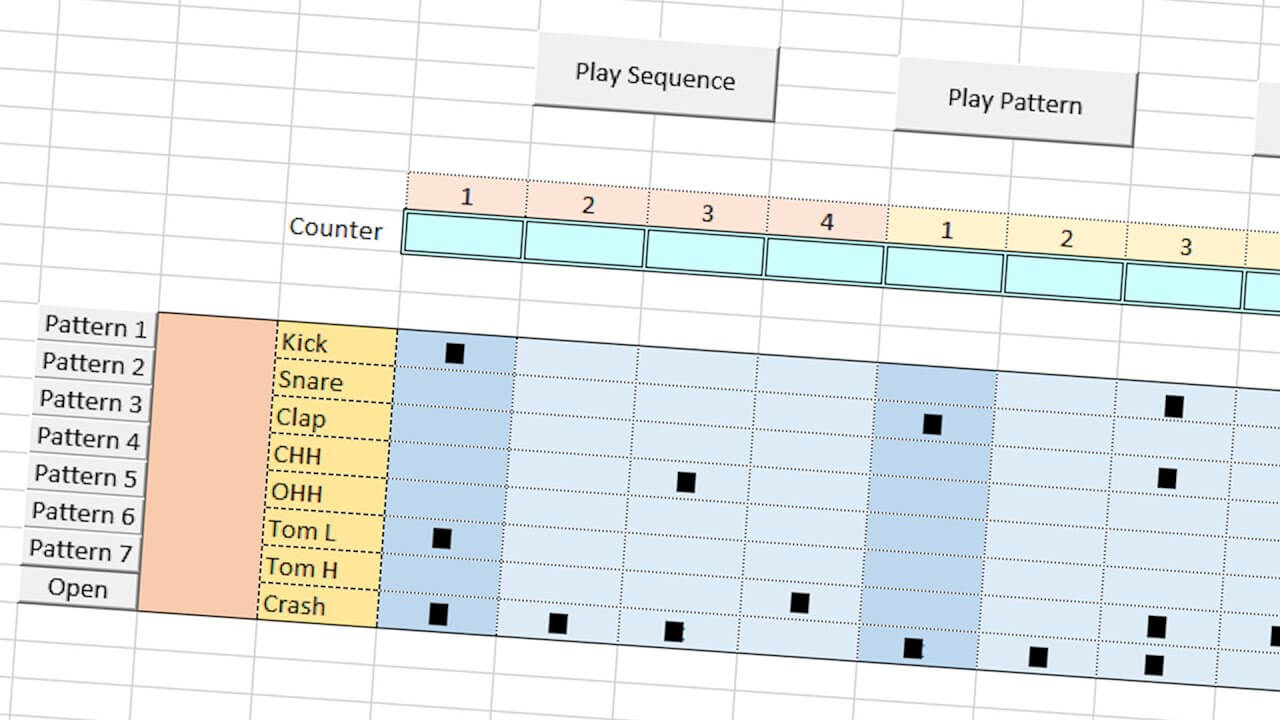 Electronic music YouTuber, Dyllan Tallchief, has recently uploaded a video of a drum machine he’s made in Microsoft Excel. It’s probably not the most user-friendly interface, but it’s fun to see the possibilities of Excel in the music world. Dyllan hasn’t actually created a sample library within the spreadsheet software, but has used it as a MIDI controller linked up to Ableton Live, which is triggering drum sounds in the sequence created in Excel.

The step sequencer’s BPM can be adjusted with a single parameter and a Swing function is even featured on the interface. Using an ‘x’ marker, the user can programme in where they want the drum sample to trigger within the sequence, with velocity and pitch values being input as desired. Up to four sequences can be saved and recalled in the drum machine.

Recently on social media, a meme circulated around music fans of an Excel spreadsheet coloured in to look like a DAW session. Although Dyllan tells viewers that his drum machine idea wasn’t necessarily inspired by the meme, he did see the resemblance. After seeing a ray-tracing demo in Excel, he realised that perhaps the software is more powerful than we thought.

The drum machine is available as a free download from the link in the video description, along with Dyllan’s Patreon page and social media accounts.