The event will take place in a 12,000 square-foot dome shaped like the duo’s signature helmets. 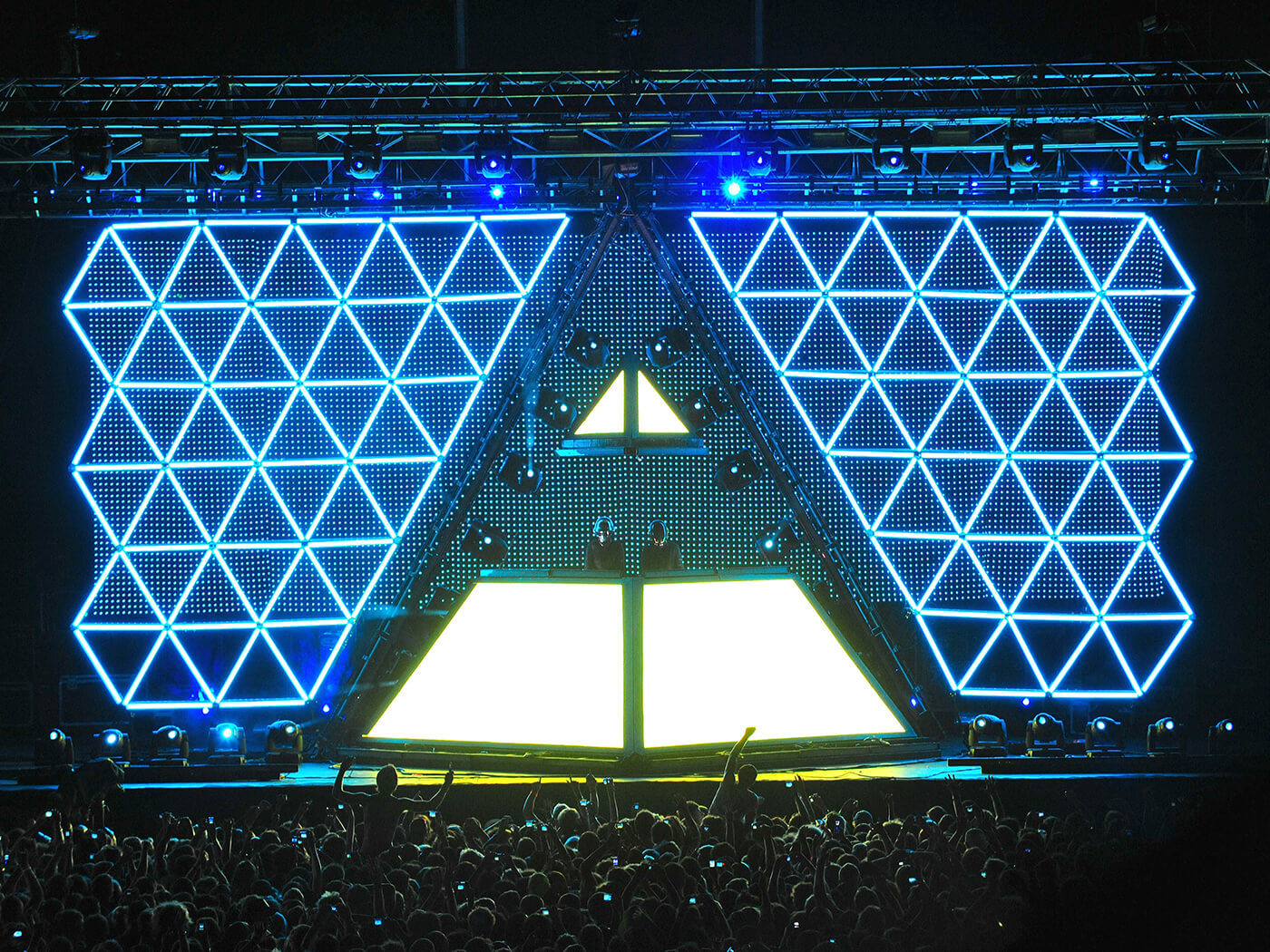 A special “multi-sensory dance party meets immersive space opera” live event will be held in Los Angeles next month to celebrate the career of the electronic music duo, Daft Punk.

The Daft Punk Pyramid Dome Experience will be hitting LA between 8-9 April 2022 to transform the duo’s discography into a new multi-sensory experience. This comes almost a year after the duo’s split and three decades since their original formation.

Featuring 360-degree projection mapping and thousands of LEDs that were constructed especially for the arena, the event intends to bring a new dimension into Daft Punk’s discography unlike seen before. The venue is a 12,000 square-foot dome, shaped like the duo’s signature robot helmets.

Promoters are describing the event as the “perfect spectacle to push forward the Daft Punk legacy.” The Daft Punk Pyramid Dome Experience will feature DJ collaborations from ONE MORE TIME!, a tribute to the original French duo.

Using a state of the art 3D LED cubed stage, original narratives and a live mixed musical production, the bespoke experience is designed to emulate an authentic Daft Punk concert by triggering multiple senses and creating a “transportive musical production”.

Although now having parted ways as Daft Punk, Thomas Bangalter and Guy-Manuel de Homem-Christo recently made headlines exactly one year after their split. Here, the two musicians joined Twitch to stream a live performance, celebrating the 25th anniversary of their renowned debut album, Homework.

For those eager to learn more about the backstory of the French musical legends, a new book by music journalist Gabriel Szatan is due to hit shelves in 2023. Titled, After Daft, the book will explore Daft Punk’s journey from their formation in 1993 up to their split in 2021.

Tickets for The Daft Punk Pyramid Dome Experience are on sale now, with prices starting from $49 for general admission and $110 for VIP entry.

Find out more about the event here.