Clean Bandit are going on an NFT-ticketed tour

Fans can save and sell tickets, flyers and collectibles from events as NFTs using the SeatlabNFT app. 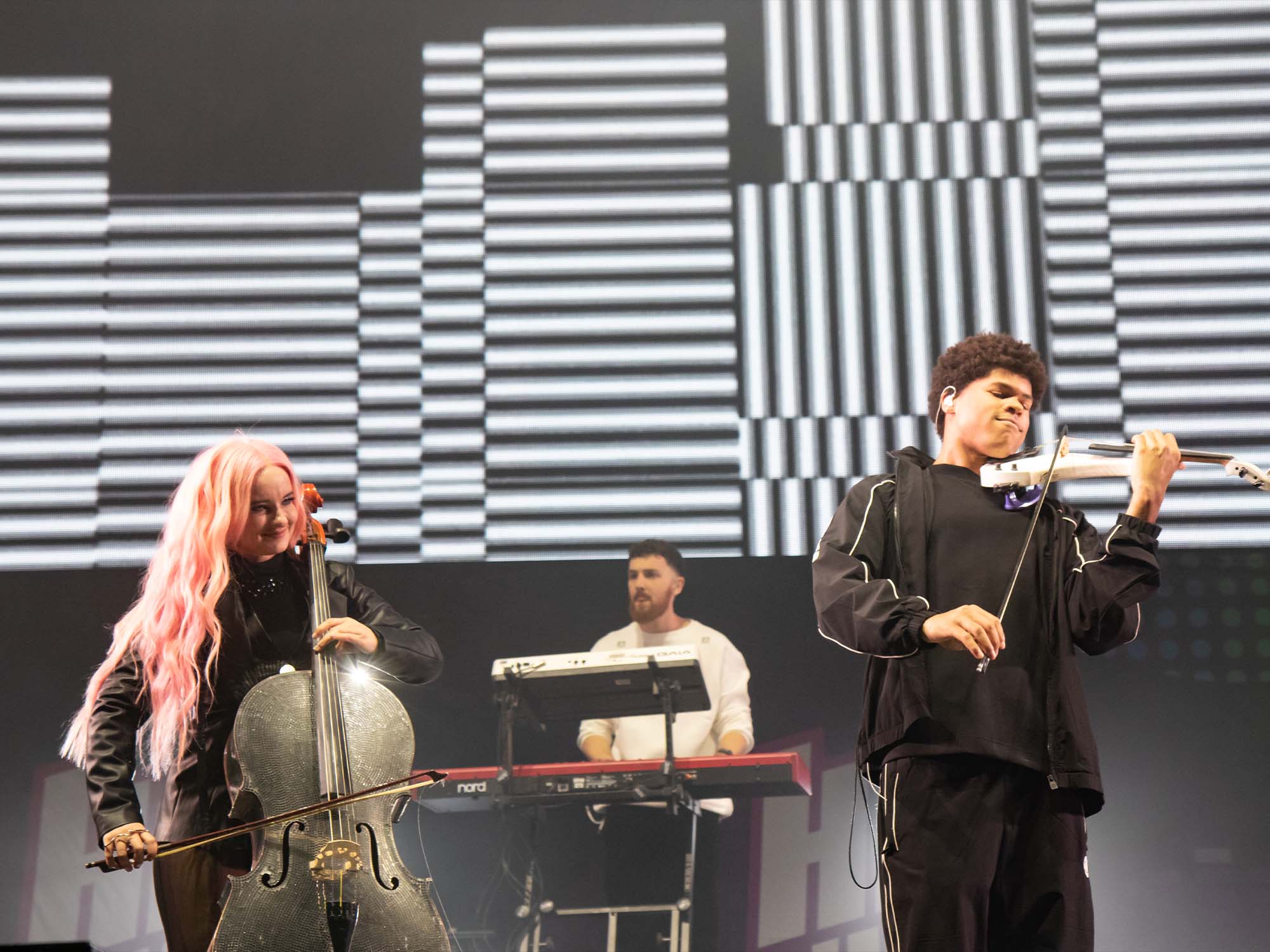 Clean Bandit are set to embark on a UK tour for which tickets are bought, and flyers and other collectibles are provided in the form of non-fungible tokens (NFTs).

The shows will be part of the Seatlab Sounds University freshers tour, a series of events run by NFT ticketing provider, SeatlabNFT. Also featuring on the tour are Bou, Hardy Caprio, R3WIRE and chart-toppers LF System.

SeatlabNFT is a mobile app that lets you buy tickets for events as NFTs on the blockchain, which can then be saved, stored and sold in exchange for SeatlabNFT’s own crypto coin, $SEAT.

The Seatlab Sounds tour will, according to SeatlabNFT, demonstrate the platform’s “revolutionary” web3 features by offering NFT collectibles alongside tickets. This includes its “high-impact, carbon-neutral” blockchain, SeatlabNFT Wallet, and deeper interaction between fans and artists.

For event organisers, NFT ticketing means that ticket fraud and ticket scalping can be largely avoided. Each NFT ticket is hosted on Seatlab’s blockchain via an immutable ledger. It also adds an immersive dimension to events, with fans being able to keep a souvenir with them and prolong the event experience long after it ends.

SeatlabNFT CEO Ryan Kenny says: “We’ve operated in live events for over a decade and have seen first-hand the problems that exist in the industry. We know there’s a huge amount of dissatisfaction from fans on all sides about how event ticketing currently works, and this is a great opportunity for us to show people that it’s possible to have an event ticketing platform that actually enhances the event experience, rather than being just another money maker.”

MusicTech reached out to the ticketing provider to learn more about the role Web3 technology can play in ticketing. The company said, “The nature of blockchain technology means NFT assets are easily verifiable and cannot be faked, copied or counterfeited. Our NFT tickets and collectables are attached to rotating QR codes to prevent unauthorised sharing.

“One of the most exciting aspects of NFT ticketing is engaging with and rewarding fans before, during and after events. NFT collectables that people can trade on the open market can be attached to tickets to encourage sales. Airdrops heighten engagement and offer a new way to interact with event-goers. We’re also pioneering Immersive Fan Passes that give holders exclusive benefits and incredible, never-before-seen opportunities to engage with their favourite artists while rewarding the artists who provide these amazing experiences.

“It’s an exciting time to build a Web3 project, and we genuinely believe that we’ll soon live in a world where Web3 is as much a part of our lives as the Web2 internet we know today.”

SeatlabNFT debuted its NFT ticketing technology at Lost Village festival this year, with over 4,500 people downloading the app. Attendees could become members of ‘The Lost Society 2022’ by claiming an NFT membership card, given via the SeatlabNFT app.

Clean Bandit’s Jack Patterson, who will be DJing on the Seatlab Sounds tour, featured on MusicTech’s My Forever Studio podcast in June.

The tour takes place at universities in the UK throughout September and into October. You can download the SeatlabNFT app, join the company’s Discord and find out more about the Seatlab Sounds tour featuring Clean Bandit at seatlabnft.com.