ARM chips, new iMacs and iOS 14; we follow the WWDC presentation live and find out if the rumours are true. 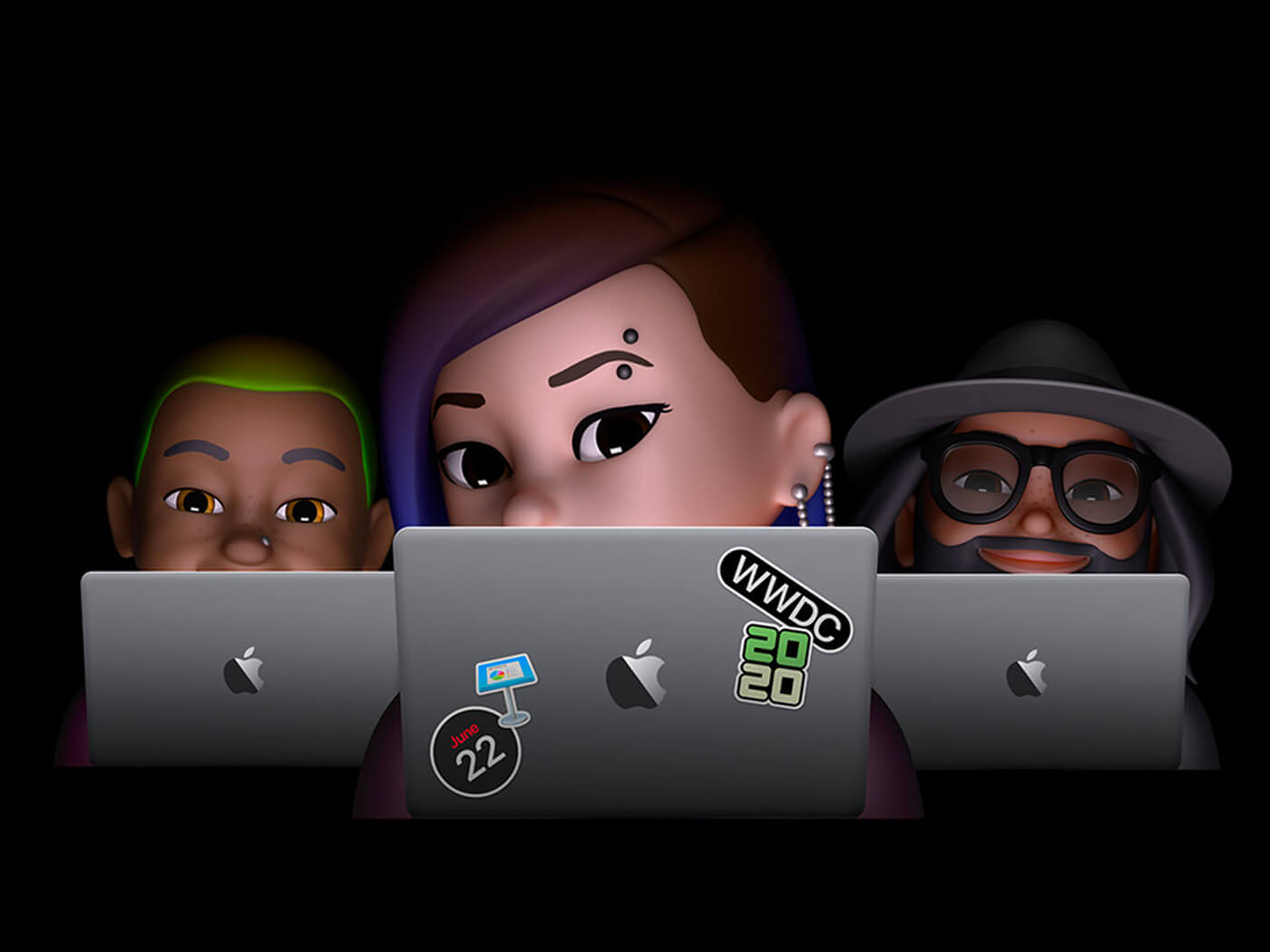 With the online edition of WWDC 2020 well underway, we’re bringing you live updates on what Apple has in store for those of us in the world of music technology. “Even though we can’t be together, we’re going to be more connected than ever”, says Tim Cook, CEO of Apple Inc, as he kicks off the presentation.

iOS 14 users will be able to take advantage of widgets, which can be added to iOS home pages to make many apps more immediately accessible. Users can use Smart Stack to pile up widgets and swiftly scroll through them to access the desired widget at any moment in time.

Although we are unlikely to see any use for these in music-making apps, there’s no doubt that music-listening apps like Apple Music and Spotify will have widget versions to quickly play, pause, skip and repeat your music. 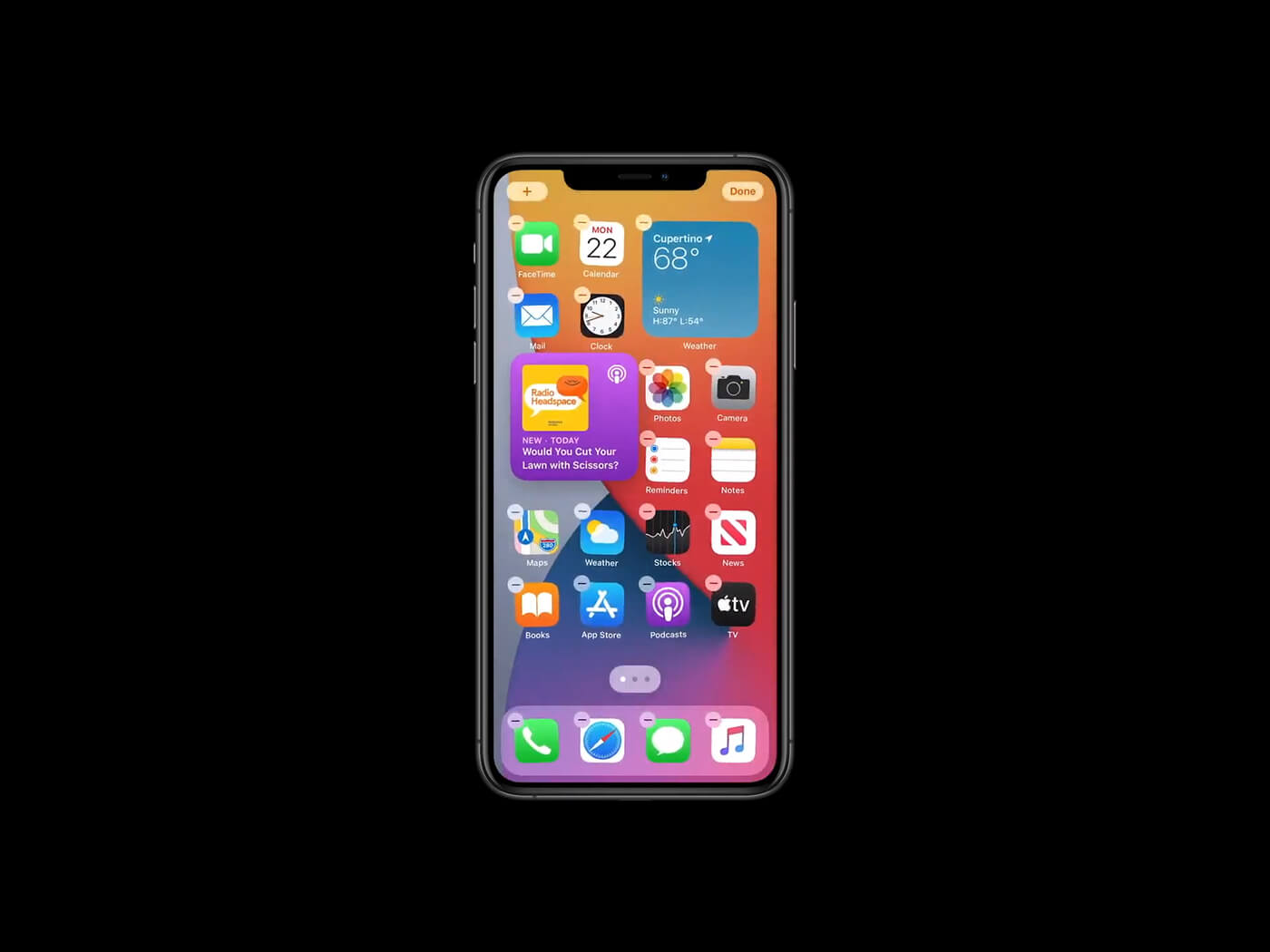 Despite not being directly linked to music production, it’s surely worth noting that Apple’s new app, Translate, is a huge step forward for iOS in recording, recognising and translating language. The app will allow you to record and translate phrases and speech in realtime.

App Clips are new to iOS 14, which gives users access to a fraction of an entire app, allowing immediate discovery for new places and services. In our world, this could be a valuable tool for locating nearby studios and rehearsal spaces in an unknown city whilst on tour and booking time via the studio’s dedicated App Clip – if they happen to have one. Perhaps brands like Discogs could make use of App Clips by providing users immediate access to nearby locations of record stores. Let’s see how the music industry finds ideal applications of this new feature.

Speculations of the ability to set non-Apple apps as defaults, as reported by 9to5Mac, appear not to be announced this year.  This would have marked an acceptance by Apple that some of its users prefer Google Maps and Waze to Apple Maps – or Gmail to Apple Mail. It looks like those particular users may have to continue using Apple’s factory apps for now.

Apple Music gets an update for iPad, with a full-screen mode that displays lyrics being recited in real-time. This will be an especially useful feature for tracks on Apple Music that make use of Genius‘ lyric annotation service.

Moving onto what are arguably the most popular wireless earbud of the 21st century, AirPods.

“Magically”, Apple says, AirPods will now switch their audio output depending on which device and app you move to. 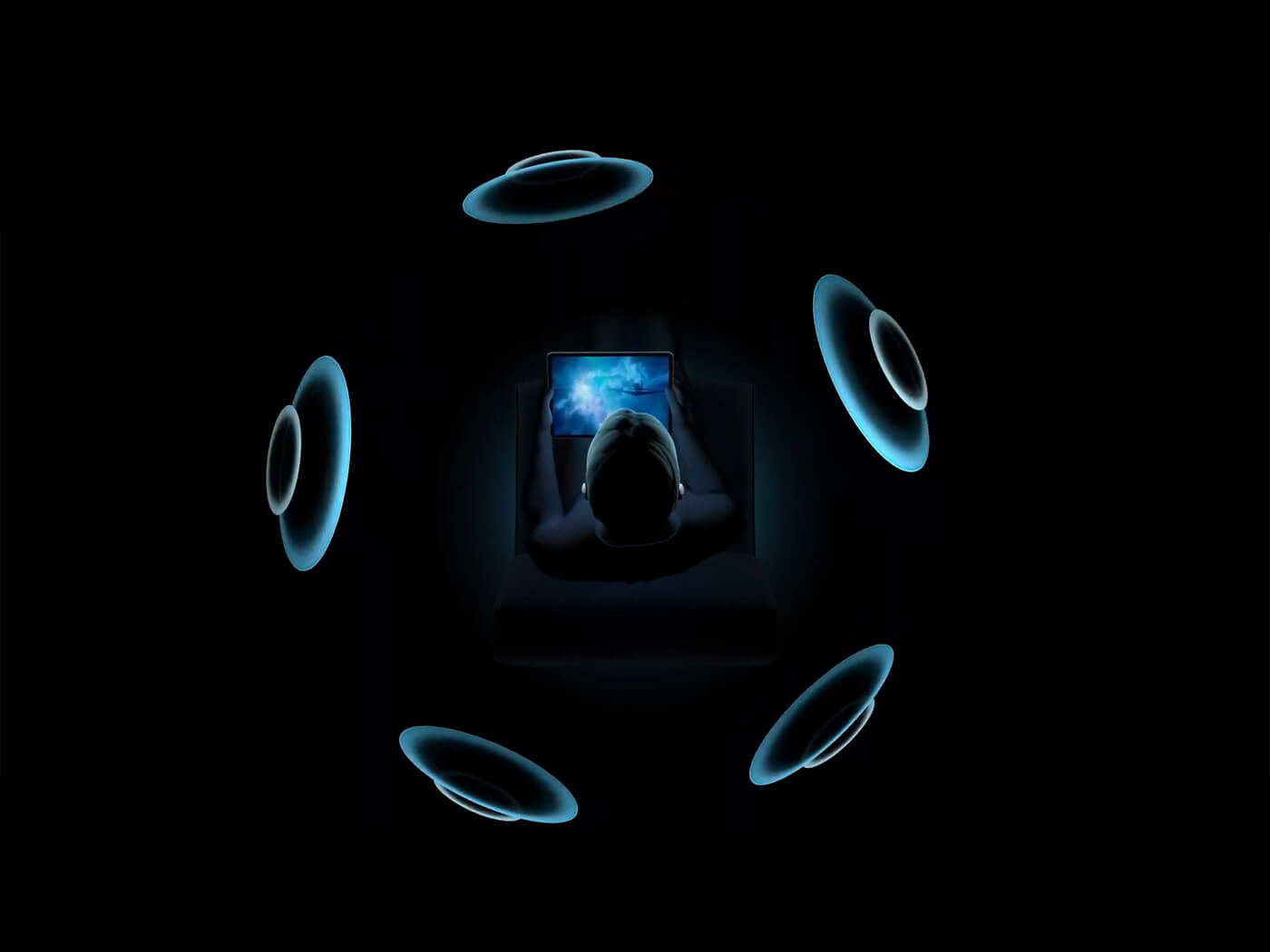 Spatial audio comes to AirPods Pro. Using the accelerometer and gyroscope in iOS devices, AirPods Pro is able to track your head movements in realtime to ensure an in-sync and immersive surround sound experience. Naturally, for us, this is huge news. It’s a shame Apple was so brief in its explanation of this – it really feels like a huge step forward in the capabilities of its AirPods Pro.

According to Apple Insider, Spatial Audio will be compatible with audio encoded in 5.1, 7.1 and Dolby Atmos.

We know COVID-19 has affected our industry though, so Hand Washing is an oddly welcomed app. Great news then – your Apple Watch can now ensure you’re washing your hands effectively(!).

Apple has committed to offering enhanced comprehension of what features certain apps are accessing on your devices. Let’s be real here – we’ve all downloaded a free music app that looks a little dodgy. Hopefully, this can give us the lowdown on whether that ringtone maker is actually going to invade our privacy or not.

For the most part, it looks like Big Sur brings mostly aesthetic improvements, with some changes in notification sounds. You can also now add widgets to Notification Centre, as you would on iOS 14, giving you immediate access to your favourite apps. This basically feels like a reintroduction of Dashboard, but it’s welcomed. 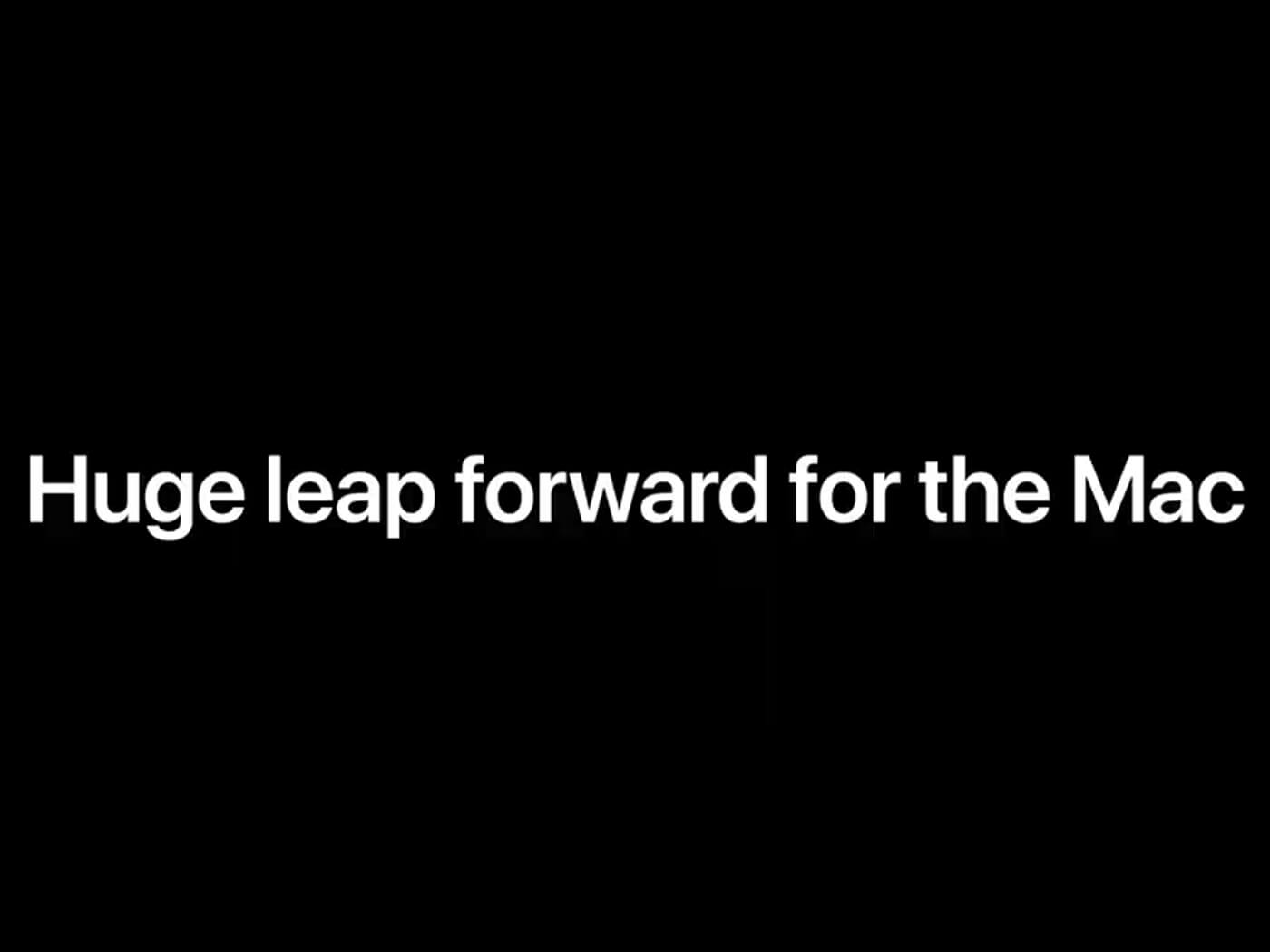 There’s also Catalyst, which transfers iPadOS apps to Mac. This, along with Rosetta (which gets a huge update), brings iOS apps straight to macOS. This could bring iOS music-making apps like BandLab and Moog Minimoog Model D to macOS. This will be primarily for developers rather than the average user, though.

Catalyst was announced last year, but with the introduction of an ARM-based System-on-a-Chip (SOC) to Apple’s iOS devices, it appears that this will be a more practical transition. The processor leading the charge will be the A12Z, the Z designation being exclusive Mac. But won’t we have all sorts of problems getting older apps to work on these new ARM-based machines? Apple says not.

That’s down to four key technologies. Universal 2 is a way for developers to compile applications that will run on both Intel and ARM processors. Rosetta 2 is a technology that translates apps designed to run on Intel chips when they’re installed. There’s also virtualisation for running virtual Windows and Linux machines on your Mac

Finally, a great number of iOS apps will open on the new macOS Big Sur running on Apple Silicon without any changes whatsoever. Is this the move that finally unifies the worlds of iOS and macOS?

In other news, the biggest update to Safari is here, with huge customisation options and enhancements to privacy control.

In a “historic moment” in Apple history, Tim Cook has announced that Mac devices have moved chips to Apple Silicon, a chip that has been in development for over a decade.

“Desktops demand the most performance but consume the most power”, Apple says. This is where the new chip could improve on the efficiency of Apple devices – it aims to provide the highest level of performance with far less power. Not only will this be more beneficial to machine learning applications but also to professional use and particularly in the performance of video games. 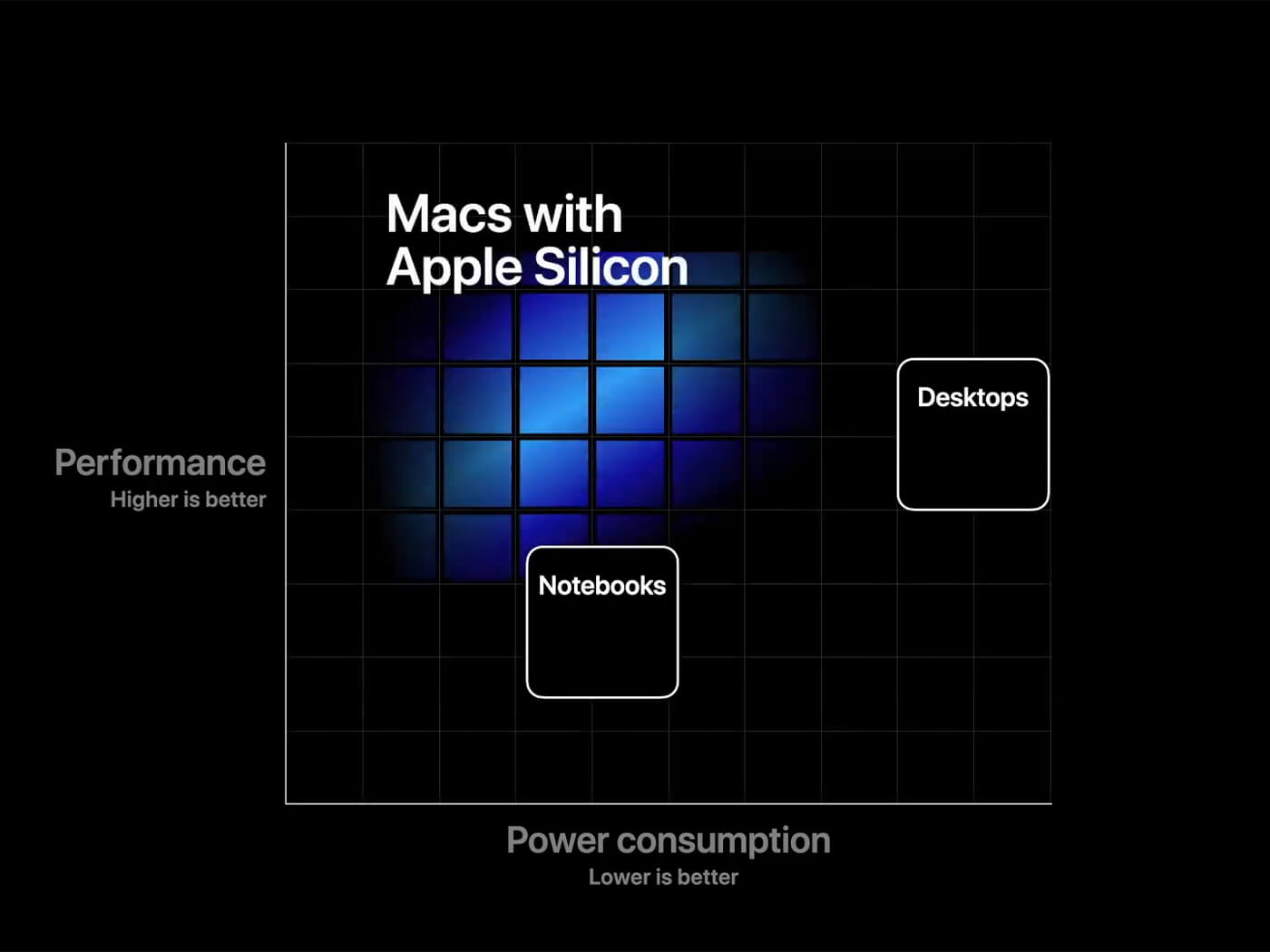 Mac hardware with Apple Silicon will be coming later this year, with the transition taking two years and Intel-based Macs continuing to be available.

Find My will add support for finding third-party products and accessories with the new Find My network accessory program. This will allow customers to use the Find My app to locate other important items in their lives, in addition to their Apple devices. User privacy remains central to the Find My network with end-to-end encryption built-in. A draft specification is available for accessory makers and product manufacturers starting today.

Where to watch Apple WWDC 2020