“SplitEQ is a fundamentally new type of musical tool” 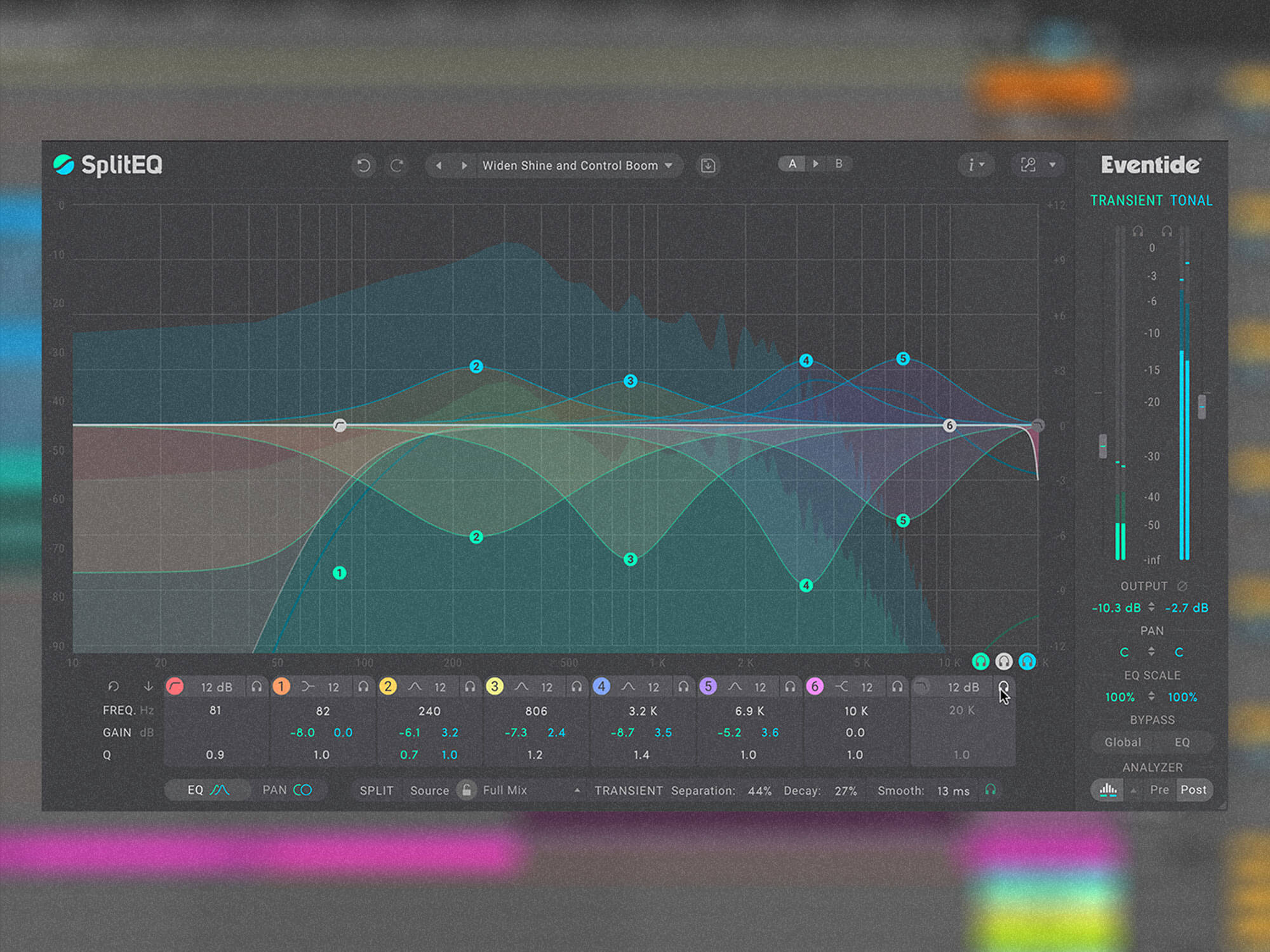 Eventide has unveiled SplitEQ, an eight-band EQ with a unique approach to equalisation. Instead of adjusting the overall frequency content of a signal, SplitEQ splits the signal into Transient and Tonal parts for precise processing. Eventide says that it’s “a fundamentally new type of musical tool.”

SplitEQ uses the brand’s Structural Split technology found in its Physion plug-in to separate Transient and Tonal streams. According to Eventide, this process mimics the human perception of tonal and transient elements of sound. Then, you can use the eight bands to boost or cut the exact part of the audio that needs correcting.

This means that you can, for example, cut the low-end of the initial transients of a strummed guitar, while accentuating the low-end in the overall tone. Peter McCulloch, a developer of SplitEQ, says: “We can all hear the transient and tonal parts of a sound – shouldn’t our EQs?”

It’s not just an audio correction tool, though, Eventide says. Thanks to independent Left/Right and Mid/Side panning options, you can get creative with the stereo imaging of a sound.

Eventide says you can use the analyser to “track down problematic resonances or transients by displaying the tonal and transient streams separately, adding a new dimension to your troubleshooting toolkit.”

For quick inspiration, Eventide has included 150 presets in SplitEQ, and an A/B button to audition two presets and settings.

SplitEQ is available now for macOS and Windows in VST, AAX and AU formats. Eventide is running an introductory offer on the plug-in, pricing it at $99, moving up to $179 thereafter.