The all analogue synth is inspired by the Synthi AKS. 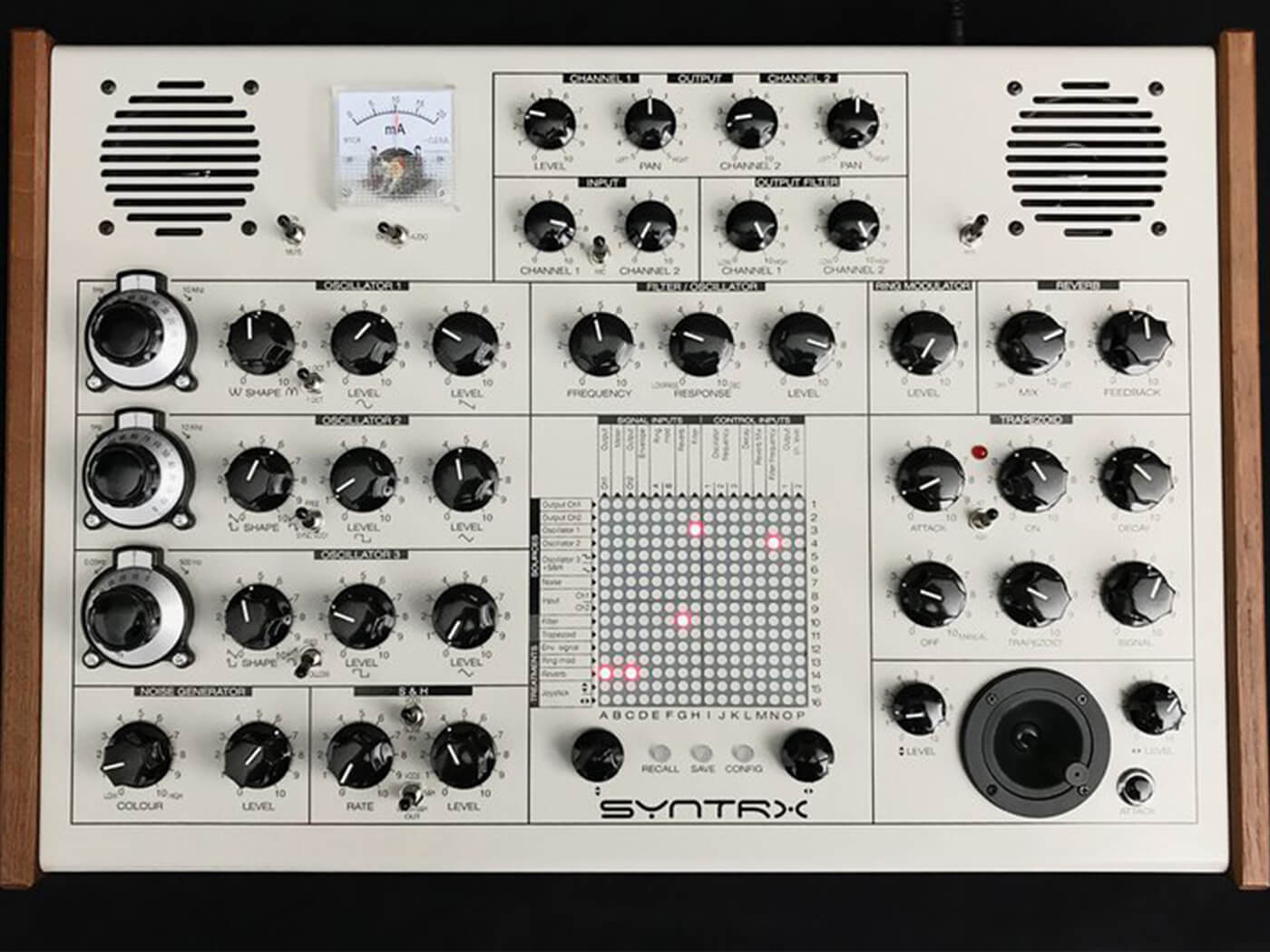 Seven days ago, Analogue Solutions announced its analogue titan, Colossus, inspired by the EMS Synthi 100. Today, Erica Synths, along with Riga Technical University, have introduced their take on one of EMS’ old synths, albeit slightly smaller than Colossus. SYNTRX is based on the Synthi AKS, which EMS released in 1972 and was famously used by Pink Floyd and Brian Eno.

The new synth is said by Erica Synths to be “developed from scratch all analogue synth with a digitally controlled patch matrix”. It features three oscillators that work over 8 octaves, a noise generator, an analogue filter and a trapezoid. It can be used as a trapeze or triangle shaped LFO or as an AHD envelope generator. Also featured is a ring modulator, spring reverb, joystick controller, and built-in speakers.

Extra features that were not present on the original AKS include a sample & hold circuit with individual clock, an octave switch for VCO1, sync of VCO2, and AD mode on the envelope. MIDI in also accepts CV, gate, modulation wheel messages and program change messages for the matrix control.

SYNTRX is presented in an aluminium enclosure with ash tree side panels.

Find out more at ericasynths.lv