The thunderous machine will “change your approach to electronic rhythm synthesis”. 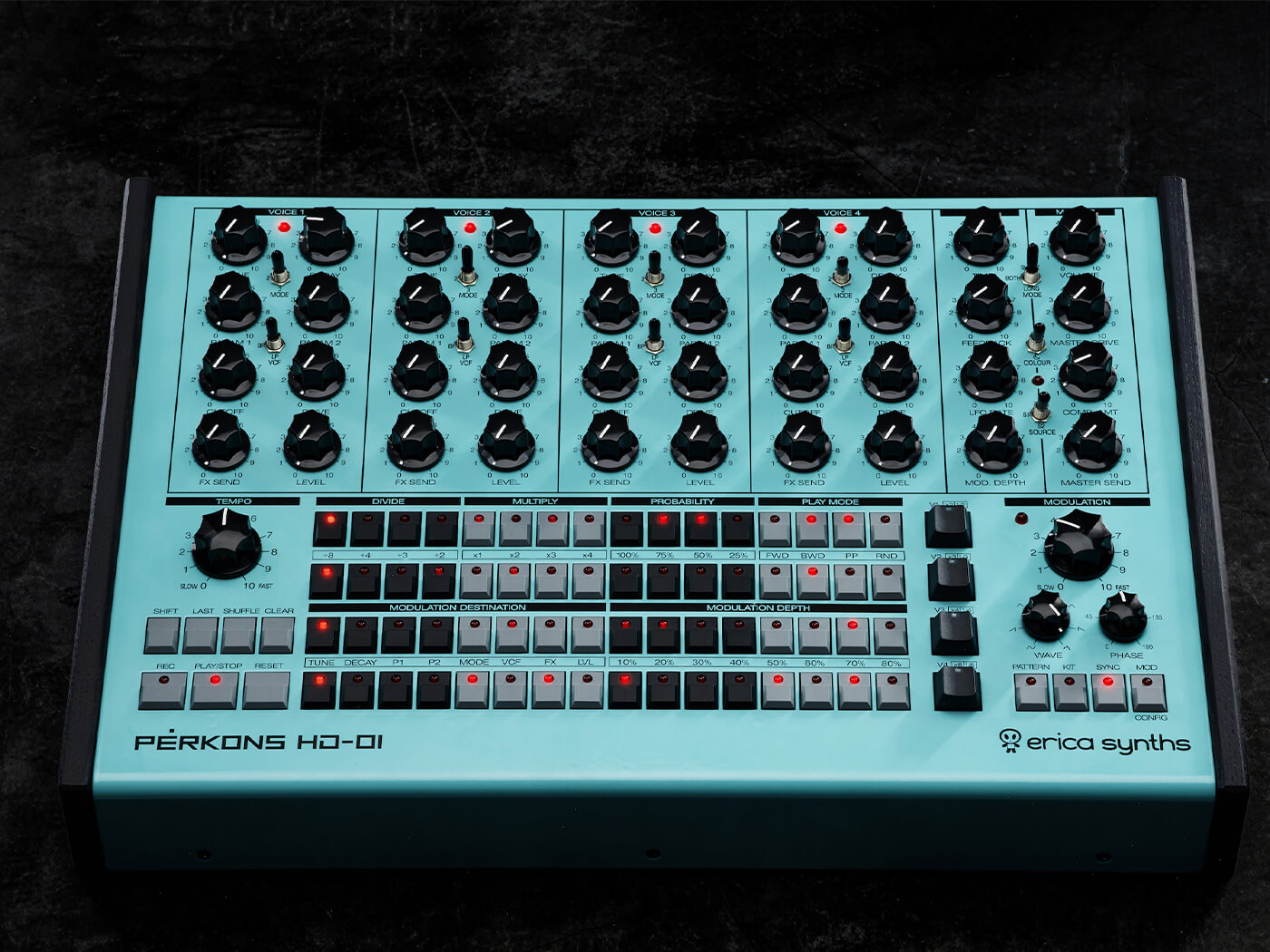 Perkons is named after the Baltic god of thunder and Erica Synths says that it will “strike your ears like the skies breaking apart and in all its magnificence it rides the wind”. The Latvian manufacturer adds that Perkons “will change your approach to electronic rhythm synthesis.”

Each of the instruments’ four voices has a digital oscillator that’s switchable between three modes and can be manipulated by eight parameters. These parameters include time, decay, filter and effects send. The filter can be switched between high-pass, band-pass and low-pass, and the effects send routes the voice to an analogue Bucket Bridge Delay (BBD) and optical compressor. A master overdrive will also offer a touch of warmth or heavy distortion. 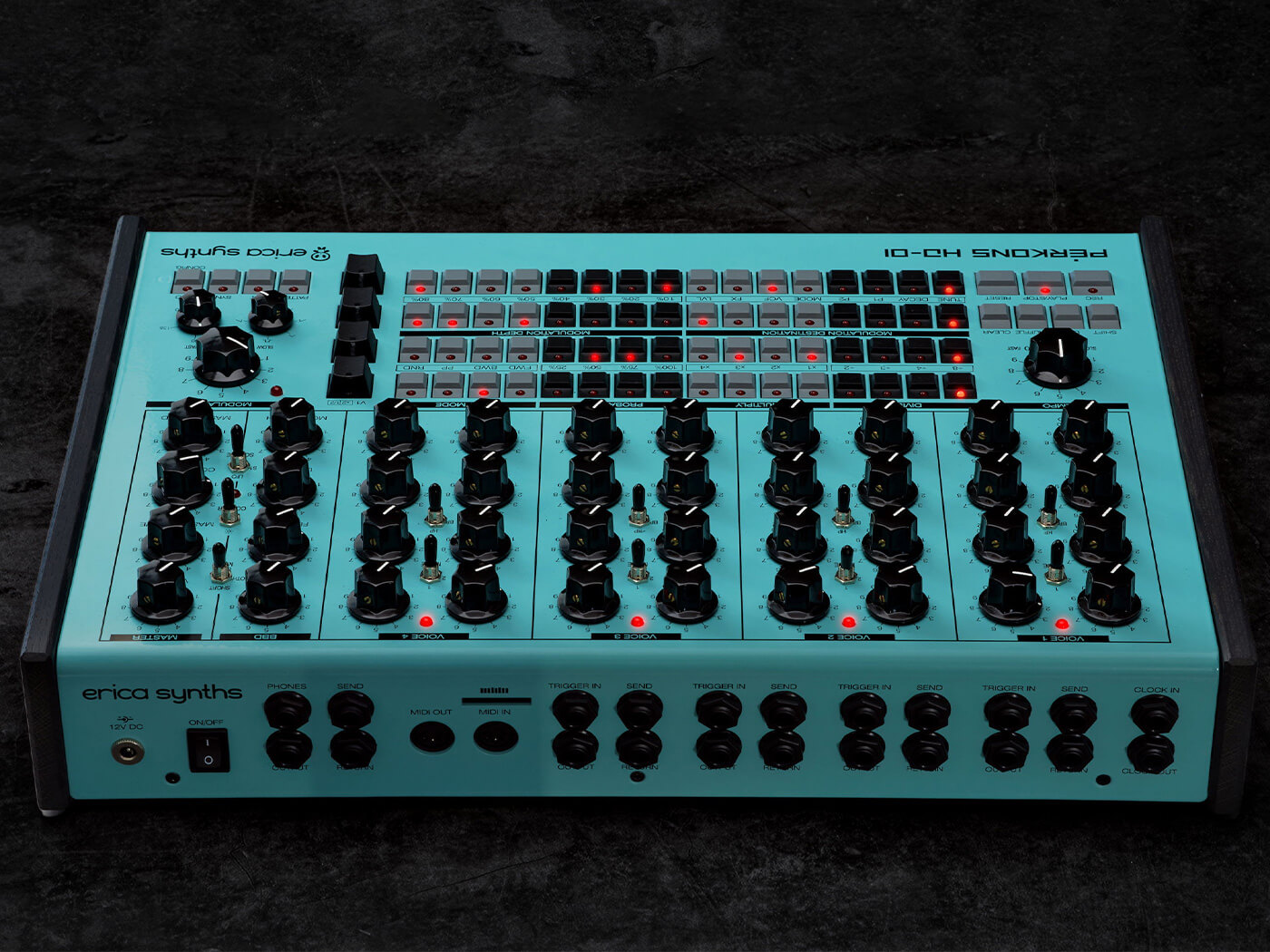 In addition, an LFO with morphing waveforms, phase shift and eight destinations can modulate all parameters for nuanced sound design. A four-track sequencer with four time divisions and four time multiplications are also included per voice, with four shuffle algorithms, per-step ratchets and probabilities for more exciting rhythms and programmes.

Producers with other external gear can connect each of Perkons’ voices via dedicated velocity-sensitive trigger inputs, individual outputs, and effects sends and returns with 6.3mm jack sockets. Perkons also has an SD card port to store and share up to 64 kits and patterns. Plus, Erica Synths says there is also “extensive MIDI implementation” for performing with MIDI controllers and other MIDI-enabled gear.