The app from the electronic music pioneer comes complete with continuous visuals. 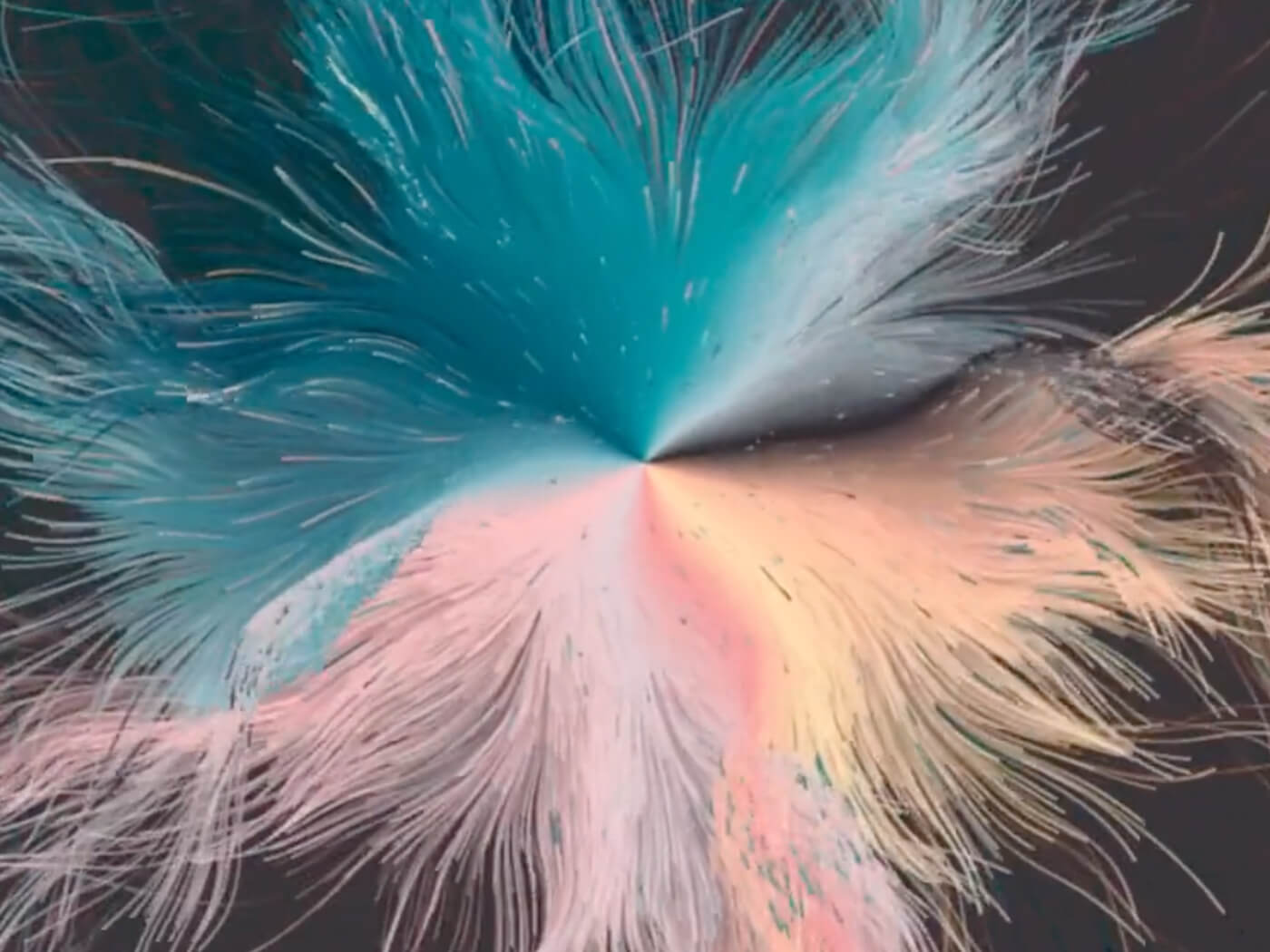 One of the visualisations from the Eon app

Jean-Michel Jarre, widely viewed as the godfather of electronic music, has been working on an iOS app that he is now sharing with the world. The dynamic app creates a continuous stream of the artist’s music, in an ever-evolving fashion, compiled of hours of original compositions recorded by the artist. Alex André from Sony Computer Science Laboratories, Inc. has assisted the project, providing visualisations that also endlessly evolve along with the music.

Jarre has composed and recorded musical elements specifically for EōN, which are then played back as an infinite, individual piece of art for each user. This includes beats, melodies, chords; all original material performed and recorded in Jarre’s studio. The music is accessible both online and offline, as the compositions and algorithms are built into the app itself. The nature of the programme means that users will never hear the same piece of music twice, providing a different experience every time.

Once Jarre had finished his compositions for the project, Alexis André brought the music to life with intricate, organic visuals that flow infinitely along to music. Alexis Zbik and Vianney Apreleff of BLEASS, a French music tech company, encoded the final algorithm with artistic direction from Jarre, defining the rules and orchestration of the music within the app.

The global premiere of the app takes place at the Web Summit 2019 in Lisbon, which is currently underway. EōN is named after the ancient Greek god of time and eternity, as a reflection of the nature of the project.

Jean-Michel Jarre is at the forefront of artists using new technology for music, most recently in partnership with TheWaveVR, allowing users to experience his latest album, Equinoxe Infinity, in virtual reality. With technology at the core of everything we do today, Jarre believes that “this is the most exciting time in history to make music”. Commenting on the app, Jarre said “I named this project EōN as it best defines exactly what it is – an infinite musical and visual creation. Personally, I truly feel that EōN is one of my most exciting creative projects since my debut Oxygene.”

Priced at $8.99 / €9.99 / £8.99, the app will be updated regularly with new features and will also be available to other platforms, including Android, in the near future. Download it from the app store here.