The exciting new technology has entered the beta testing phase. 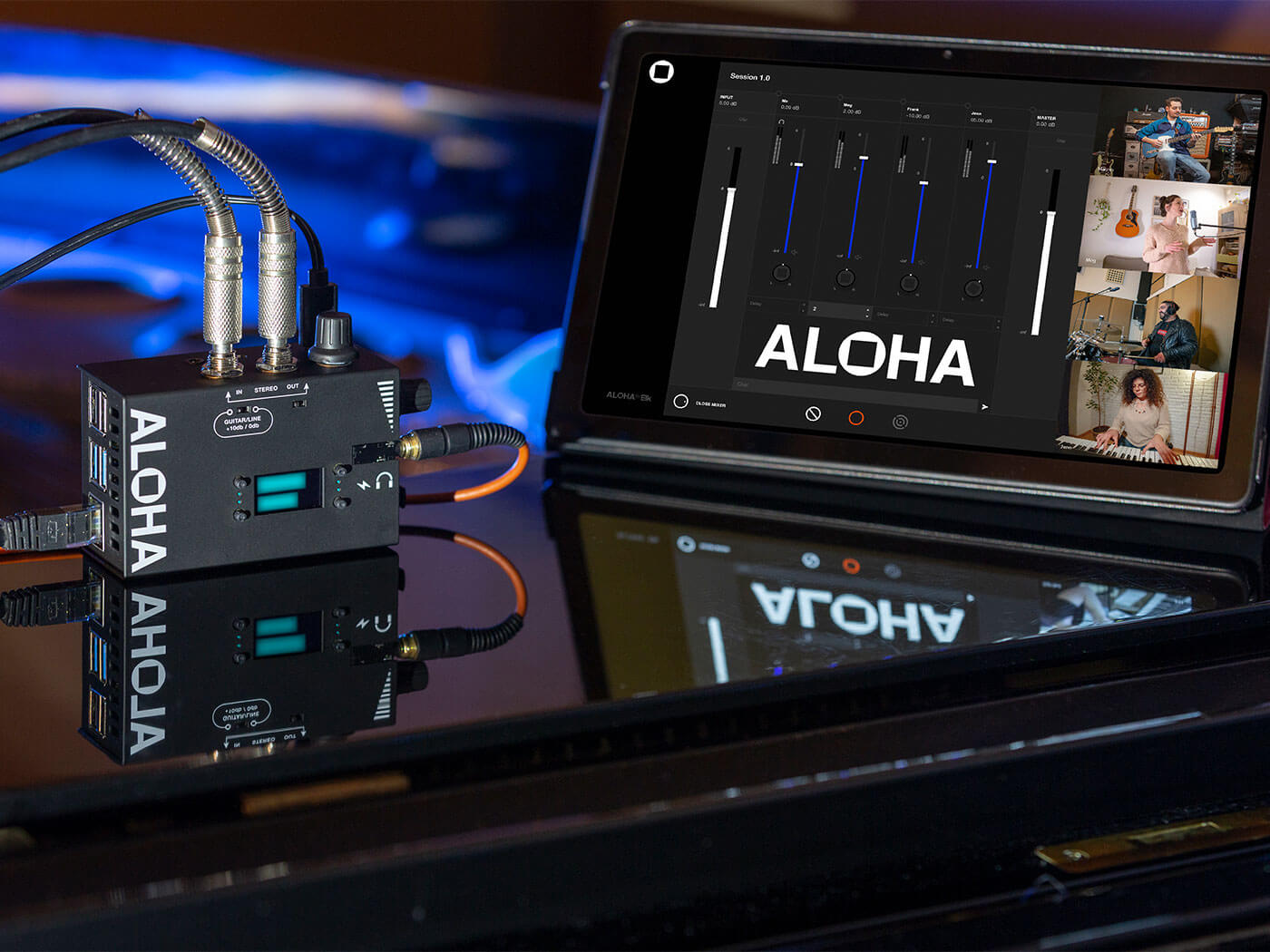 2020 has made us all realise that we aren’t quite there yet with online music collaboration. Video chat services and consumer-grade broadband have proven unequipped to facilitate real-time music rehearsing and jamming. Fortunately, Elk Audio has been working on Aloha.

Aloha – named after Elvis and NBC’s 1973 satellite concert, Aloha from Hawaii – is an application with an accompanying hardware interface that lets you send audio and MIDI data to another musician or producer that’s in a studio thousands of kilometres away from you. They’ll receive your signal with a maximum of 2ms latency to then play along with you or record your music into a session. Elk Audio boldly, though perhaps rightly, claims “[Aloha] is used to connect people in real-time over the internet to play together like they were in the same room”. Check it out below.

Using the app, you can set levels for your monitor mix and the levels of the instruments being sent through Aloha.

There are Ethernet ports to connect directly to your wireless router for optimum internet speeds with 5G capabilities on the way, thanks to a partnership between Elk Audio and Ericsson. Elk Audio says that Aloha has been developed with normal cable internet connections in mind. Naturally, though, the faster speeds the better.

Aloha is powered by Elk Audio OS, which has previously been used to power a desktop version of the Retrologue VST synth at Superbooth 2019. It’s also been used to create a custom guitar for Muse’s Matt Bellamy, who played soft synths on tour using the guitar; namely, the Arturia Prophet V. Anything that is Elk Powered is also Aloha powered, so long as it has an ethernet port or 5G chip.

It’s remarkable to see this kind of technology emerge, particularly in light of the technical difficulties made known by the pandemic. It also demonstrates how 5G can positively impact music technology in the near future – it won’t be that long until its supreme speed is readily accessible to all. Over 2,000 people have signed up to beta testing, with a release slated for mid-2021. Watch this space.

Find out more at alohabyelk.com.