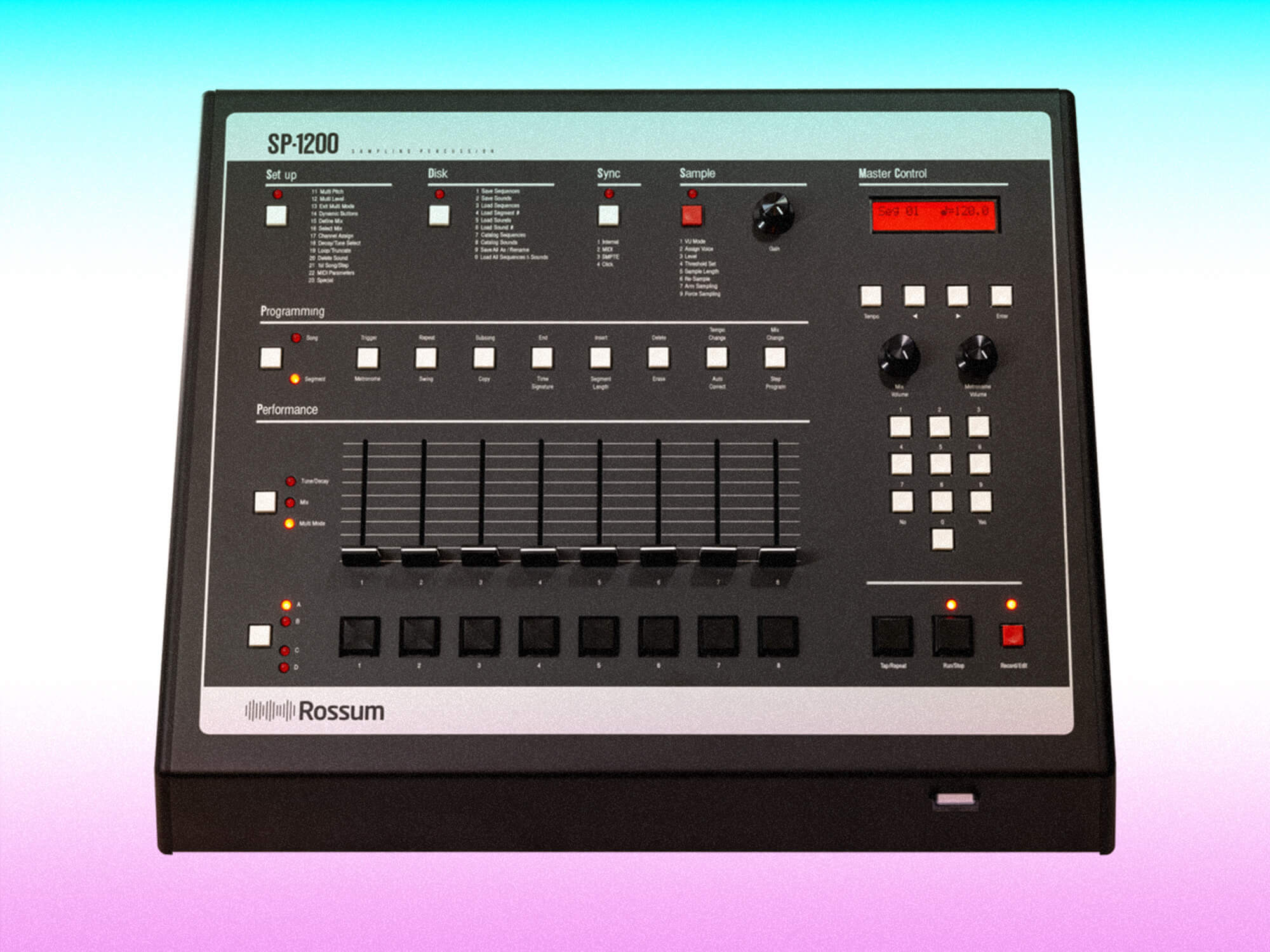 Rossum Electro-Music, headed up by E-Mu founder Dave Rossum, has reissued the SP-1200 sampler, 35 years after the original release. Rossum’s reissue may seem new, but its architecture is as authentic as it gets, sporting 12-bit processing and a 26.04kHz sampling rate, as with the original SP-12 and SP-1200 units.

Rossum Electro based the reissue on the 35th Anniversary SP-1200 Renovation model, in which the brand studied a range of vintage units and their properties. After analysing the old SP-1200s using “modern technology not available during SP-1200’s original production run”, Rossum says, it found that almost all original components can be used to create an authentic reissue.

Therefore, the SP-1200 reissue boasts the original analogue and digital circuitry of the 12-bit drum machine and sampler. Or “as closely as is possible thirty-five years after its debut”, Rossum Electro claims.

Some modern improvements have been made, of course, including an extended sampling time to 20 seconds. The original sound engine was only capable of 10 seconds of sampling time due to costs of RAM in the 80s – but producers found a clever trick to extend this, resulting in some interesting textures from the SP-1200. 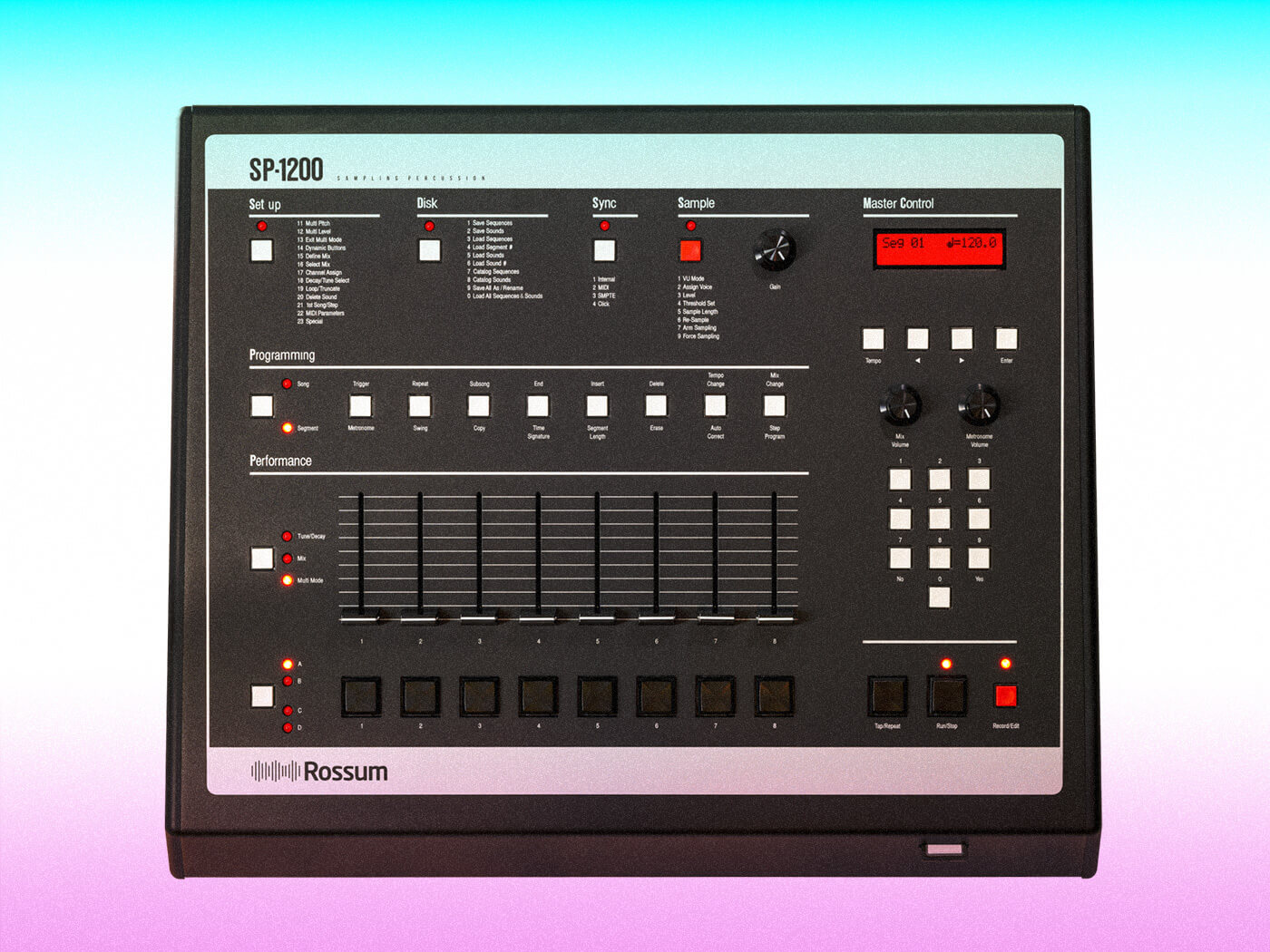 Rossum adds that the “unmistakable character of SP-1200s authentic, original pitch-shifting and its audible aliasing and imaging artefacts are preserved identically.

The SP-1200’s floppy drive has been swapped for an SD card slot to easily transfer samples from a laptop to the sampler, or vice versa. Rossum has also included a 3.5-inch floppy disk with the reissue that contains modified software for original SP-1200 units. This floppy disk adds a new function that allows you to transfer all sounds and sequences from an E-Mu SP-1200 to a Rossum SP-1200 via MIDI cable. This means that owners of a vintage E-Mu SP-1200 can remix their projects on the 2021 Rossum SP-1200. 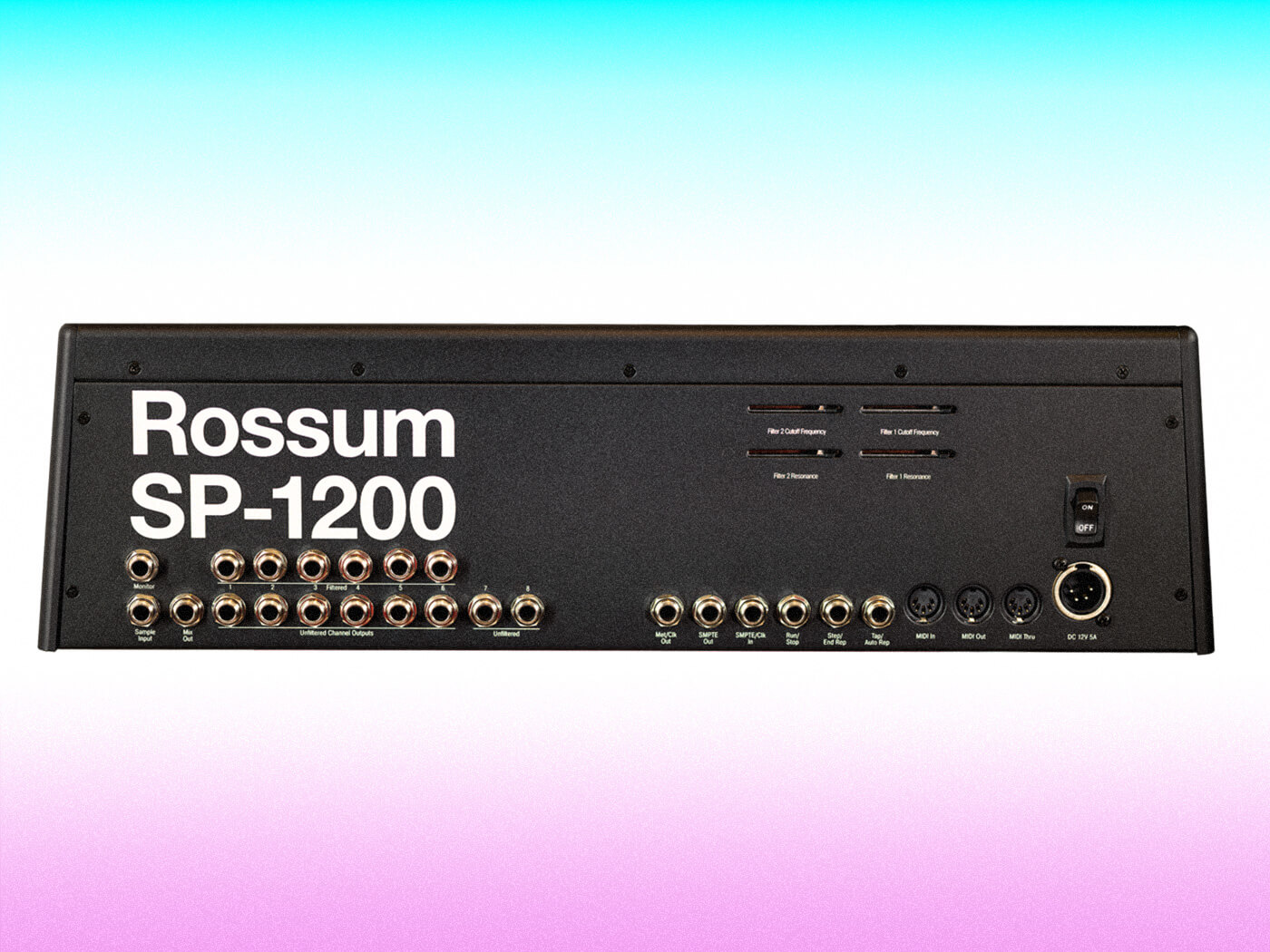 The SP-1200’s original filter is one omission from Rossum’s SP-1200, due to unobtainable parts. However, Rossum has collaborated with Sound Semiconductor Inc to design the SSI2144 IC filter which emulates the original analogue circuit using modern processing and packaging.

Aesthetically, the Rossum SP-1200 seemingly takes inspiration from E-Mu SP-1200’s that have been modded by fans over the years. The display is backlit using RGB LEDs, and the casing is finished in a sleek dark black.

Pre-orders for the Rossum SP-1200 are open now. The brand says it’s already sold through the first two lots of its manufacturing capacity, but pre-orders for the third lot are open for shipping by the end of Spring 2022. A unit won’t come cheap, though, with a price tag of $3,999 and a maximum limit of two units per customer.