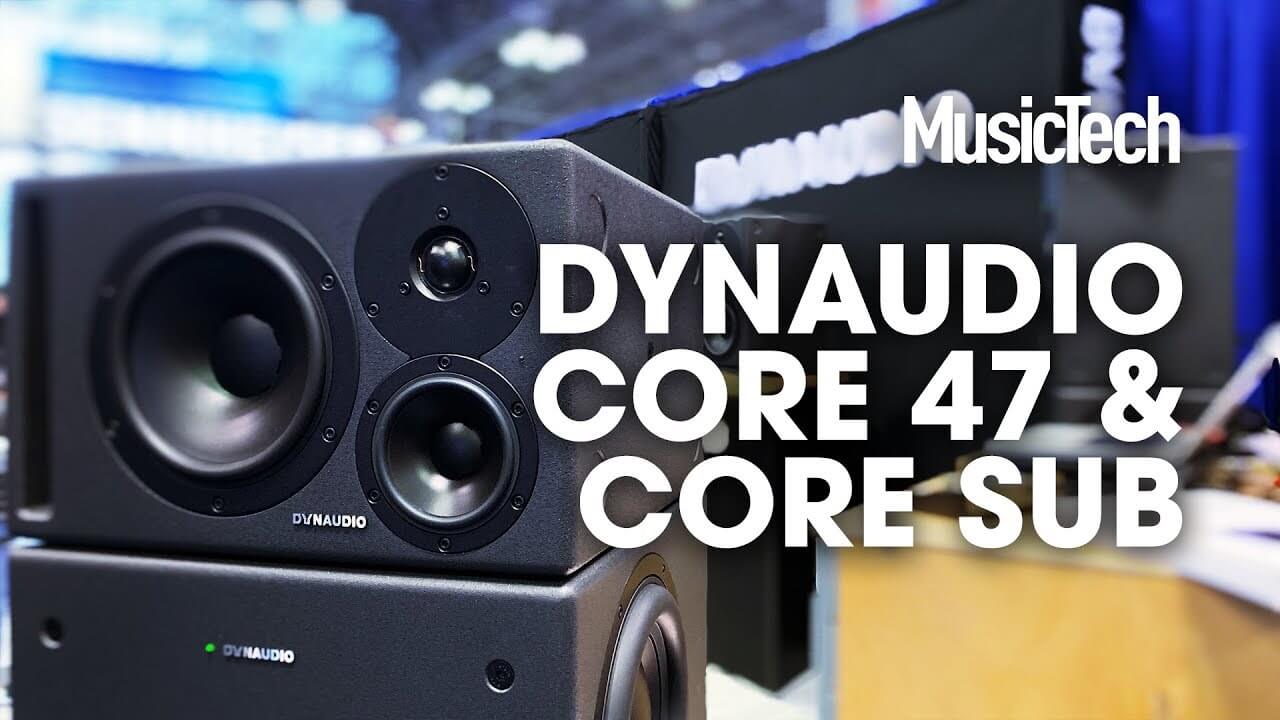 Based on Dynaudio’s flagship studio monitor, the Core 59, comes the Core 47. The Core 47 is named so for its four-inch midrange driver and seven-inch woofer. The speaker boasts 1150 watts, split three ways, with 500 watts for the woofer, 500 watts for the midrange and 150 for the tweeter. The entire Core series features Pascal Class D amplification.

The Dynaudio Core 47 has a 3dB roll-off at 44Hz, and a 6dB roll-off at 37Hz, with the company telling us that its a “smooth, linear roll-off.”. It features the same DSP processing and filters as its big brother, the Core 59, all just in a more compact form factor.

For those looking to go even lower, Dynaudio have launched the Core Sub. This “beast”, as Dynaudio fittingly describes it, can hit frequencies as low as 13Hz. Going down to 13Hz allows for a linear response up to 20Hz. The Core Sub has 1000 watts, with Pascal Class D Amplification, and sports four drivers, placed in a way that makes the bass emanate in all directions, as opposed to forward-facing.

The Core 47 and Core Sub have been designed for professionals, finding themselves in smaller creative spaces, such as Mastering Studios, Atmos Rooms and Broadcast Production Trucks.

Find out more at dynaudio.com

See what else we’ve discovered at AES New York 2019 here.