The brand is remaining covert about the specs of the Raindrops stompbox. 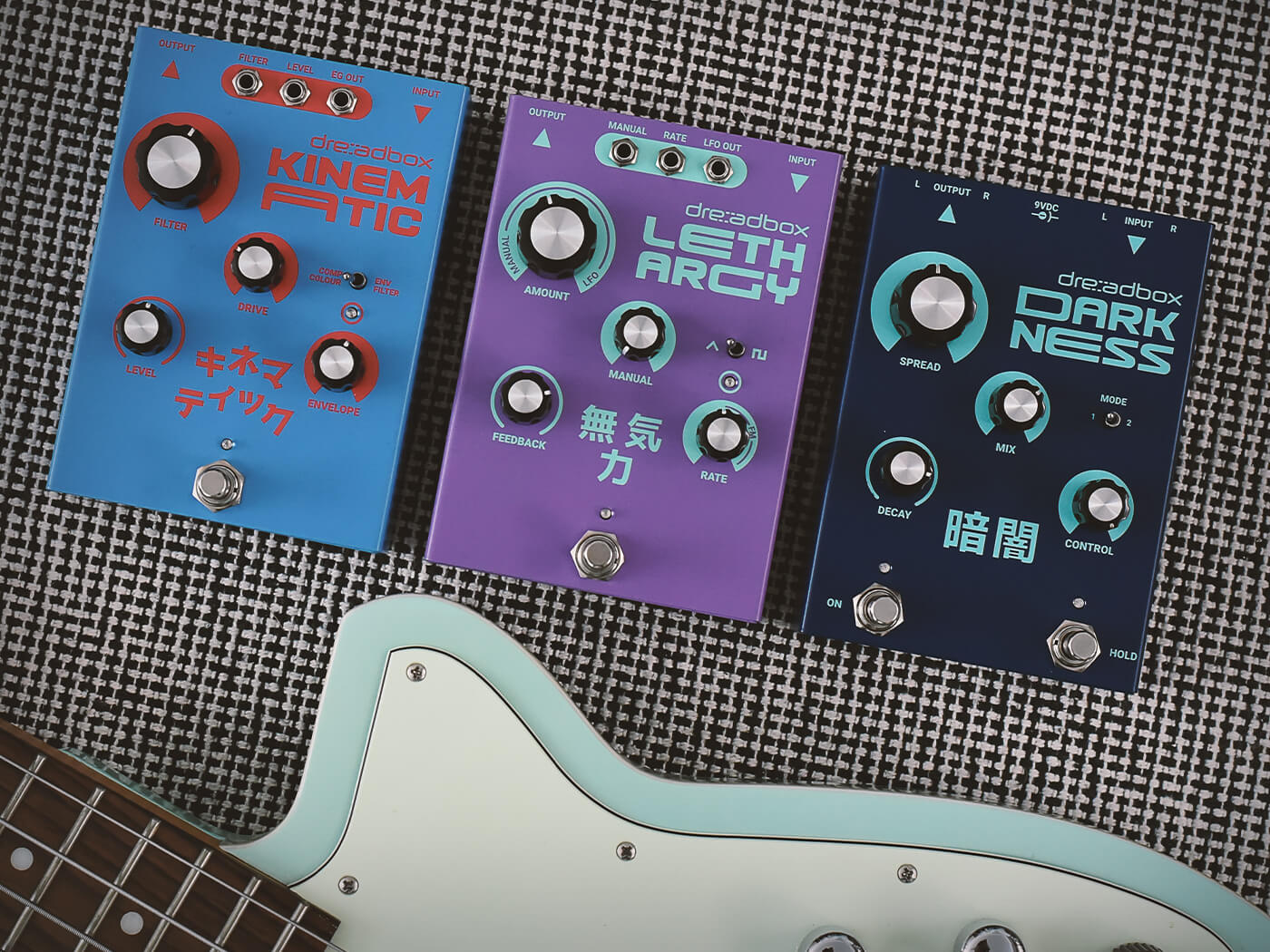 Greek music tech brand Dreadbox has announced the Darkness, Kinematic, Raindrops and Lethargy effects pedals. The company teased the four new pedals on its Instagram account last week and is keeping us in the dark about Raindrops, despite images being available.

The new pedals are based on the design of the Komorebi pedal, released in 2018. Each stompbox is built with four knobs, a footswitch or two, and a switch that alters the behaviour of the effect. Kinematic and Lethargy are also compatible with Eurorack, with three patch ports housed along the top and all require nine volts of power. They’re all quite easy on the eyes, too. 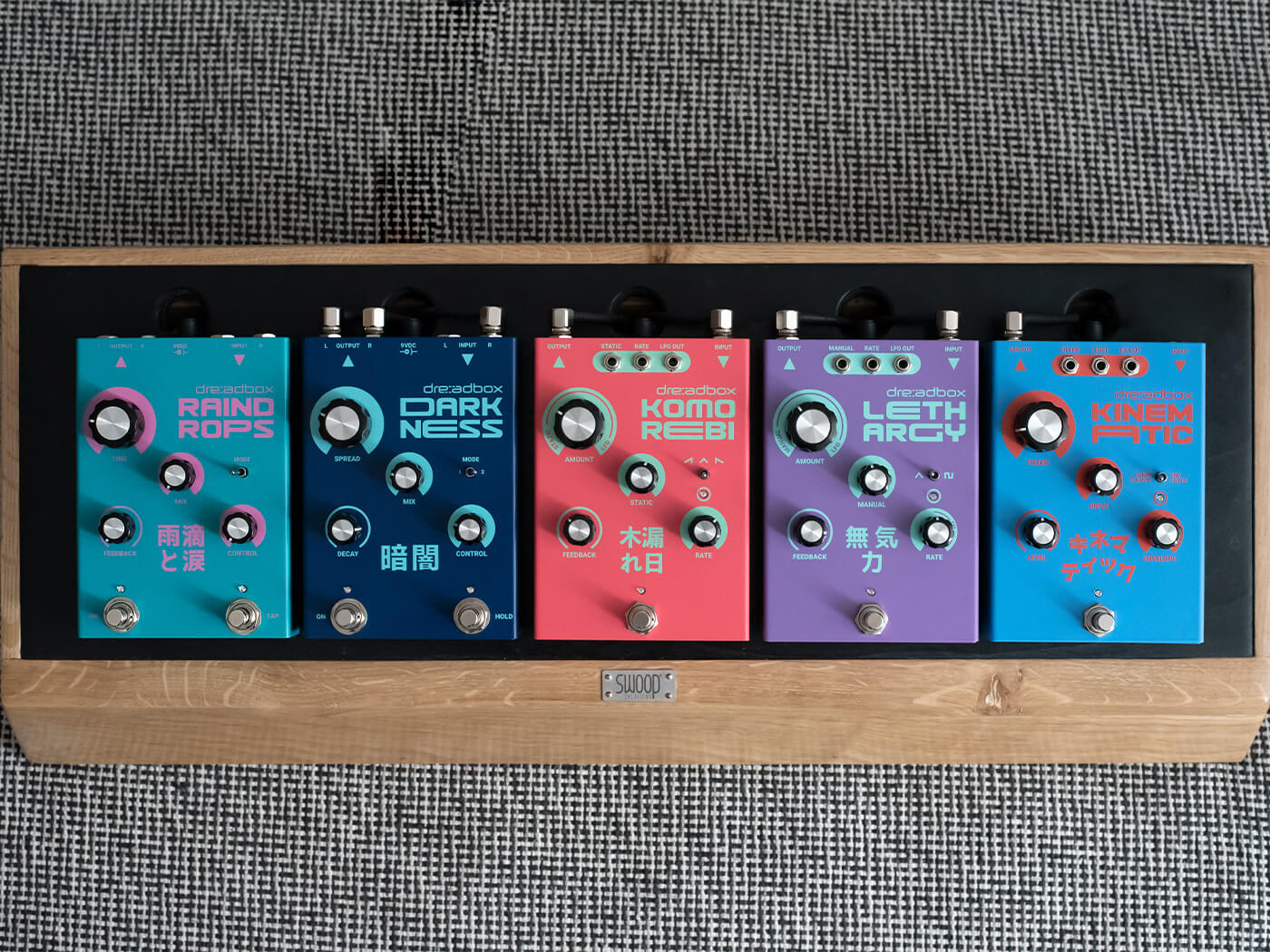 The midnight blue Darkness pedal is a digital stereo reverb that is capable of imparting small reflections onto your sounds or expand the space into “huge, shimmering and endless reverbs”, according to Dreadbox. Dials for spread, mix, decay and Control are featured, with two modes for Control. Mode 1 will let you control the modulation rate of reverb tails, and mode 2 lets you apply a gate and define the release time.

Decay times of Darkness extend to up to 30 seconds, plus selectable pitch shift with a range of 12 semitones. A 2-pole damping filter, high- or low-pass, lets you shape the sound. The pedal processes audio at 32bit/48kHz.

Lethargy is a fully-analogue eight-stage phase shifter with controls for amount, feedback, rate and Manual. Two different LFO waves can be selected, with the LFO rate reaching up to 110Hz. The Manual knob will let you set the initial phase shift degrees, as with a filter cutoff control. A footswitch is onboard for quick bypassing, and amount will let you control the balance between the LFO and Manual control.

Three patch points for Manual, Rate and LFO Out are available along the top for Eurorack compatibility. Dreadbox says this purple pedal is ideal for creating a vibrato effect.

The blue box can hook up to Euroack to control filter, level and EG out, with a footswitch for bypassing. Kinematic boosts audio level by up to 18dB.

Dreadbox has revealed pictures of Raindrops but has made no announcement of the functions of the pedal. Photos of the pink and turquoise stompbox suggest that this is a stereo delay and looper effect, with controls for time, mix, feedback and Control. Dreadbox says that more details will be revealed soon. 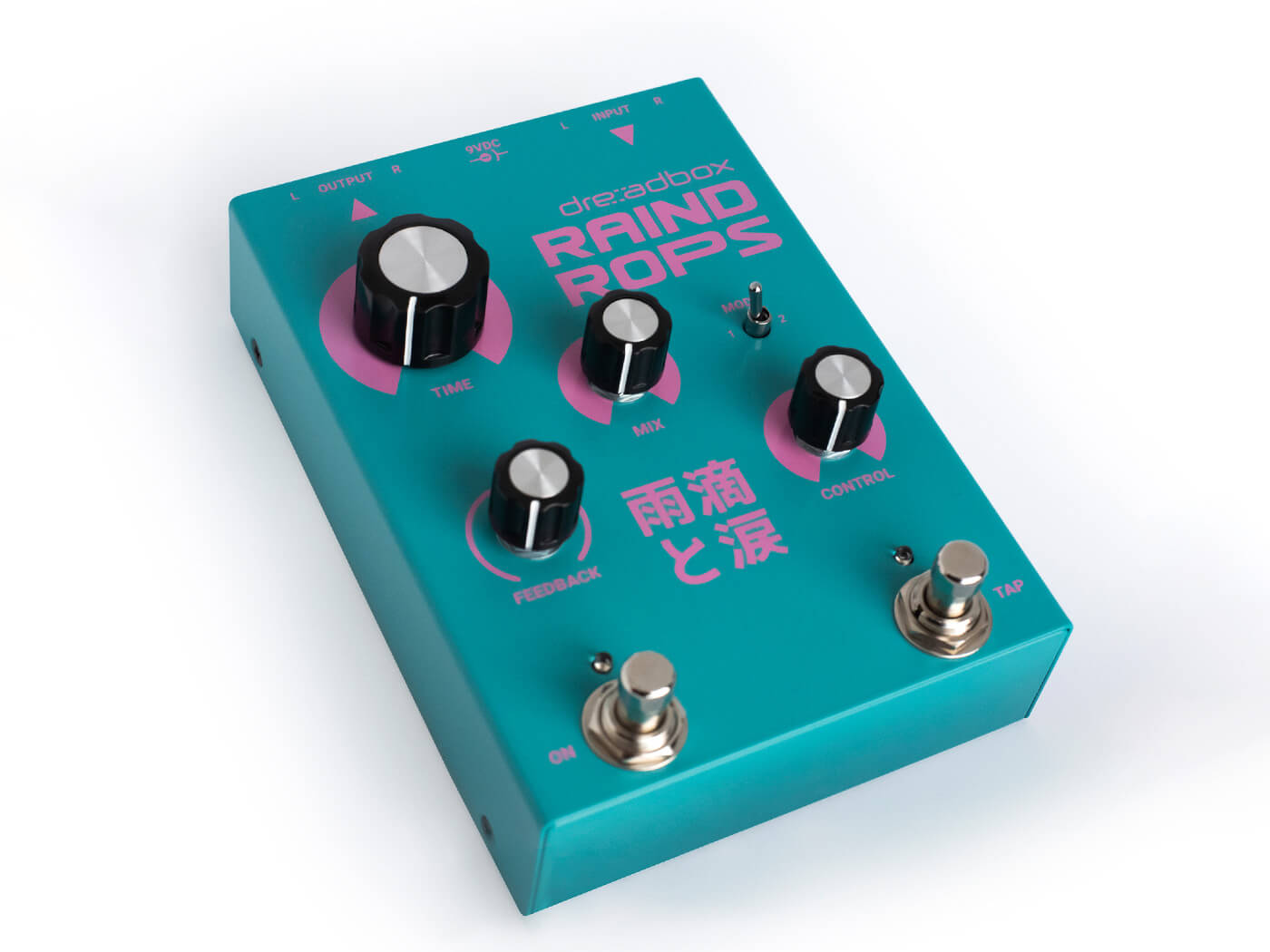 Learn more about Kinematic, Lethargy and Darkness at dreadbox-fx.com.