Add a dose of Euphoria and Antidote to your Eurorack system at a low cost. 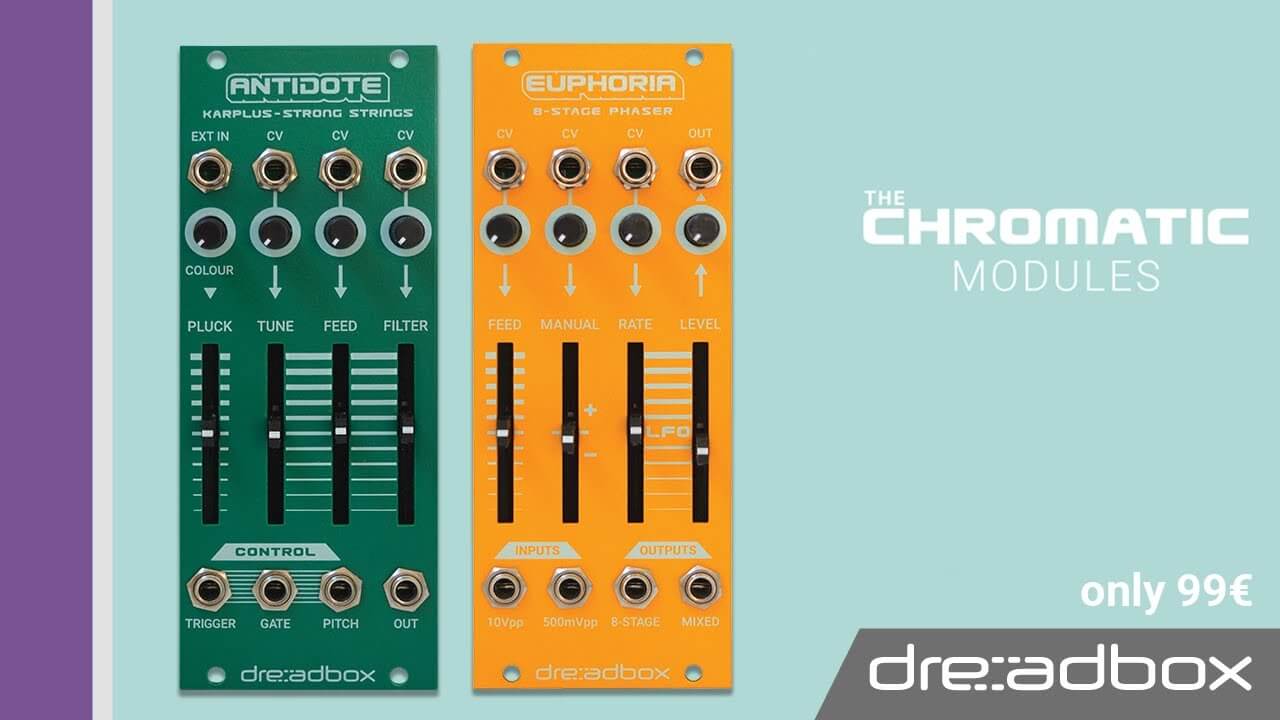 Greek synth creator Dreadbox has introduced two new 10HP modules to its Chromatic series. Following suit with their siblings, Antidote and Euphoria will cost you less than €100, letting you experiment with modular at a reasonable price.

Dreadbox’s green module, Antidote, is a full Karplus-Strong synth voice, which means it uses physical modelling synthesis to create unique sounds. Its analogue circuit is based on a 512stages BBD (Bucket Brigade Device) chip with an onboard noise generator that features a variable decay – this can be used to achieve pluck sounds. Antidote sports two analogue low-pass filters with the Output filter also capable of being used as a low-pass gate. 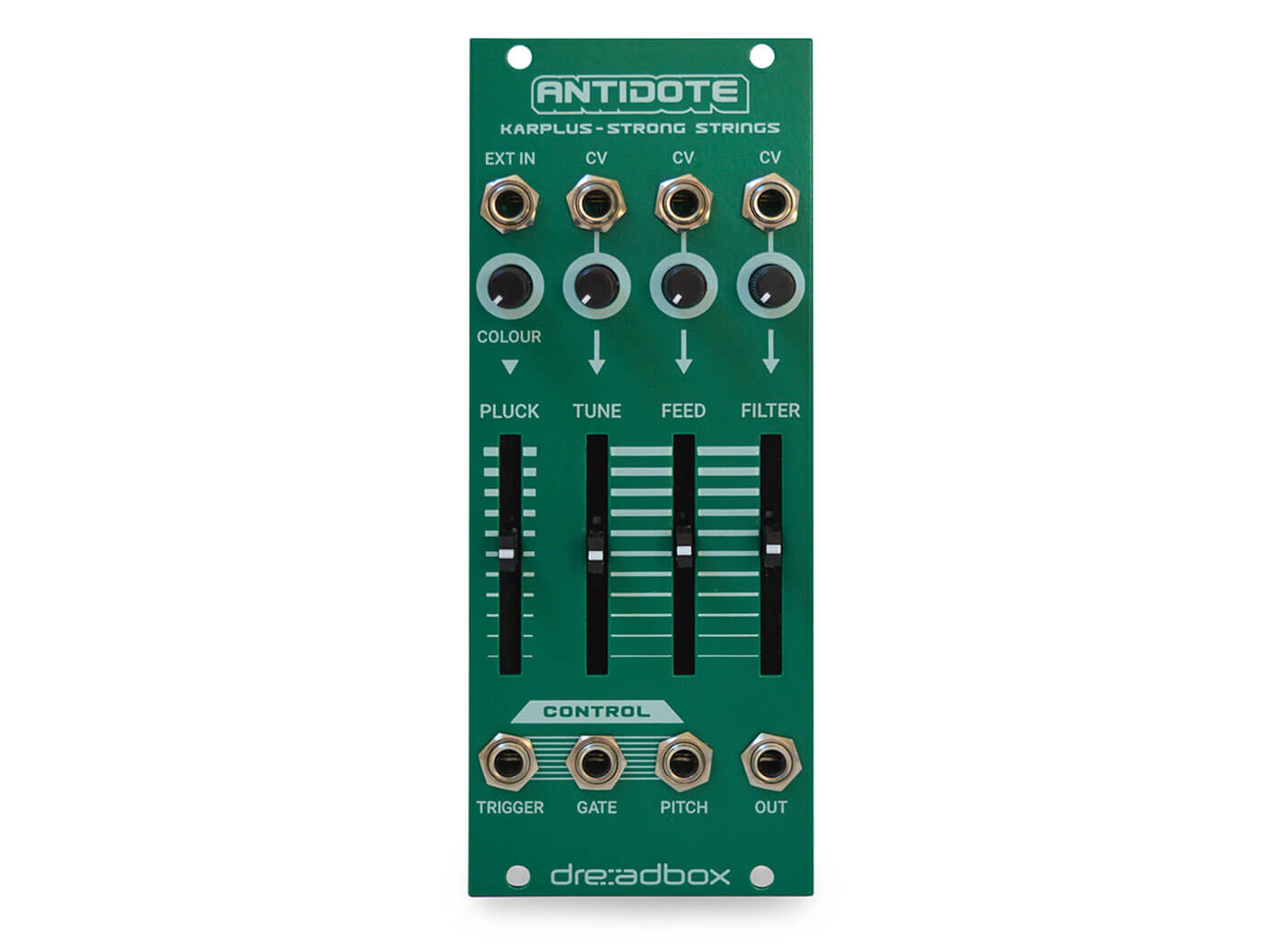 As well as being a noisemaker in its own right, Antidote can also process external audio signals as a resonator. If you apply an external LFO, you can also use it as a flanger and chorus.

The new yellow Chromatics module is Dreadbox’s Euphoria: a full analogue 8-stage phase shifter, with a warm sound based on OTA chips. Euphoria can be used to create phase AM sounds and can also be used with low-level signal inputs that require a gain boost, including guitars and other fretted instruments. The module features an internal voltage controlled LFO with a triangle shape and a wide frequency range. 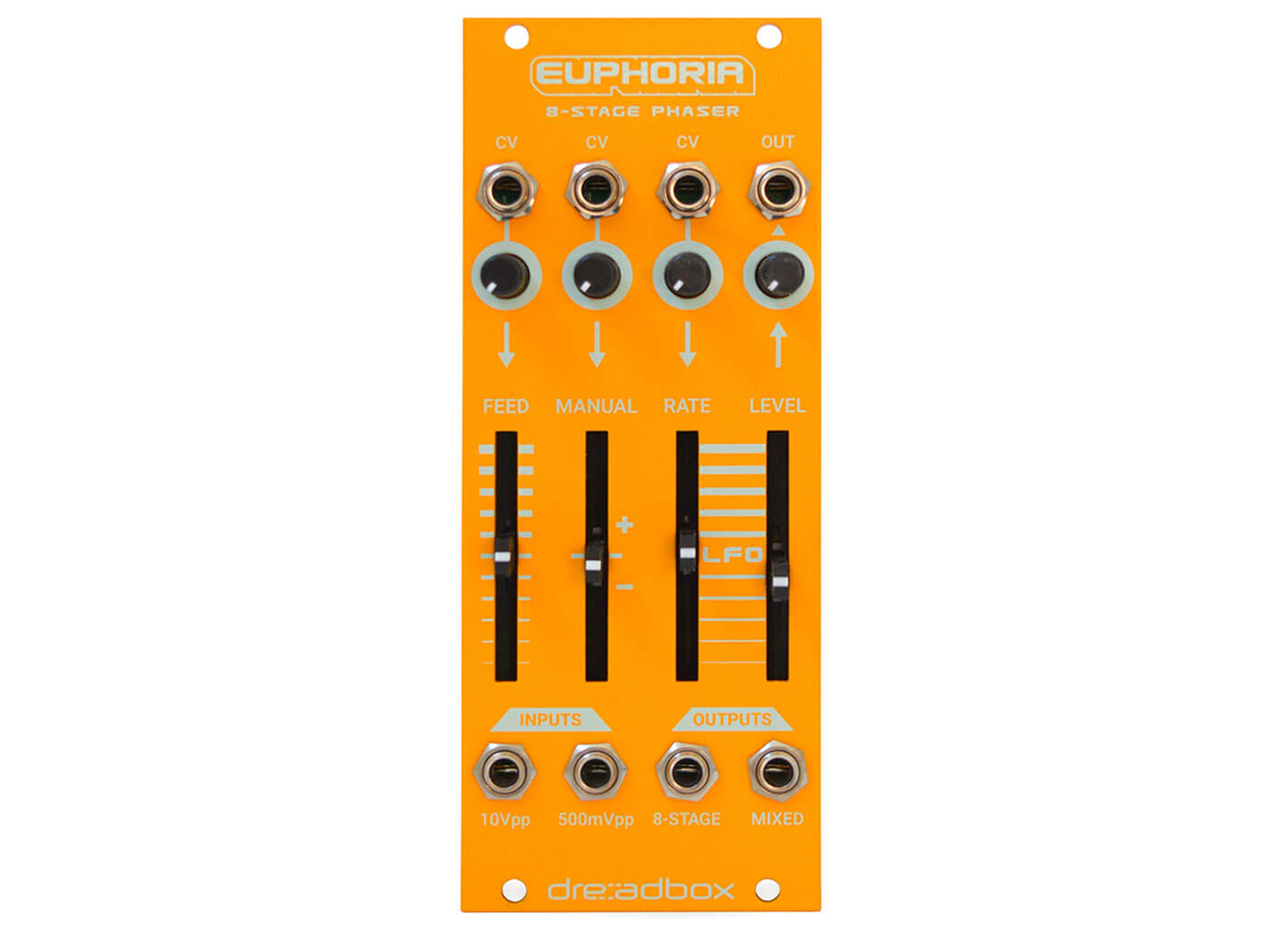 Both these modules seem capable of helping you make some pretty gnarly sounds, particularly if you’ve been collecting other Dreadbox Chromatics modules.

Dreadbox Antidote and Dreadbox Euphoria will be available from mid-November at a price of €99. Find out more at dreadbox-fx.com.