Dr Böhm From Mars brings rare, unique grooves from 1982 to your DAW 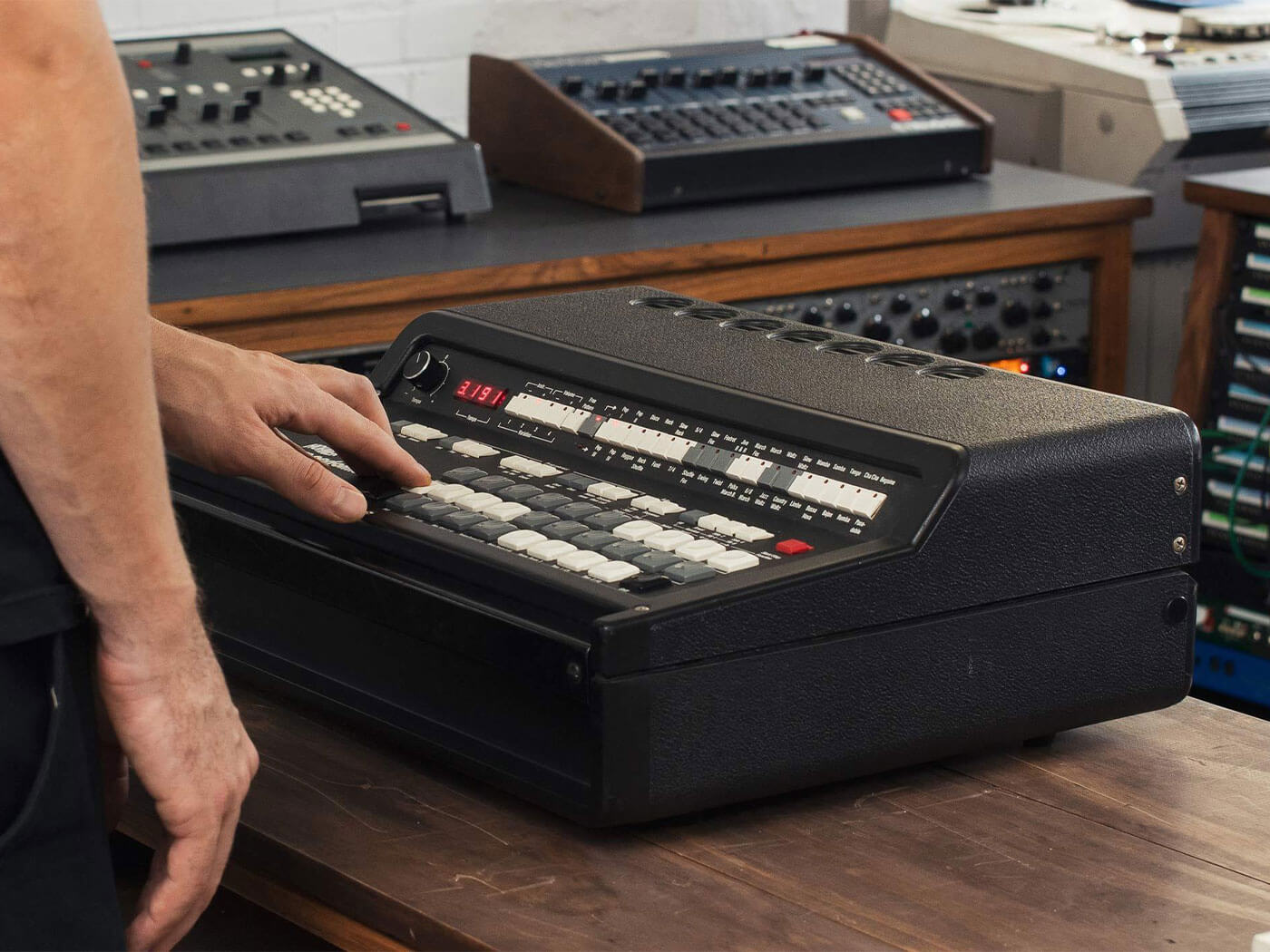 Samples From Mars has spent years bringing the sounds of yesteryear to the present with its extensive sample packs. The company has now got its hands on an extremely rare, vintage German drum machine from 1982, Böhm Digital Drums – often dubbed as the ‘German LinnDrum’. Admittedly, this isn’t due to the appearance of the Böhm, which takes a slightly different approach to other drum machines, looking more like a typewriter than a beatmaker. Instead, the sounds are very reminiscent of the grooves that LinnDrum was responsible for, channelling New Order, Depeche Mode, Human League and other influential acts of that era.

Dr Böhm Digital Drums is a 13bit, EPROM (Erasable Programmable Read-Only Memory) drum machine, that features 25 digital drum samples passing through a filter that helps create that lo-fi disco sound we can hear. As Samples From Mars correctly points out “Info for these machines is sparse (especially for a non-German reader) and it seems the only consensus is that there’s no consensus”.

The enigmatic drum machine sports a unique sequencer, which is said to be “humanised” by the original creator, and comes packed with a set of factory patterns, fills and breaks, as well as allowing the user to program their own. Samples From Mars dug deep to find more information about the sequencer and decoded the Dr Böhm manual to find the following information:

“With the so-called humaniser, the live character of an actual drummer is modelled by using a random generator – individual instrument stops are minimally delayed. For example: while the hand clap has a relatively large time delay and built-in chance of error, the bass drum’s limits are set very tight.”

To bring the full versatility of Dr Böhm’s ‘humanised’ sequencer, Samples From Mars recorded 40 factory patterns, 40 factory fills, 40 custom patterns and 40 stripped patterns, sampled at tempos from 70-128bpm, along with 55 one-shot samples. The drum machine was recorded through the company’s API 1608 console. The Dr Böhm Digital Drums was also unique in its output, splitting sounds across the stereo spectrum. Not only does this mean you can have a wide stereo image on your drums, but you can mono sum the entire pattern, or isolate a single channel, effectively doubling the amount of patterns you have access to.

Having its final say on the unusual drum machine, Samples From Mars said “So does the Dr Böhm deserve the nickname “The German LinnDrum”? We think it deserves even better. In building an over-engineered rhythm box, the Böhm was perhaps too ahead of its time to achieve commercial success but this is what makes it so charming, under-rated and ripe for an awesome sample pack.”

Dr Böhm From Mars is available for download now at a discounted rate of $14.50, RRP $30. Find out more at SampleFromMars.com