DPA Microphones have today announced the launch of the d:dictate series. This new build incorporates some of the best pre-amplifiers with the best capsules to deliver a high quality of sound reproduction.  Here is DPA’s official press release regarding this launch, more in-depth info to follow!   Alleroed, Denmark, May 7th, 2013: DPA Microphones is […] 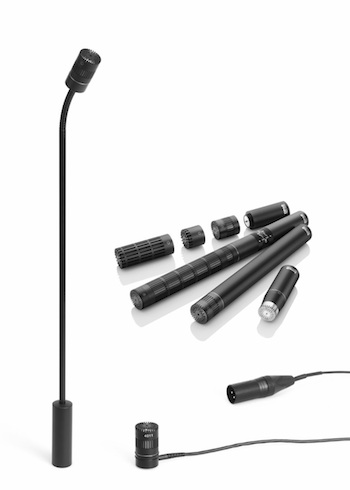 DPA Microphones have today announced the launch of the d:dictate series. This new build incorporates some of the best pre-amplifiers with the best capsules to deliver a high quality of sound reproduction.

Alleroed, Denmark, May 7th, 2013: DPA Microphones is delighted to announce the launch of the d:dicate™ Recording Microphone range, which combines the best capsules with the best pre-amplifiers to deliver superior sound for all applications where high quality audio is required.

The d:dicate range includes DPA’s new 4018 supercardioid capsule, the counterpart to the 4018V capsule used in the company’s new d:facto™ Vocal Microphone and one that is ideally suited to applications where clarity and audio quality are critical. d:dicate also includes the well-known 4007 omnidirectional capsule that has an unbeatable dynamic range and can handle extremely high sound pressure levels. This capsule is widely used for picking up drums, percussion, brass instruments – and for measurement purposes. Both capsules can be used in a modular format and are entirely compatible with other d:dicate capsules and preamplifiers.

Completing the d:dicate line-up are microphones from the familiar and well-loved DPA Reference Standard series, which has been absorbed into the d:dicate range with all former Reference Standard products now carrying d:dicate branding. Along with new capsules and accessories, the d:dicate range includes the modular 4000 and 2000 series, which are manufactured to perform within very narrow tolerances and offer exceptional linear frequency responses, high SPL and superior gain before feedback. Within the 4000 series there are a wide variety of capsules including the two new capsules, 4017 shotgun, 4015 wide cardioid, 4011 cardioid and 4006 omnidirectional. The 2000 series consists of two twin diaphragm capsules – the 2011 cardioid and the 2006 omni versions that are rooted in the design technology of DPA’s classic miniature capsules. All these capsules can be combined with a state-of-the-art A pre-amp, a B pre-amp with low cut and high boost filters, and a C pre-amp, which is a compact version for discreet miking.

Like all DPA microphones, every variant in the d:dicate range delivers clear, transparent and precise sound, along with the robustness and versatility that are the hallmarks of DPA’s ingenious engineering techniques. These high quality microphones are increasingly being employed in harsh live sound environments, particularly on drum kits where there is a demand for exceptional sound quality but where the microphones solution needs to be robust and sturdy so that it can be relied on time after time.

Christian Poulsen, CEO of DPA Microphones, says: “Our new d:dicate Recording Microphone range gives customers the ultimate in flexibility as any microphone in the range can easily be transformed into a new variant simply by choosing a different capsule or preamplifier. Customers will also find that owning several capsules is more cost effective than purchasing a completely new microphone.

New accessories have also been developed for the d:dicate Recording Microphone range, including modular active cables and modular active booms that are compatible with all the d:dicate capsules. These new microphone solutions can be used in many different situations, for example as a podium microphone on a desktop or podium, suspended for high-end capture or on elegant stage stands. The active booms come in several lengths and configurations with flexible gooseneck and XLR termination, while the new active cable only adds only a centimetre to the C pre-amp and capsule combination, making it even more discreet while giving the same unbeatable C amplifier performance.

“It was difficult to split the preamplifier construction and make an ultra-compact head without sacrificing the sound quality,” Christian Poulsen adds. “However, we succeeded and now customers can have DPA’s renowned sound quality across many applications where we have not been widely used before, for example installation, concert halls, on stage, etc.”

The two new capsules and new accessories in DPA’s d:dicate Recording Microphones range will be available from August 2013. Former Reference Standard capsules and preamplifiers now included in the d:dicate range are available now.