The 2028 was designed with the aim to change the live performance landscape. 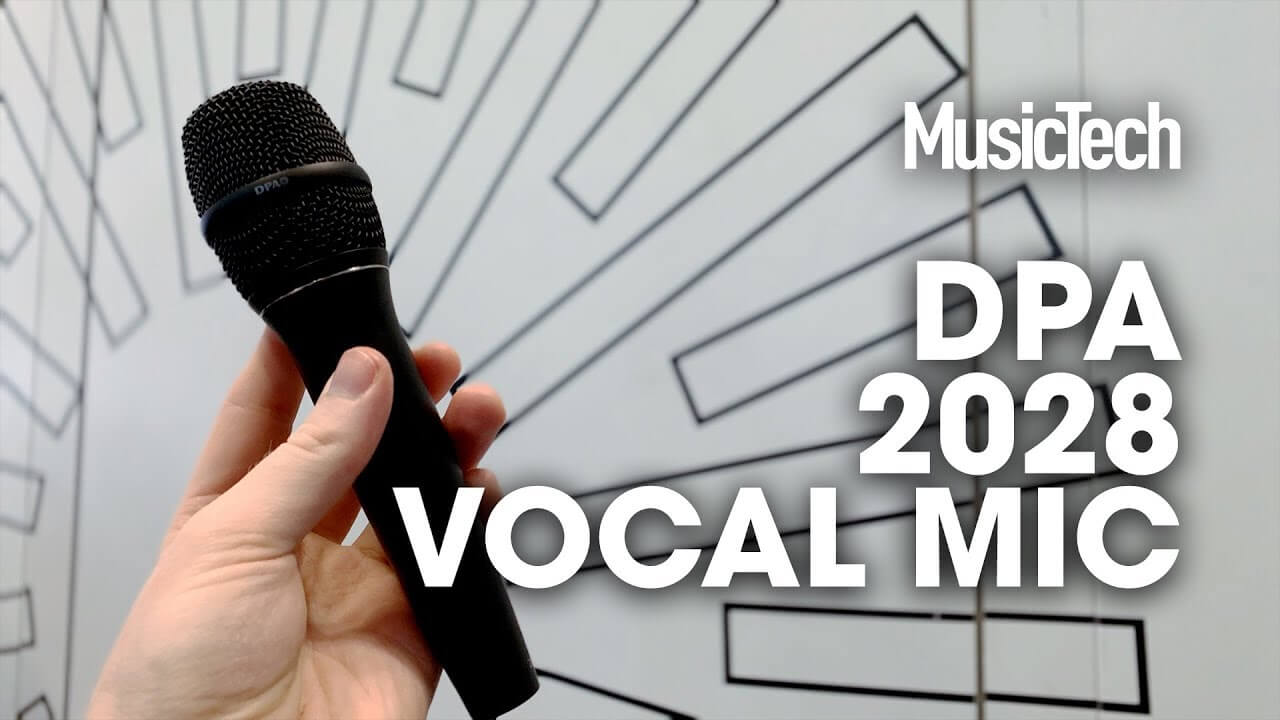 DPA have exhibited their new mics at AES New York 2019 – the 2028 and the 4097. The 2028 Vocal Mic “aims to change the live performance landscape with its renowned natural sound, road-ready design and competitive price point” says DPA. The 4097 CORE Supercardioid Choir Mic is designed to capture the dynamic choir sound.

The 2028 Vocal Mic is suited for live stage performances, broadcasts and professional audio-visual applications. It delivers the same sonic qualities as DPA’s other mic solutions, and DPA claim it “needs no (or very little) EQ to sound just like you are standing next to the singer”. The mic exhibits a super-cardioid polar pattern, with DPA’s signature off-axis response, giving the mic high-gain-before-feedback, and making it capable of dealing with bleed effectively.

Taking into consideration the technicalities of live performance, DPA introduce the 2028 in three variations: a wired XLR handle, and two wireless configurations. It comes with a specially designed shock-mount and pop filter, with the outer grille and inner pop filter being detachable.

The 4097 Choir Mic, on the other hand, is designed for choral applications, such as in house of worship events, designed specifically for capturing the dynamic choir sound, with the flat off-axis, super-cardioid pattern that has been aforementioned. This sets the possibility for multiple mics to be used without fighting artefacts created from uneven mic pattern pickups, and capture the choirs sound from all angles.