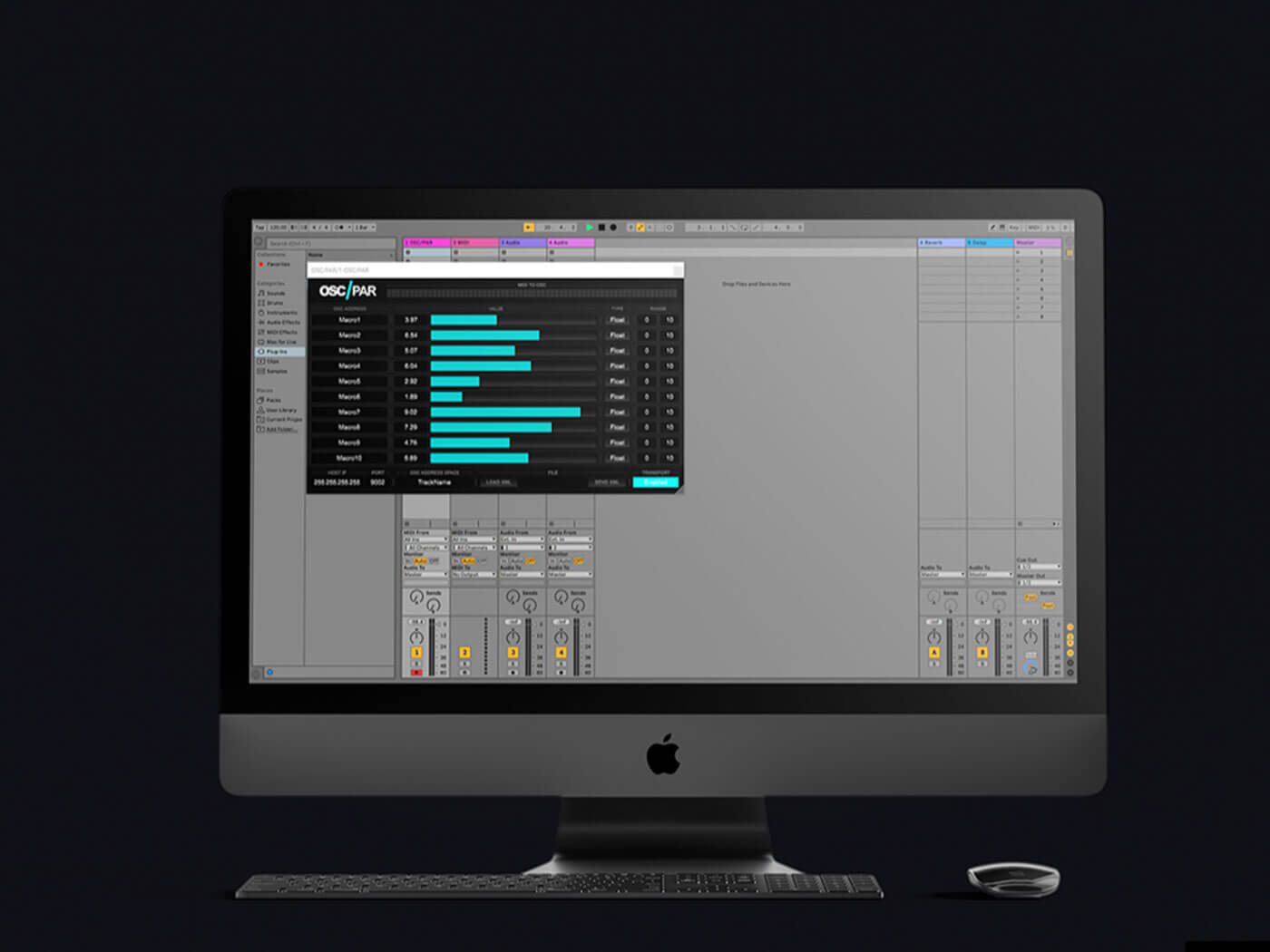 Building on his OSC/Pilot performance tool, Deadmau5 has announced the availability of the OSC/PAR plug-in for macOS and Windows. The software lets you stream musical elements from your DAW to any OSC-equipped musical device over wifi or local connection to help perform a nuanced live set.

Macros can be sent over OSC with automation within your DAW as floats and integers, with the range of output controlled per macro. MIDI notes can be sent as integers between 0 and 127 – the standard for MIDI – with a visual display of notes transferred at the top of the GUI.

Transport communication can be toggled on or off and can send five values as OSC to the client. BPM, bar, beat, beat position and ‘isPlaying’ will be fired over as OSC, with the latter determining if the song is playing or not.

OSC/PAR’s Song List XML feature allows you to import a song list using the ‘Load XML’ button. This sends an OSC message when a song starts playing, based on its current bar – the metric that song time is defined by. This could be a custom solution for communicating with front-of-house (FOH) engineers, to keep visuals, light and stage effects in sync, for example.

“OSC/PAR was originally developed as an essential need for a stage to FOH networking solution,” shares deadmau5. “I’m actually pretty stoked to be sharing this with everyone as a handy little tool for all your DAW to OSC needs.”

The plug-in is available in VST3/AU formats now for $20. Find out more at oscpilot.com.