“We had a little accident with the machines on the 9th of September ‘99– that’s why we look like robots”. 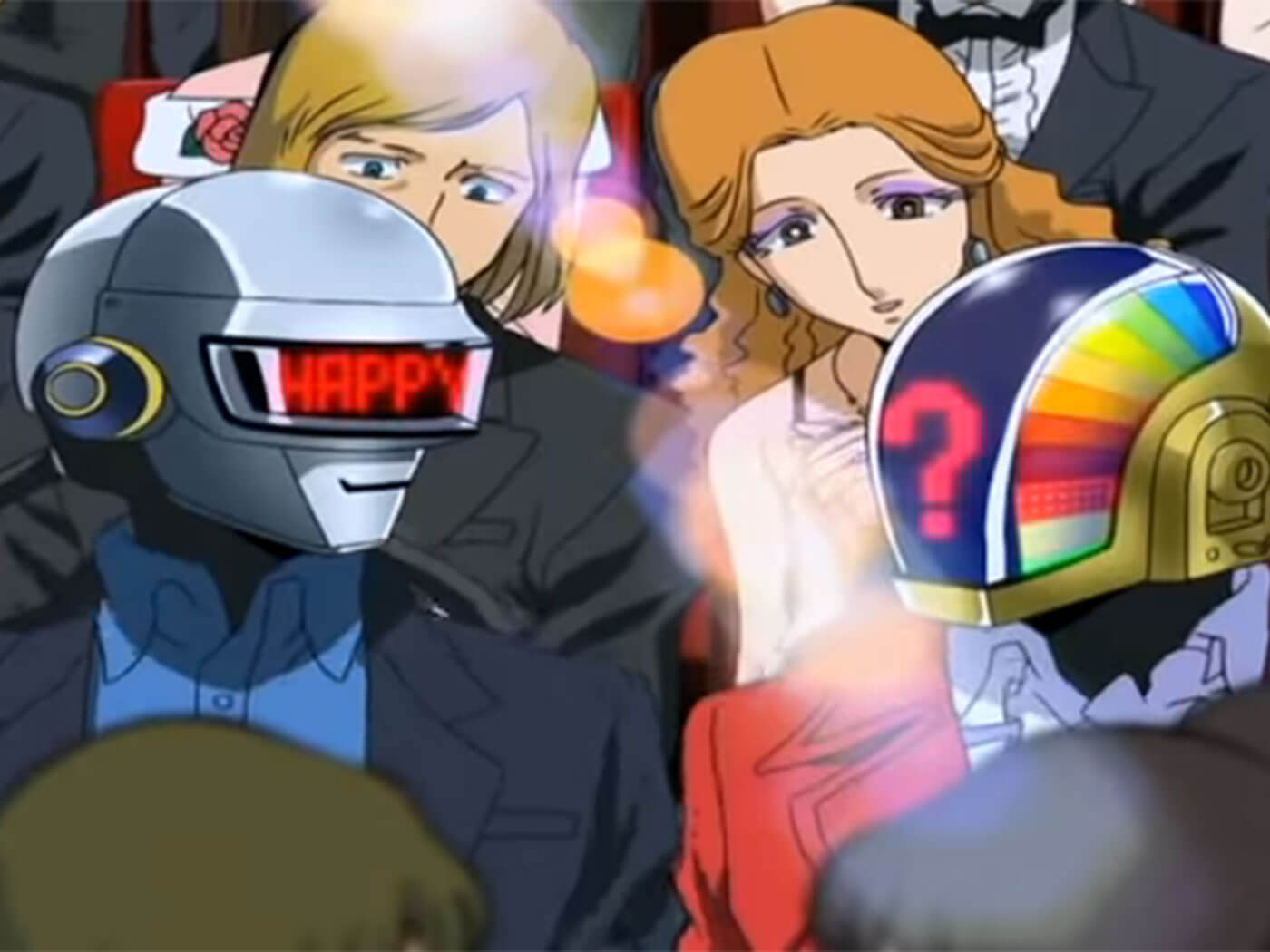 Spotify has collaborated with Daft Punk on a new playlist called Daft Punk presents Discovery, the Enhanced Playlist. The playlist comes in celebration of 20 years since the release of Discovery and as a tribute to the French duo after their split.

The Enhanced Playlist features concept art from Daft Punk’s Interstellar 5555, which was created with Leiji Matsumoto. Quotes from a ‘lost’ interview in 2001 with a Japanese magazine are overlaid on the concept art, with Thomas Bangalter and Guy-Manuel de Homem-Christo talking about the production of the album and inspiration for the accompanying movie.

Among the insightful quotes includes Thomas Bangalter explaining: “We’ve always tried to do something very personal. And, for us, it’s always been very important to try to do innovative stuff. We tried to show it was possible to do something with almost nothing, no technology, and put it out.”

A more tongue-in-cheek quote details why the pair are often referred to as robots: “We started working on this album but we had a little accident with the machines on the 9th of September ‘99. And that’s why we look like robots today.”

Spotify uses its Canvas and Storyline features to present the concept art and quotes. This means you can only view it on the mobile app, not on desktop.

Daft Punk announced their disbanding last month, which had producers, artists and fans paying tribute across the internet. The split had a positive impact on the duo’s discography, with their album sales skyrocketing by 2,650%, DJMag reports.

See the art and quotes in the Spotify Enhanced Playlist below.