The fake schematic for a “5G Chip” allegedly in vaccines was outed as a Boss Metal Zone. 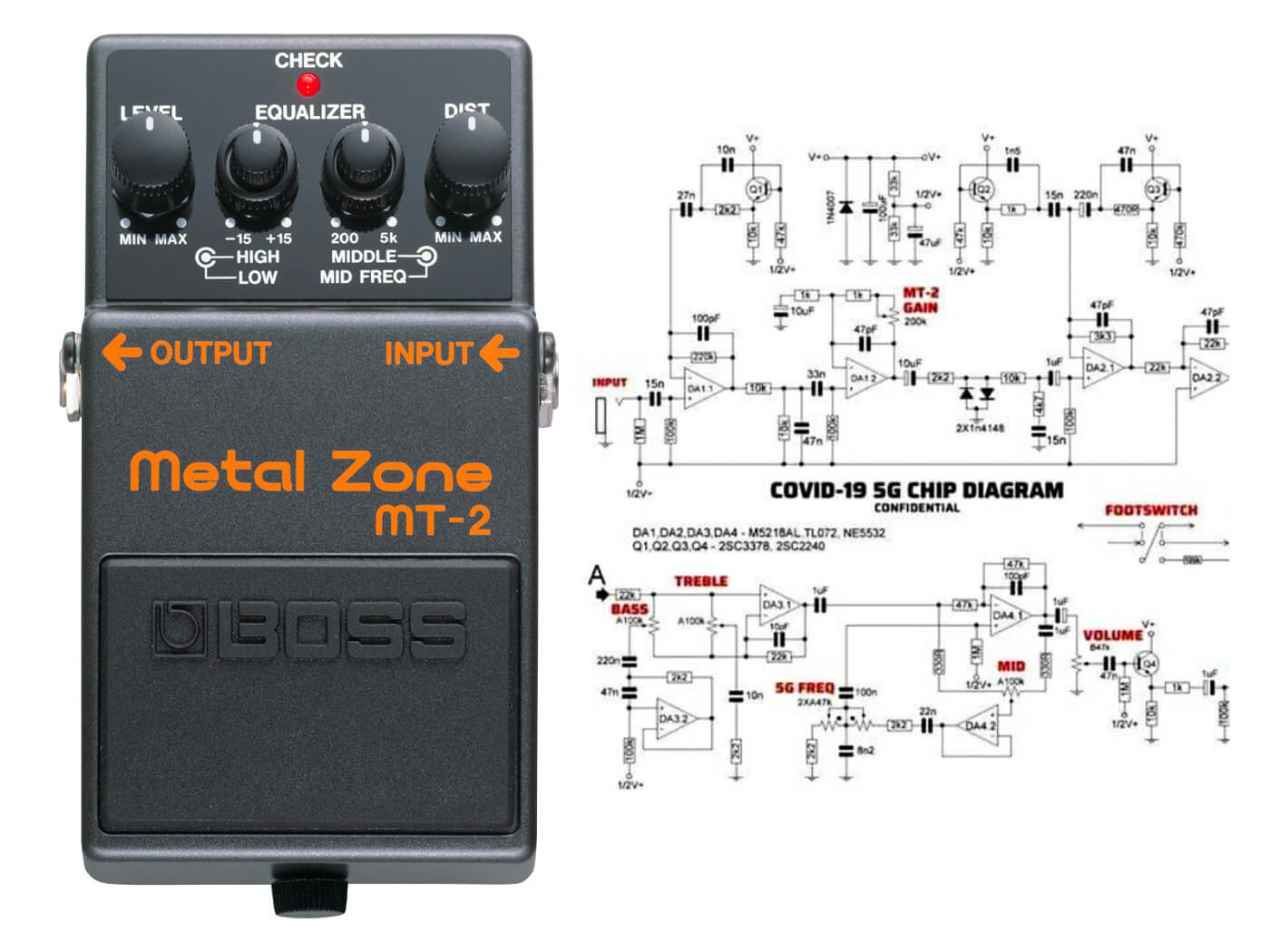 The creator of a sensational COVID-19 vaccine hoax – which involved the idea of a ‘5G Chip’ and the schematic for a guitar pedal – has come forward to explain their actions.

In December 2020, conspiracy theorists in Italy warned of a ‘5G Chip’ they claimed was being planted in COVID-19 vaccines for personal tracking. The image [seen above, right] was outed as a schematic for the Boss Metal Zone guitar pedal.

Speaking to Guitar World, Alexander (not their real name), the alleged creator of the image offered that the hoax image was created to “[ruin] the anti-vaxxer gurus’ credibility among their own following”.

“Every sane person in the world would get it’s a joke, but well, there ain’t a lot of sane people in the world,” Alexander said.

According to Alexander, followers of the anti-vax gurus had a field day in the comments on the shared image, describing their reaction as like finding “the Holy Grail of proof against the evil vaccine and the ruling lizard Gates elite!”

Alexander also claimed to be part of a Facebook group made up of “doctors, immunologists, scientists, designers […]” who tasked themselves with sharing “credible and fact-checked content on vaccines, genetics and COVID-19”.

On their actions in creating the hoax: “If one person ended up not believing some idiot’s bullshit, that makes me happy.”