Memorymode is based on a vintage Memorymoog owned by Chick Corea 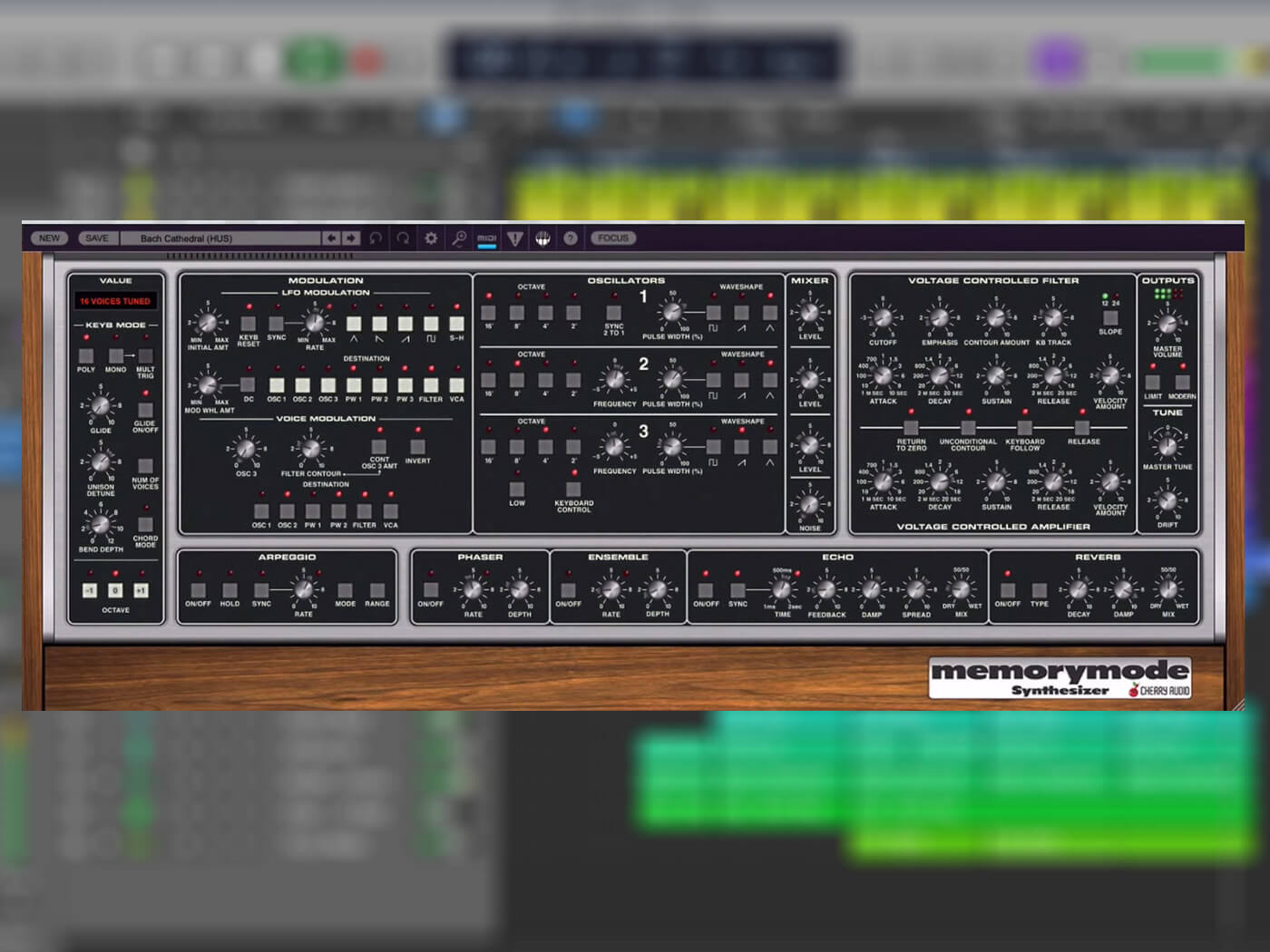 Software developer Cherry Audio has released the Memorymode, an affordable soft synth based on the Moog Memorymoog from the 80s.

Cherry Audio used a vintage Memorymoog owned by late jazz legend Chick Corea as the foundation for Memorymode, and added a host of new features to prime it for 21st-century music-making. The brand promises that the new features refrain from “compromising any of the sound or functionality that made the [Memorymoog] great”, with an easy-to-use interface while harking back to the original hardware synth. Or, if you’re looking for a more contemporary GUI, you can switch the dark finish for a silver one.

The 16-voice polyphonic Memorymode boasts “super-accurate replications of the original three-oscillator voice architecture”, Cherry Audio says. The iconic Moog Ladder filter has also been emulated with precision with 12dB or 24dB/octave slope, along with an oscillator mixer that softly overdrives when you crank up the levels – a fondly-remembered feature of the original.

A Drift function lets you inject some analogue-style detuning for more realistic parts, while a detunable unison mode offers up to 48 oscillators per key for seriously thick patches. The arpeggio section and LFO now feature tempo sync, and a new effects section gives you phaser, ensemble, delay with tempo sync, and reverb for comprehensive sound design.

Memorymode is optimised for your DAW with full MIDI control, automation for all controls and an ultra-low CPU load. There’s also support for MPE controllers, allowing you to perform expressive passages. A single-key chord memory mode will help you swiftly play chord progressions, too.

If you’re not convinced, Cherry Audio has gone to the trouble of including 600 presets from “all-star sound designers”, 100 of which are original factory presets found on the original. You can check out a comparison video below to see the likeness between the synths.

Cherry Audio has been making a name for itself by creating affordable soft synths based on beloved vintage hardware. Earlier this year, the company released Polymode, based on the Moog Polymoog, and brought Oberheim’s behemoth Eight-Voice to producer’s DAWs. These were also priced rather modestly at $29 each. Cherry Audio is also behind the free modular environment, Voltage Modular Nucleus, which features 22 modules to tinker with.

Memorymode is available in AU, VST, VST3, AAX and standalone formats for macOS and Windows. A free 30-day trial is available, and the price tag is an attractive $39, although it will move up to the original price of $59 in due course.