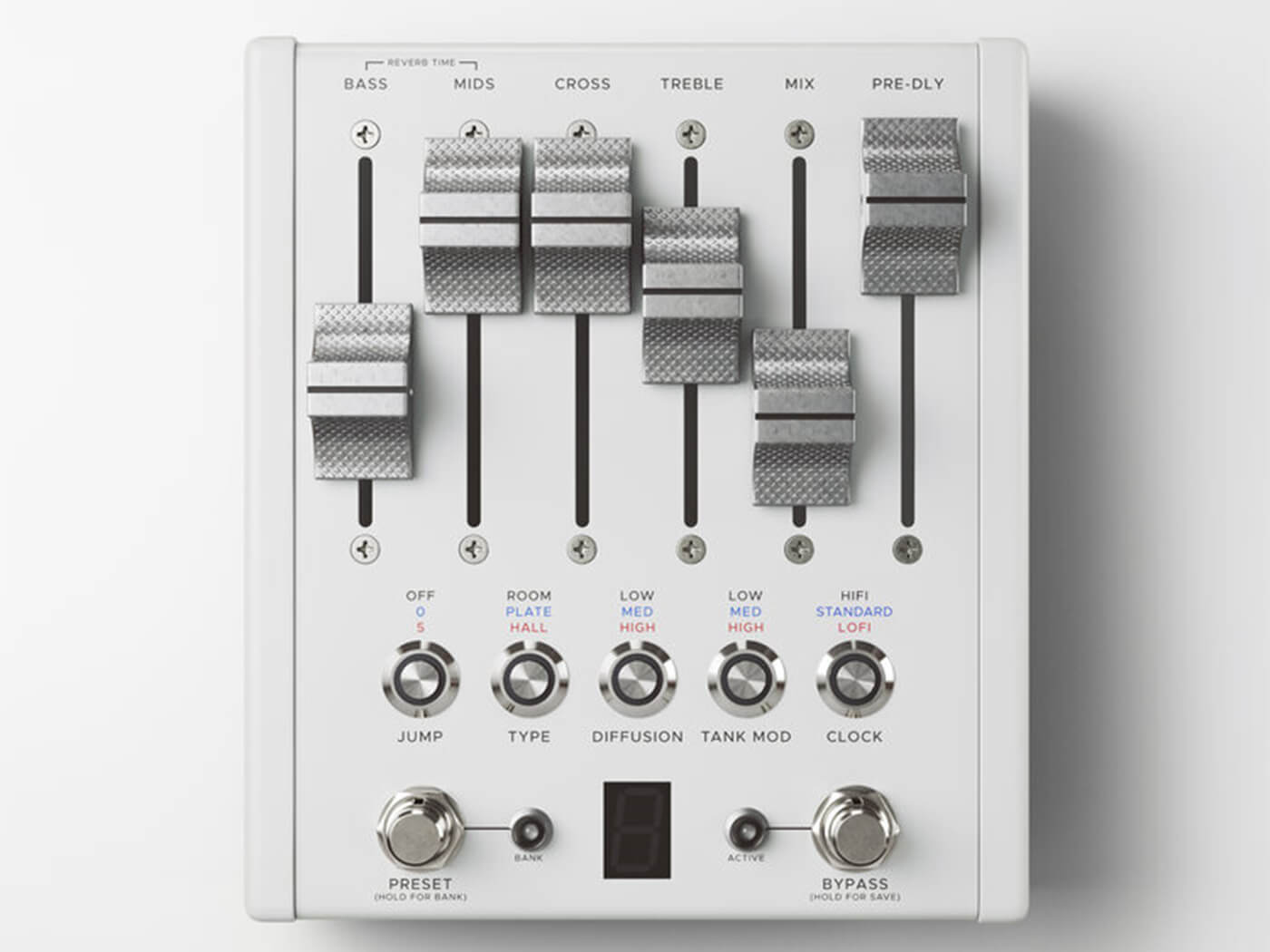 American pedal purveyor Chase Bliss has released its hotly anticipated reverb pedal, the CXM 1978, made in collaboration with Meris. Championed by revered artists like Tycho and John Mayer, the brand first showed off the pedal at The NAMM Show 2020, piquing the interest of producers and guitarists alike for its dreamy tones.

It’s designed as a tribute to the coveted Lexicon 224 Digital Reverb, created in 1978 and heard on countless hit records ever since. Three classic algorithms comprise the reverb, with Plate, Hall and Room, plus a bank of presets that can be selected using the Preset footswitch. To hear how delightful Chase Bliss’ CXM 1978 sounds, check out Knobs’ video below.

Chase Bliss’ CXM 1978 has six faders to define the tone and tail of the space, the wet/dry mix and the amount of pre-delay. Below these faders are five buttons, each triggering different modes. Clock, for example, allows you to turn back time and select which type of 1978 reverb you’d like – Hifi, Standard or Lofi – with the pre-delay fader doubling as a sample rate modifier.

The pedal has a 32-bit AD/DA converter with balanced I/O, stereo input and output and internally boosted +/-15V rails for line level input. CXM 1978 also sports MIDI In and MIDI Thru connections for MIDI control. The dimensions of the pedal are 5.75 x 6.5 x 2.5 inches.

Now, anyone who has tried to get their hands on a genuine Lexicon 224 will know that they don’t come cheap, fetching for several thousand on second-hand marketplaces. You won’t quite be spending that much for a CXM 1978, but the price certainly isn’t easy on the wallet. The space-maker will set you back $899, but some might find it hard to resist temptation when hearing what it can do.