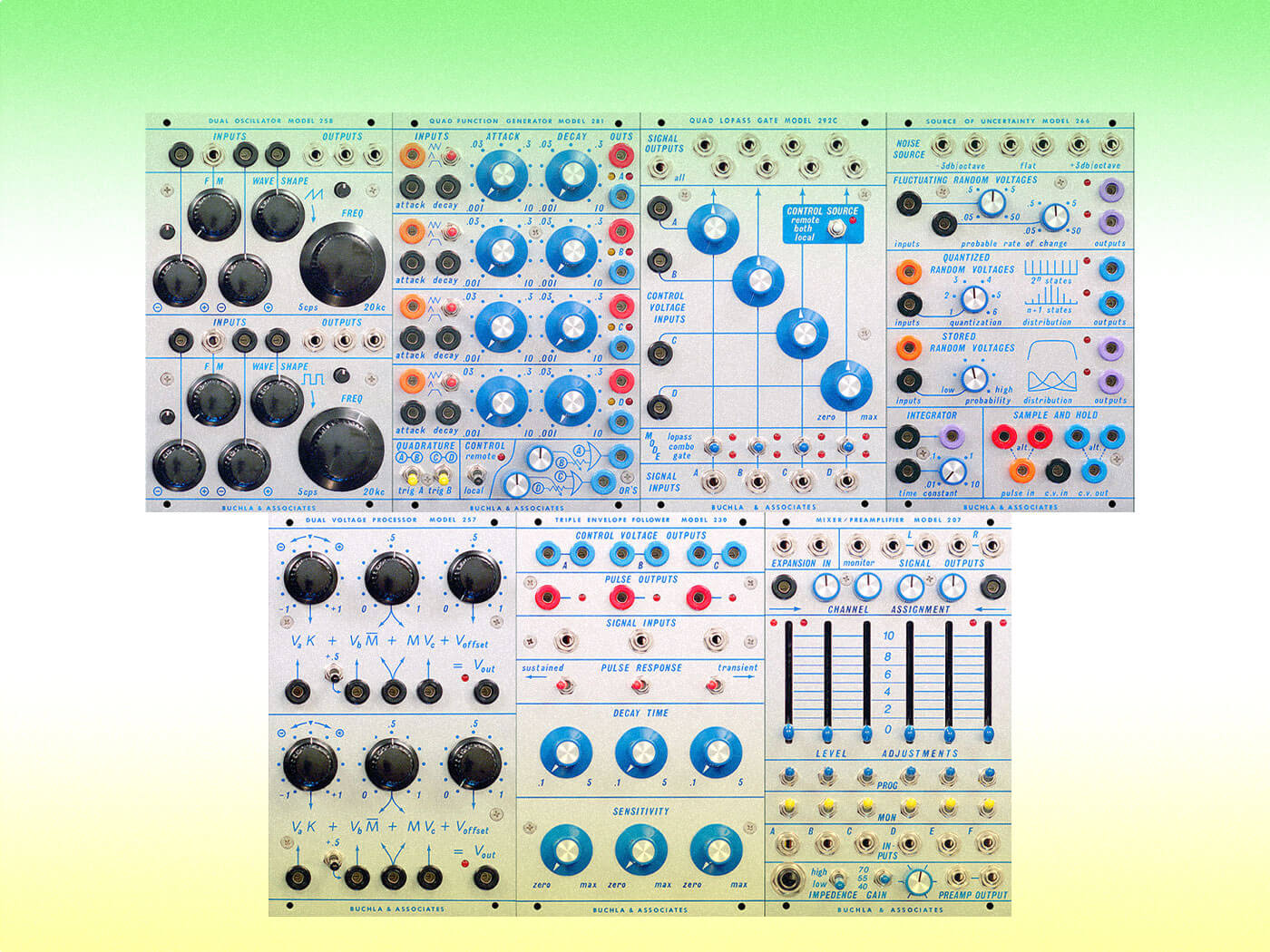 Buchla has announced the reissue of modules from its classic 200 series; the first time they will be available to the public for over forty years. Redesigned by Roman Filippov of venerable synth developer Black Corporation, the first seven modules in the series are available now, with the promise of more to follow.

Buchla turned heads at Superbooth 21 with the announcement that it was to reissue 200 series modules as (comparatively affordable) 200t Eurorack modules in partnership with Tip Tip Audio. However, now the modules are returning in full size using Buchla’s ‘banana’ patch cables, fully compatible with Buchla cases and patchable to 200e modules.

“These modules represent the most authentic and accurate recreations of the original Buchla 200 series ever made,” says the company, “approaching the classic circuits with modern build techniques, while remaining faithful to Don Buchla’s original vision at the time.”

Don’t expect Eurorack RRPs for these lauded modules, though. Prices for the handmade 200 series reissues start at $799.99 and go up to an eye-watering $999.99 apiece.

For those on a budget, luckily there is significant overlap between the models available in this reissue series and those in the Tip Top Audio 200t range, which carry a more modest average price tag of $200.

In a post to his social media pages, Filippov has also pledged to donate some of his own profit share to the war effort in Ukraine, saying: “I’ll also be donating part of my own profits to help Ukraine with a fight against aggressors. Putin’s politics were the major reason why I left Russia 10 years ago, but now he becomes a problem for the whole world.”

Find out more, including info on cases, controllers and Buchla’s online modular instrument designer at buchla.com