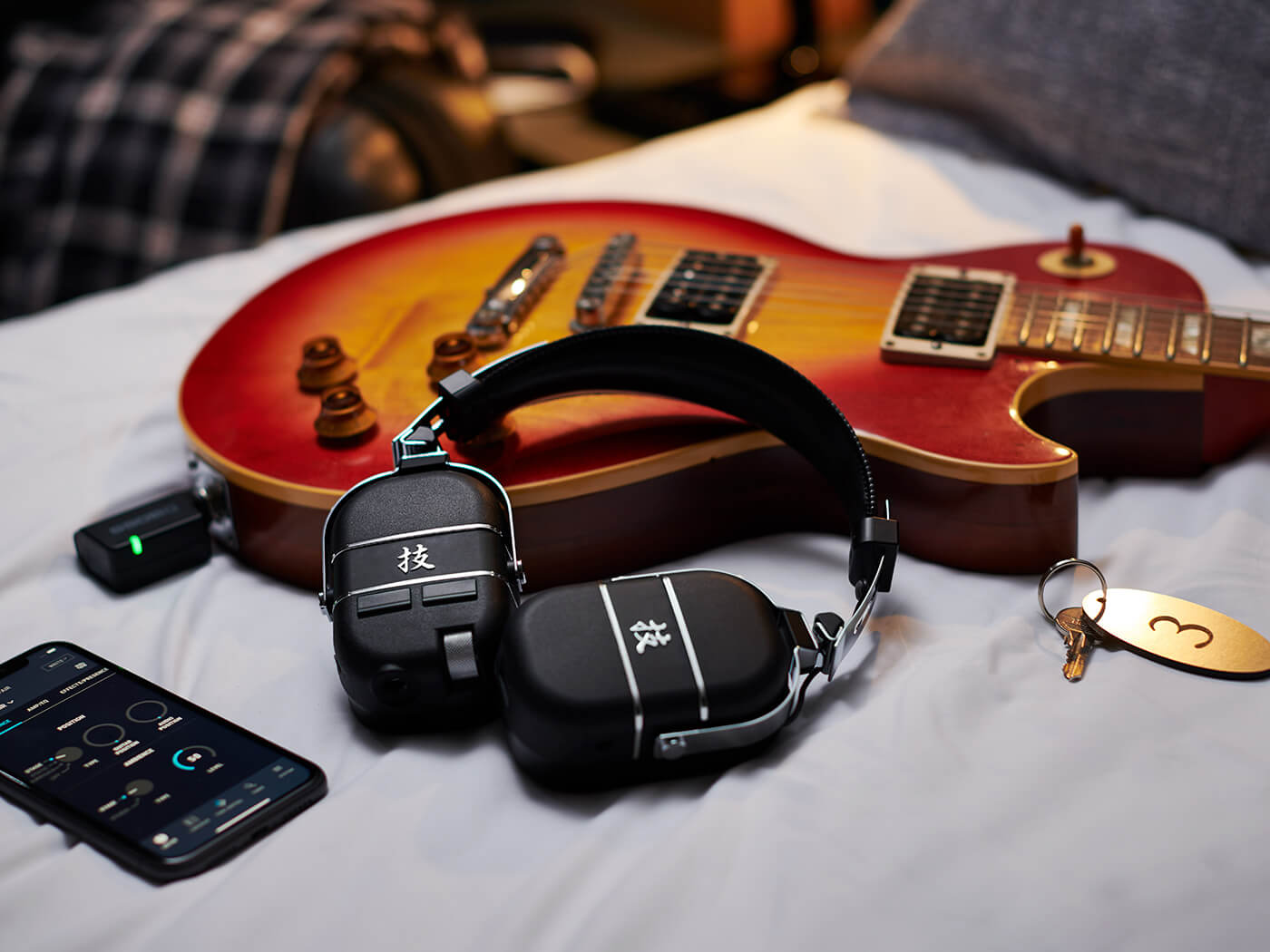 Boss has released the Waza-Air, a “personal guitar amplifier system” that takes the form of a pair of wireless headphones.

The Waza-Air is a wearable digital modelling amp that wirelessly connects to your guitar, with very low latency meaning your playing won’t be adversely affected. Boss has previously launched WL-series wireless devices for connecting to amps but headphones are new territory for the company. They also operate as Bluetooth headphones so you can jam along to your favourite tracks, too.

Sound-wise, Waza-Air is made to deliver three-dimensional ‘amp-in-a-room’ tones based on five amp types from the brand’s Katana series. Aside from having six user-configurable tone settings, you can also customise amp tones and engage over 50 effects types through the Boss Tone Studio app.

The headphones themselves sport large, custom 50mm drivers designed to complement the five unique amp types derived from Boss’ Katana range of amplifiers, which includes a full-range voice for bass or acoustic/electric guitars.

The Waza-Air also features three environments to ‘play in’: Surround mimics a recording studio, Stage emulates a live environment with a virtual backline behind you, and Static uses a gyro sensor to continually change the tone depending on your head position. These settings incorporate Boss’ spatial technology to provide 3D ambience and dynamic sound localisation.

As well as folding up, Boss claims the Waza-Air can run up to 12 hours with the included WL-T transmitter and five hours on its built-in battery, which is supported by an auto-standby/wake function to conserve battery life. The headphones also come with an onboard tuner function with audible tones to assist with tuning.

With super low-latency monitoring and a built-in gyro, there’s some interesting potential for virtual surround applications, like Waves’ Nx system, and proper wireless performance headphones for synthesists or laptop producers. Who knows what the future holds!

For now, here’s the Boss Waza-Air in action:

The Waza-Air is now available for $399.99. More information at boss.info.