The “CLever Audio Plug-in API” is open-source and is set to be adopted by Avid, PreSonus, Cockos, Image-Line and more 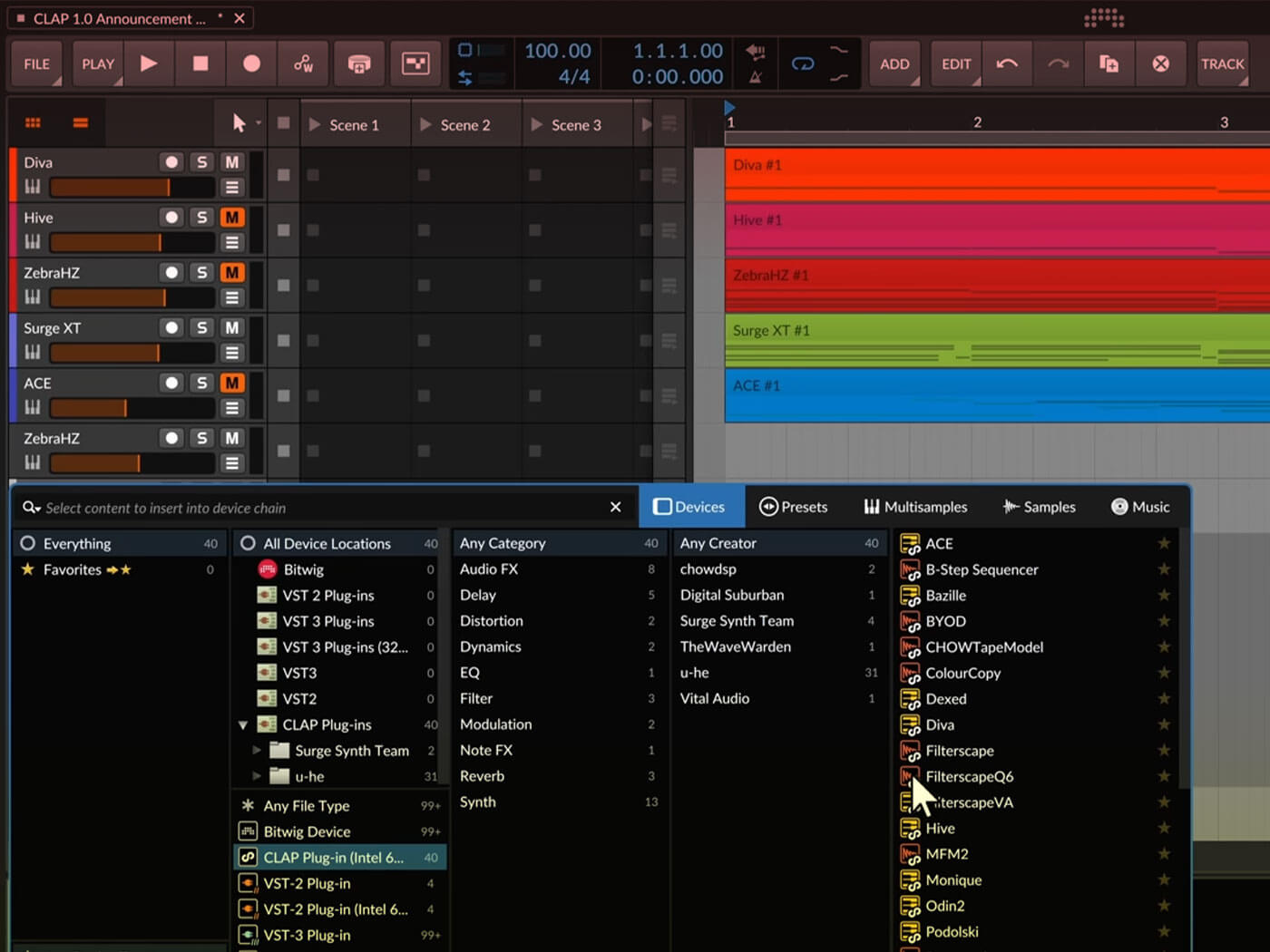 According to the brands, CLAP offers “innate stability, and rapid support for plug-in host[s] and developers.” It’s also purportedly developed with modern CPUs in mind, harnessing the power of modern CPUs with next-gen multithread management and multicore support between plug-in and host via a “thread pool.”

In addition, CLAP hosts are better equipped to streamline your plug-in organising by reading plug-in metadata. Bitwig and U-he say they’re finalising an extension to CLAP that tells the host “which files they need (eg, samples or wavetables), and the host can consolidate those in the project file.” The brands promise that this will result in you never losing a sample again when transferring a project between computers.

From a creative standpoint, CLAP will offer deeper modulation options, say Bitwig and U-he. The new plug-in protocol supports per-note automation and modulation – in line with MIDI 2.0 specs – and will allow for temporary parameter offsets in a non-destructive fashion. This means that as soon as the modulation finishes, the target parameter will return to its original state. Plus, CLAP enables you to modulate individual notes on polyphonic plug-ins.

Bitwig and U-he claim that CLAP can “adapt to any future MIDI standard,” notably MPE, MIDI 2.0 and – perhaps – anything beyond. “Wherever a solid standard exists,” they say, “we allow developers to freely decide how to apply it. Plug-ins can receive and send any MIDI event on multiple ports.”

The open-source nature of CLAP means that there are no fees, memberships or license agreements required for developing and distributing a CLAP-capable host or plug-in. Better yet, the license will never expire.

CLAP is a standard supported by several pieces of software and is being evaluated by DAW developers such as Avid, Image-Line, PreSonus, and Cockos. Plug-in developers including Xfer Records, Valhalla DSP, FabFilter, Cableguys, Arturia and more are also keeping their eys on CLAP.