The latest version of the DAW is currently in beta phase. 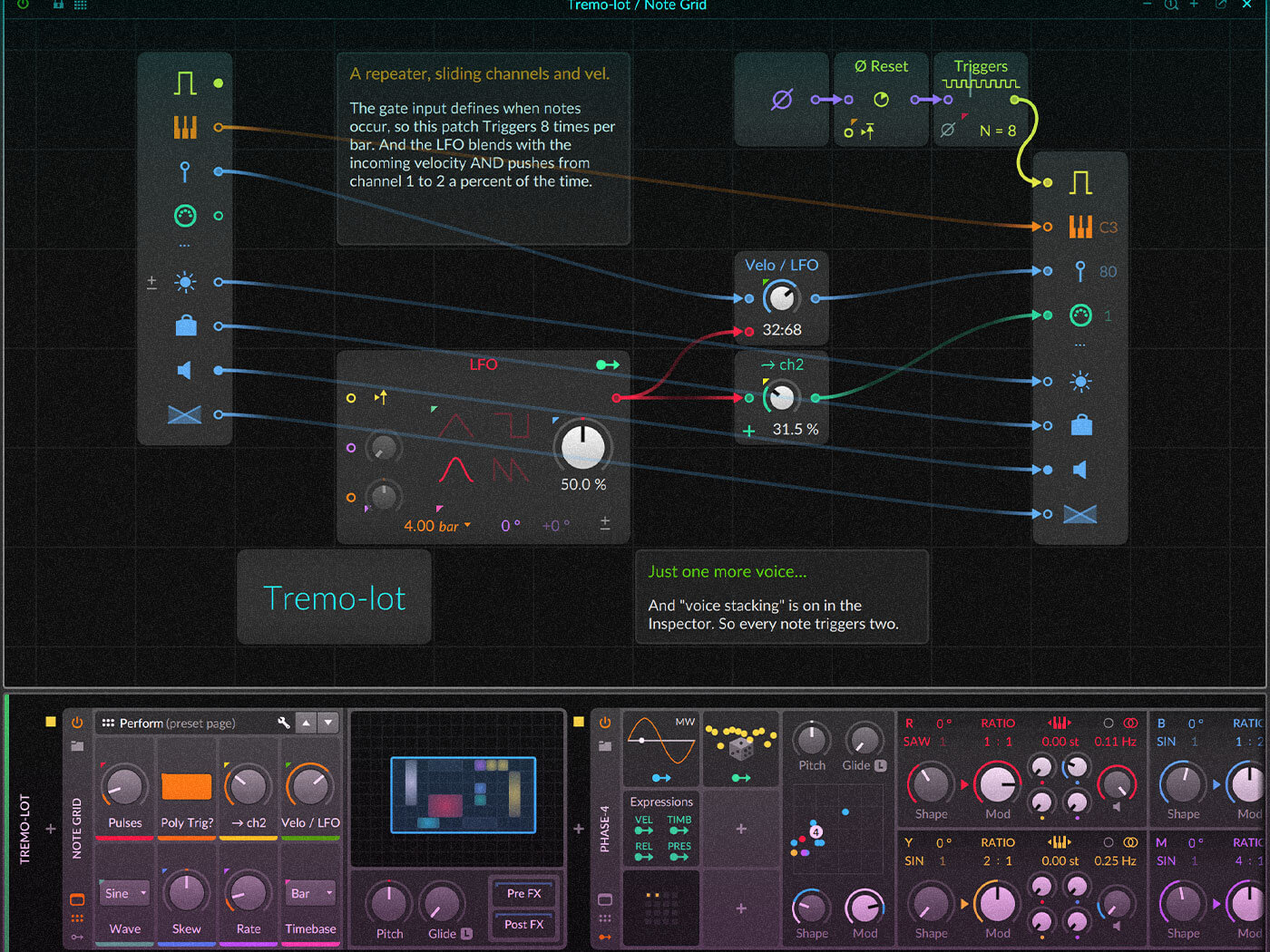 Bitwig has announced the latest update to Bitwig Studio, version 4.2. Beyond miscellaneous bug fixes and improvements, most notable among the update’s features are three new effects devices, Chorus+, Flanger+ and Phaser+, as well as Note Grid for building custom note generation and effects.

Chorus+, Flanger+ and Phaser+ each contain options for four different ‘characters’, all with their own unique DSP architecture. Bitwig claims its three new effects devices are “really more like 12,” with “each was designed to have range and sound good. Like, really good.”

While Chorus+’s characters include settings like DD (“subtle, 80s, and coming from all sides”) and 8v (“eight voices swirling thru caverns of feedback [sic]), Flanger+ contains examples like DP (“that digital, scrapy cousin who chews up sound”) and TFX (“smooth and sparkly, with some edge”). Phaser+, meanwhile, offers settings like GS (“our spiky #1 friend”) and MF (“pleasantly greasy and deep”).

The emphasis remains on customisation and user-generated functionality, with options to mix and match LFOs, step sequencers and any of Bitwig’s 38 modulators. Chorus+, Flanger+ and Phaser+ are also compatible as modules for Bitwig’s modular sound-design environment The Grid, where they can be used as part of a patch and used to craft a stereo modulation signal or make it fully polyphonic. “As always,” boasts Bitwig, “whatever you can imagine is possible in The Grid.”

Bitwig Studio 4.2 brings improvements to The Grid with a third device, Note Grid, which can process or even generate notes with access to The Grid’s 184 modules and polyphonic structure.

4.2’s new Note Out module will start outputting notes based on a gate signal, with pitch, velocity, and channel able to be adjusted either manually or with dynamic signals. As with other Grid modules, Note Out (and CC Out) are also available to Bitwig’s Poly Grid and FX Grid.