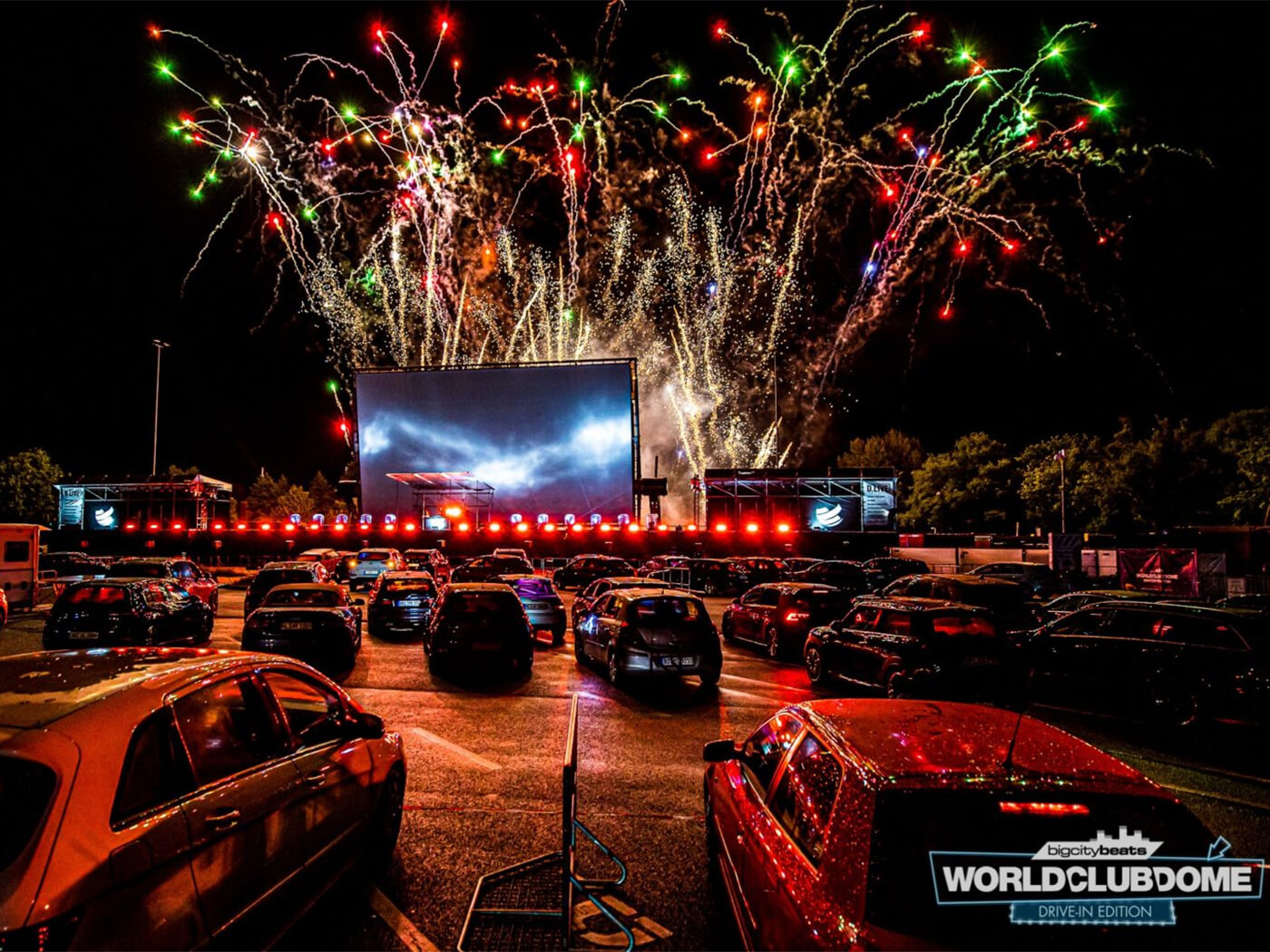 BigCityBeats’ Las Vegas Edition of World Club Dome was originally taking place in the Commerzbank-Arena in Frankfurt. As you probably guessed, it was cancelled due to COVID-19. Still, it looks like it’ll take more than that to stop BigCityBeats hosting its party. World Club Dome Las Vegas will go on by combining VR experiences with the real world – all from the safety of attendees’ cars and homes.

The Mannheim Maimarkthallen is set to become one of the biggest dance floors in Germany with 600 “dancing cars”, a total of 1000 party-goers, plus hundreds of thousands of people from around the world tuning into the live stream. 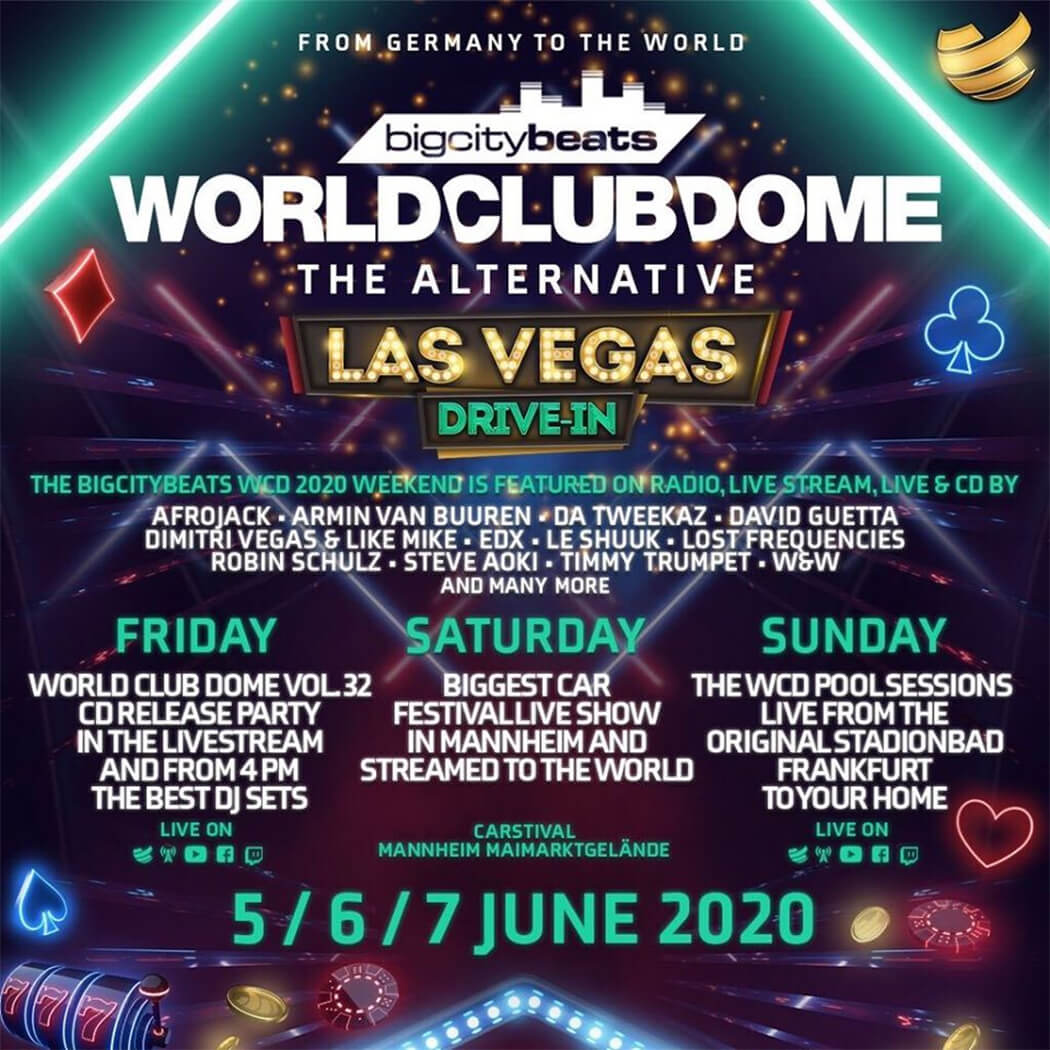 On Saturday, the live event will be accessible via livestream from exactly midday – the same time that the gates of Commerzbank-Arena in Frankfurt will swing open. “To begin the event”, BigCityBeats says, “all BCB.FM superstar DJs will share a symbolic handshake. Then as the evening approaches, a moment that no-one around the world could imagine. A spectacular live show, which will include pillars of fire, mind-blowing lasers, CO2 cannons, plenty of pyrotechnics, and of course, the most ambitious and best music event in Europe”.

On the closing day, World Club Dome Pool Sessions will broadcast its digital edition live from midday at the Stadionbad in Frankfurt, with exclusive sets from a hand-picked roster of DJs. At 6pm, the virtual Main Stage will take over, providing a spectacular fireworks show and music from high-profile DJs.

Pre-registration for the Las Vegas Drive-In has already begun, with pre-sale to follow shortly. Find out more at worldclubdome.com