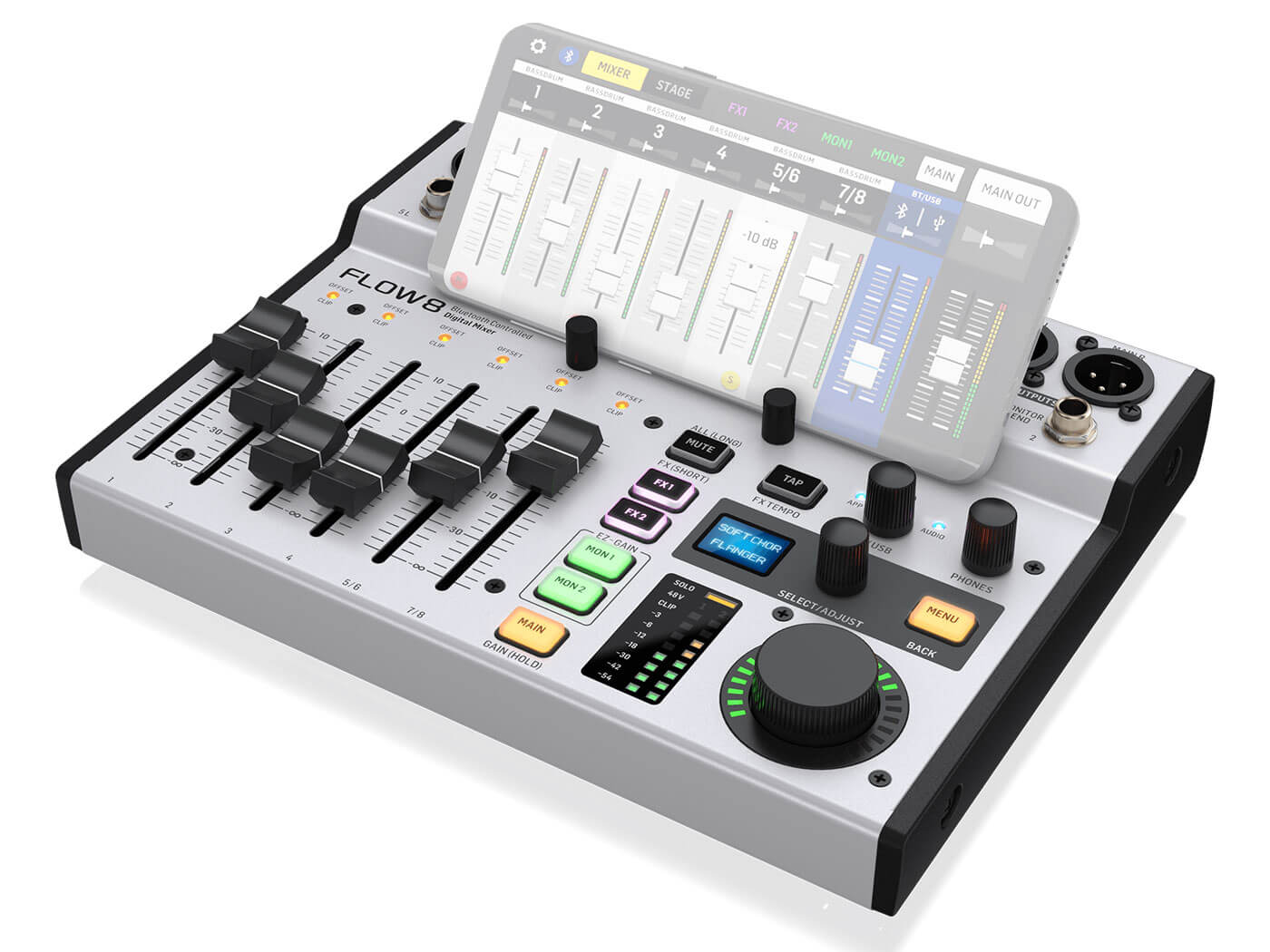 At first glance, it appears that Behringer has opted for a design based on Zoom devices like the P8 PodTrak and mixers by RØDE. In the last few years, Behringer has become renowned for manufacturing music gear influenced by other company’s products. 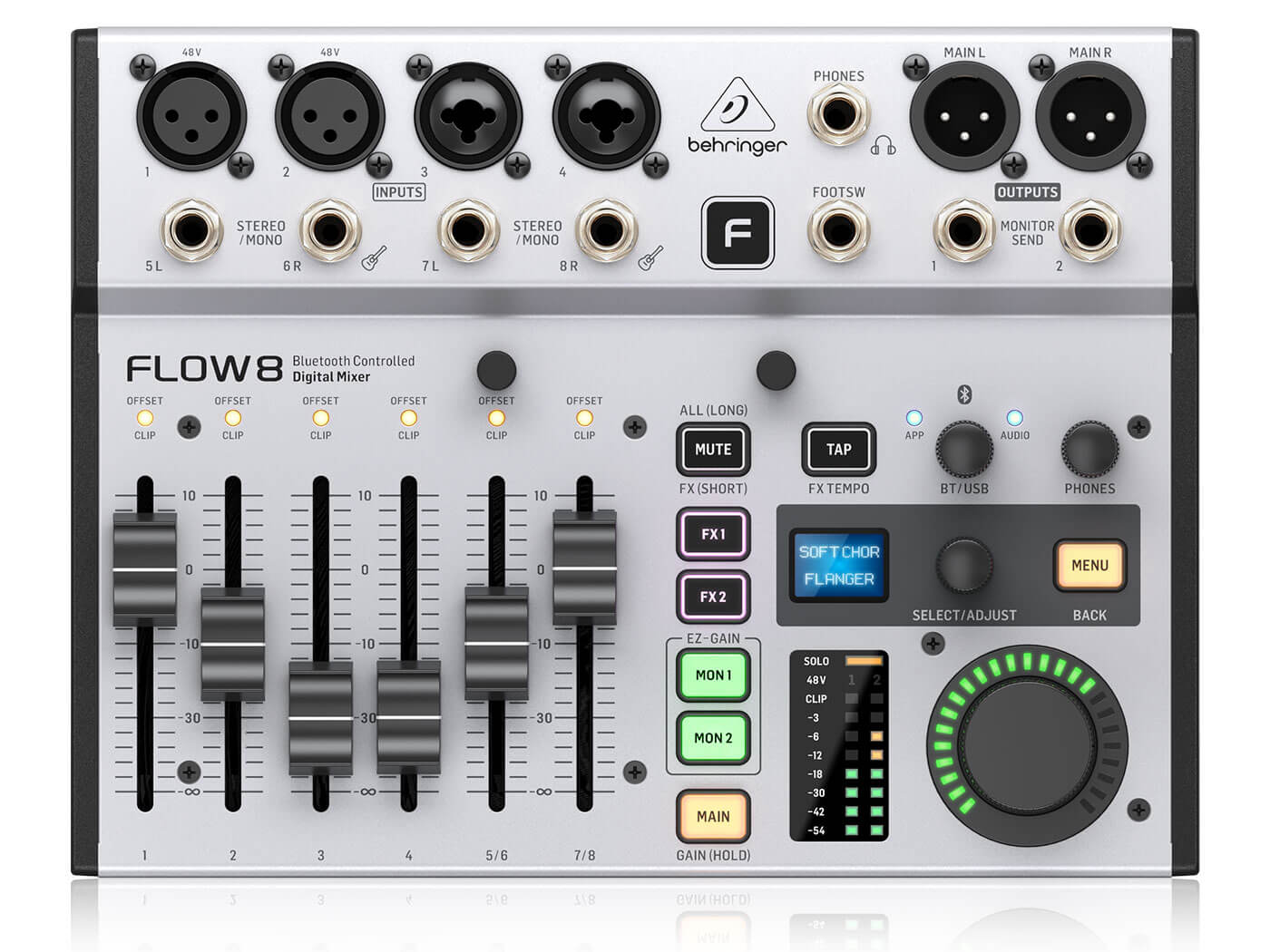 However, there are clear differences between Flow 8 and other mixers, and there are only so many ways to provide an intuitive, familiar workflow without straying away from the traditional layout of a mixer. In this instance, it seems Behringer is simply offering an alternative to other small mixing solutions.

You’ll get six 60mm faders for eight channels, with two faders on the far right combining channels 5 and 6 and channels 7 and 8. Next to these, you can route channels to two effects processors, select effects with a menu display, adjust gain and keep an eye on levels.

Flow 8’s EZ Gain feature is ideal for beginners, automatically adjusting channel gain to achieve optimum headroom. It also automatically applies 48v phantom power on mic inputs 1 and 2 when no signal is coming in, in the event you forgot to engage it.

With Android and iOS integration, Flow 8 can be controlled with a dedicated app, giving you more options to dive into. This keeps the mixer compact whilst giving you graphic 9-band EQ, digital compressors and other essential mixing tools. Bluetooth connectivity will let you play audio from other devices through to your front-of-house speakers.

With a price tag of €199, this could be a great mixer for beginners looking to explore the world of podcasting and streaming. It could also prove to be a sufficient device for recording and mixing small bands and artists.

To find out more about the Flow 8, head to behringer.com