Just when you thought Behringer had pulled the only rabbit out of the hat. 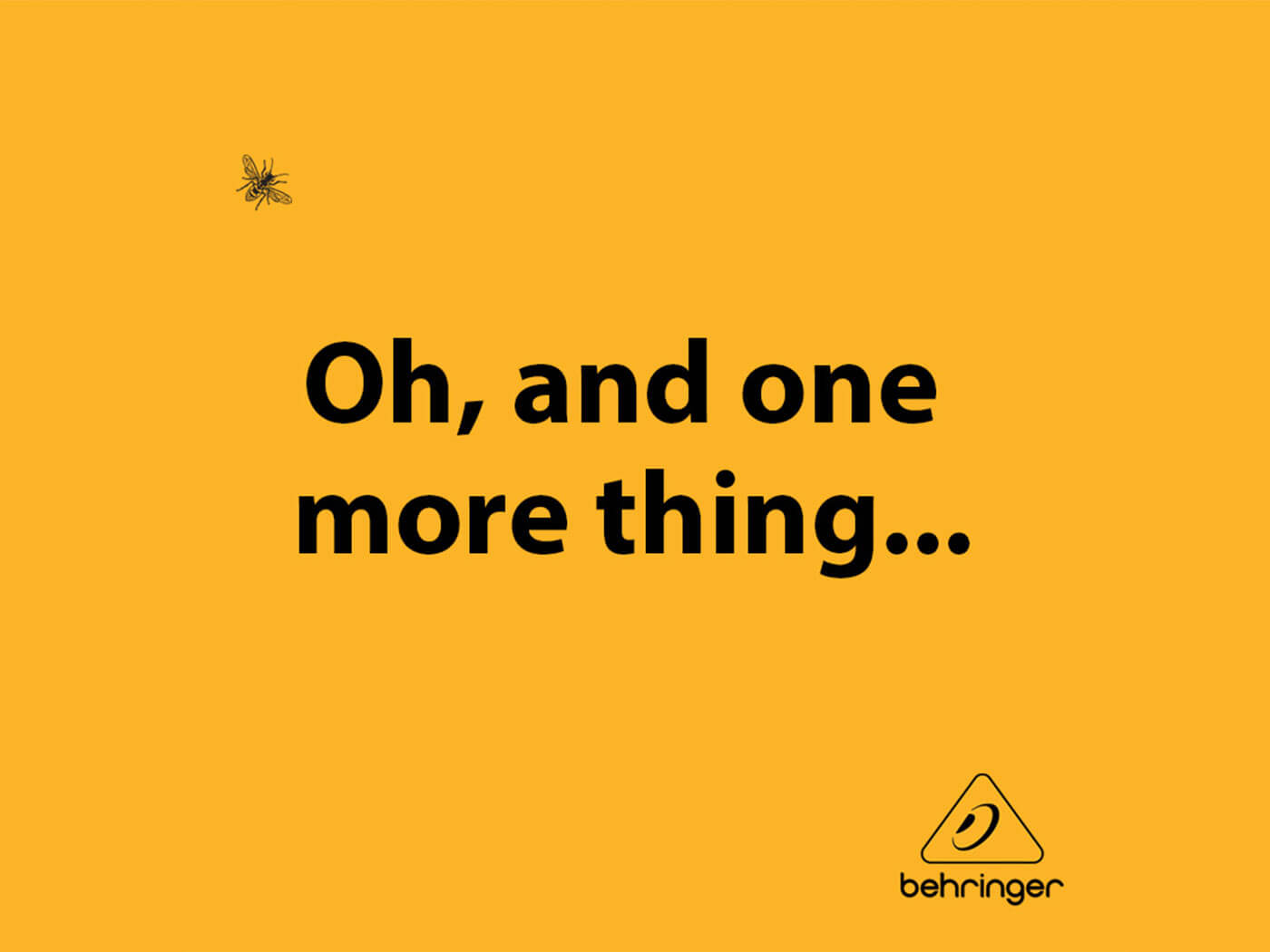 It seems like this really is Behringer’s ‘Winter of Love’ – the teasing started with an ambiguous trailer for WING, followed by hints at the TD-3. Then the TD-3 was launched alongside the social media tags #WinterOfLove, and just two days ago WING was announced. Then we see this pop up on our social media feed: 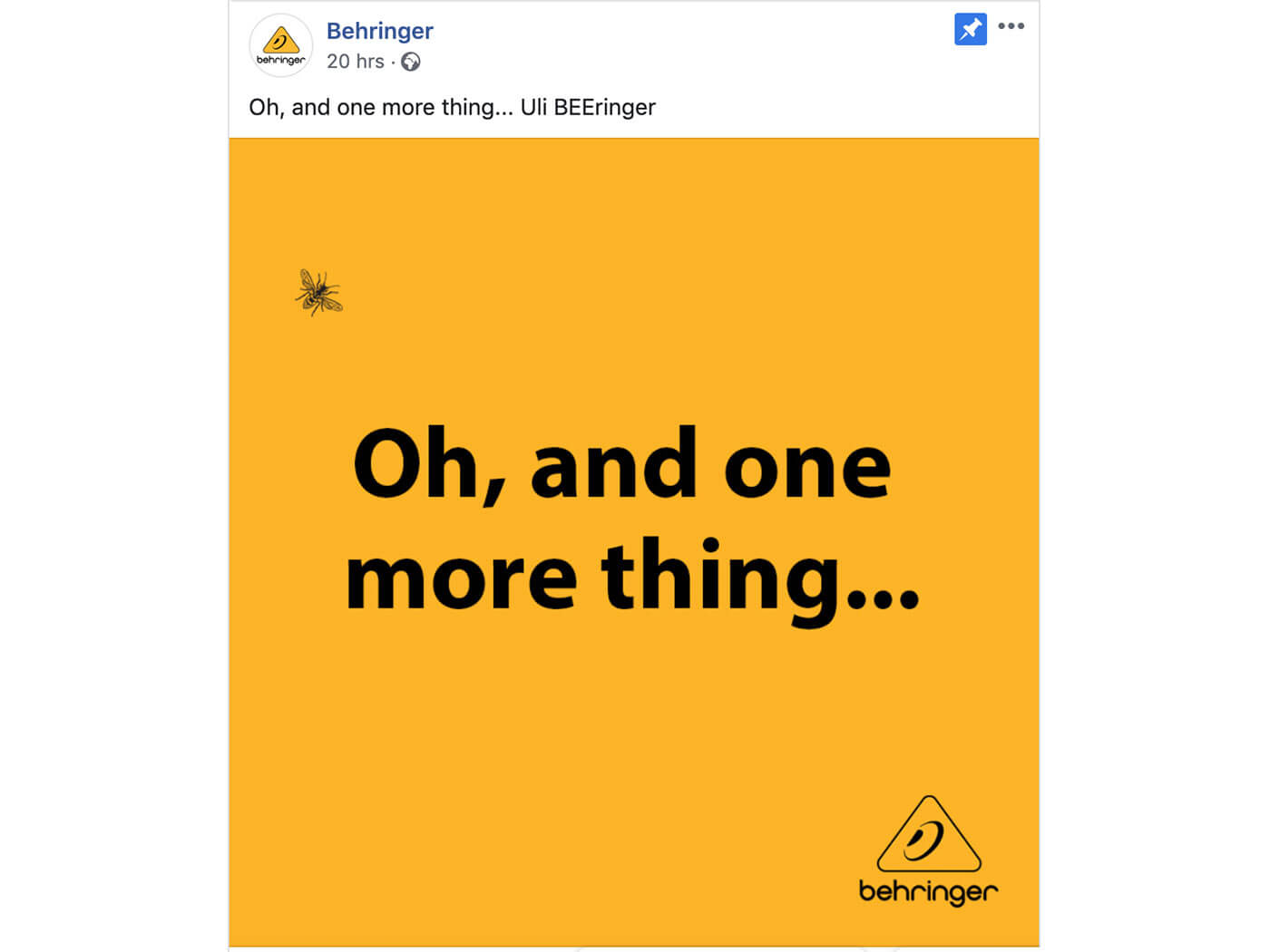 Rumours of a Wasp clone from Behringer have been circulating for some time now, after a leak of a list of features in 2017, followed by a trademark application for the Wasp logo. To confirm the speculation, Juno has the synth listed on its site, with a ‘COMING SOON’ image to accompany.

The Wasp synth was created by EDP, a British manufacturer, in 1978, and designed by Chris Huggett who now works for Novation designing synths. The original was famous for it’s flat, touch-responsive keyboard that was made from flat conductive copper platers. Wasp featured dual-oscillators, dual-envelopes and a single, switchable filter. Fitting the name, the synths distinctive colour scheme was black and yellow, which was implemented on the follow-up model, Wasp Deluxe.

It’s rumoured that Behringer’s Wasp will follow the footsteps of the Wasp Deluxe, implementing a mechanical keyboard, as opposed to the flat design the original was bestowed with. Many software emulations have been developed to recreate the unique sound of the Wasp, although the only hardware recreation that we know of is the Jasper Wasp. This clone, however, was not sold commercially as one product, but instead as a DIY kit. In the modular world, Doepfer released a Wasp filter module, in an effort to recreate the strange circuitry of the original Wasp filter.

Release dates and prices of Behringer Wasp are not yet known. For more industry news click here.