The multi-effects unit will purportedly retail for just $49. 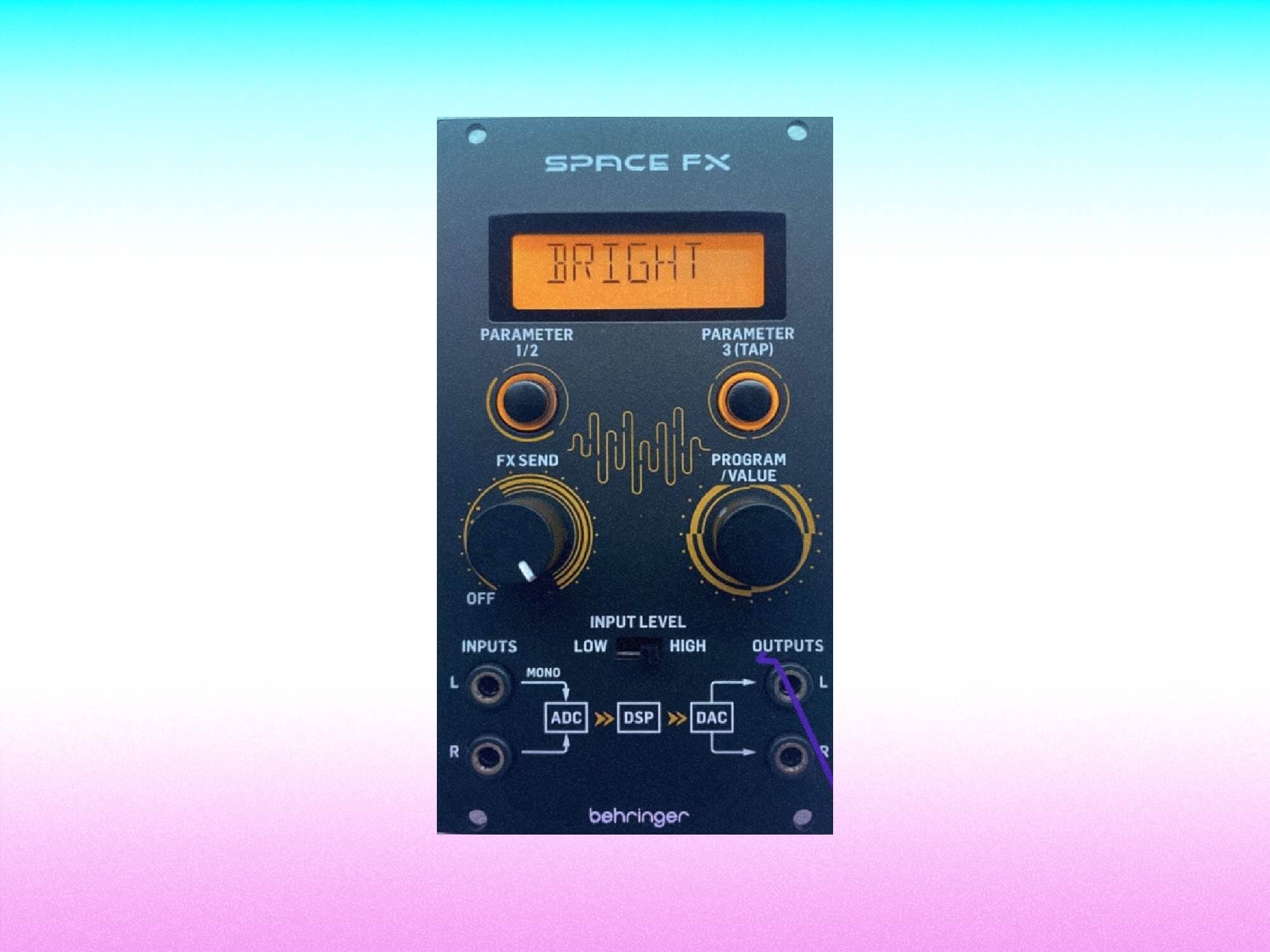 The latest in Behringer’s range of Eurorack modules is SPACE FX, a 24-bit digital stereo effects unit. With 32 different Klark Teknik-powered effect algorithms, each with up to three adjustable parameters, the SPACE FX also allows for effect combinations and manual sync of time-based effects such as delay.

The module is finished with a faceplate faintly recalling the aesthetic of vintage Roland hardware, while its retro-looking digital display bears a significant resemblance to that found on Behringer’s Arp Odyssey-inspired Behringer Odyssey synthesizer.

No CV control is available for the module’s effects, with Behringer choosing to prioritise panel simplicity over system integration. The module nevertheless offers a flexible and wide-ranging array of functions, including 15 different reverbs, eight different delay and modulation effects, and other, more off-kilter effects such as clipper distortion, pitch-shifting, and a talkbox effect.

“Let’s be realistic,” says Behringer in the announcement video, “the price adds up when you’re getting individual delays, reverbs or any general effects module. Not everyone has the money for it, and sometimes you simply don’t have the space. We hear you.”

The price point of the SPACE FX is impressively low, as we’ve come to expect from Behringer, with an RRP of just $49. However, as we’ve also come to expect from Behringer, the company is waiting on essential parts to materialise before SPACE FX units become available. “As soon as we receive the chips required to put this into production,” promises the company, “SPACE FX will ship immediately.”

Watch the video for SPACE FX below:

In another recent announcement, Behringer unveiled plans to develop a Eurorack version of the Buchla Easel 208, named the Enigma. Taking to Facebook to field users’ opinions on the initial design of the clone, the company said that it hoped the unit could retail for as little as $399.

Find out more at behringer.com