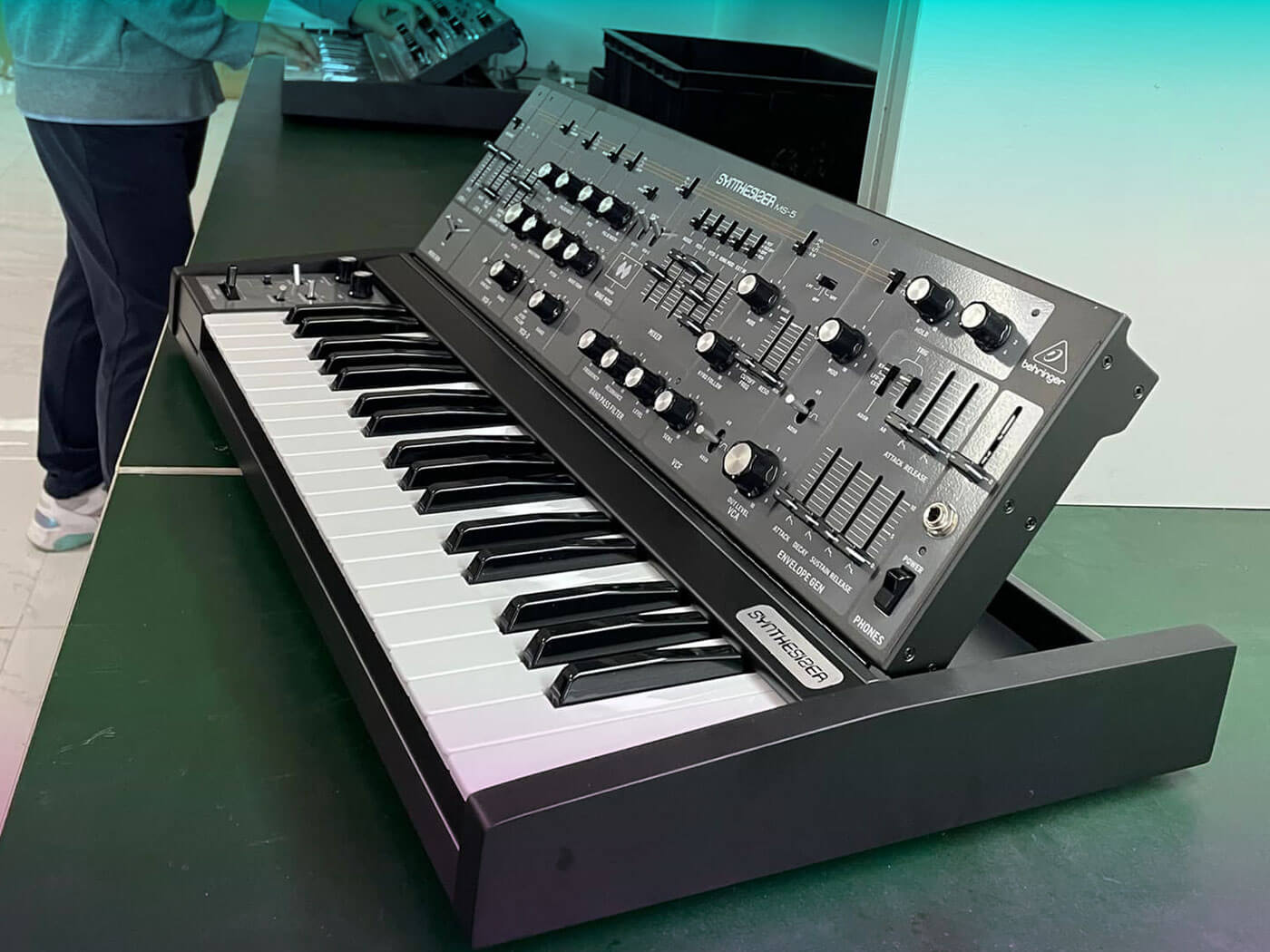 After announcing the MS-5 in July 2021, Behringer has published an update on its Roland SH-5-inspired synth. The news follows recent announcements of a range of affordable instruments based on classic studio hardware.

For several years now, Behringer has been devoted to “chasing analogue ghosts” and presenting music producers with affordable alternatives to hardware icons. With the MS-5, the company aims to capture the classic sound that Roland provided nearly half a century ago in its 1976 synth, the SH-5.

Debuting the first photos of the clone in July last year, the look of the MH-5 has since been revamped. Now using the same hinged-panel format as its Poly D and MonoPoly, the MS-5 sports Moog-style knobs, old-school sliders, and a signal path similar to Roland’s original. However, the wooden panels teased in Behringer’s earlier design appear to have been dropped from this new iteration.

Above all, Behringer is prioritising capturing the original sound of the SH-5 as closely as possible. To do this, the MS-5, like all of their vintage-inspired analogue synths, will not include memory for patches. Responding to one commenter, Behringer said: “[patch saving is] unfortunately not possible for many synths as it would completely change the architecture and the sound”

Featuring two analogue VCOs, a mixer with ring mod, noise generators and external signal levels, the original SH-5 is renowend for the full-sounding, diverse sound that it generated.

If able to accurately mimic the original SH-5, Behringer’s upcoming rendition will boast the same versatile signal path as the original, creating nuanced sounds through its ability to route signals through the VCA, multi-mode filter, band-filter or both.

This isn’t the first time that Behringer has taken inspiration from Roland, with numerous releases being directly inspired by the company’s history, including the RD-9 and the TD-3.

As with many of the other synths and drum machines that Behringer has recently announced, the company is yet to confirm a shipping date for the MS-5. This is mostly, according to the brand, down to chip shortages – a problem faced by manufacturers around the globe.

Perhaps the most notable announcement of last week was that Behringer has teamed up with the Korg MS-20 and Monotribe designer, Hiroaki Nishijima. The partnership has led to Behringer’s Hirotribe, an analogue synth and drum machine hybrid.