Playing For Change Foundation shared images of students in Rwanda tinkering with their new Behringer synths. 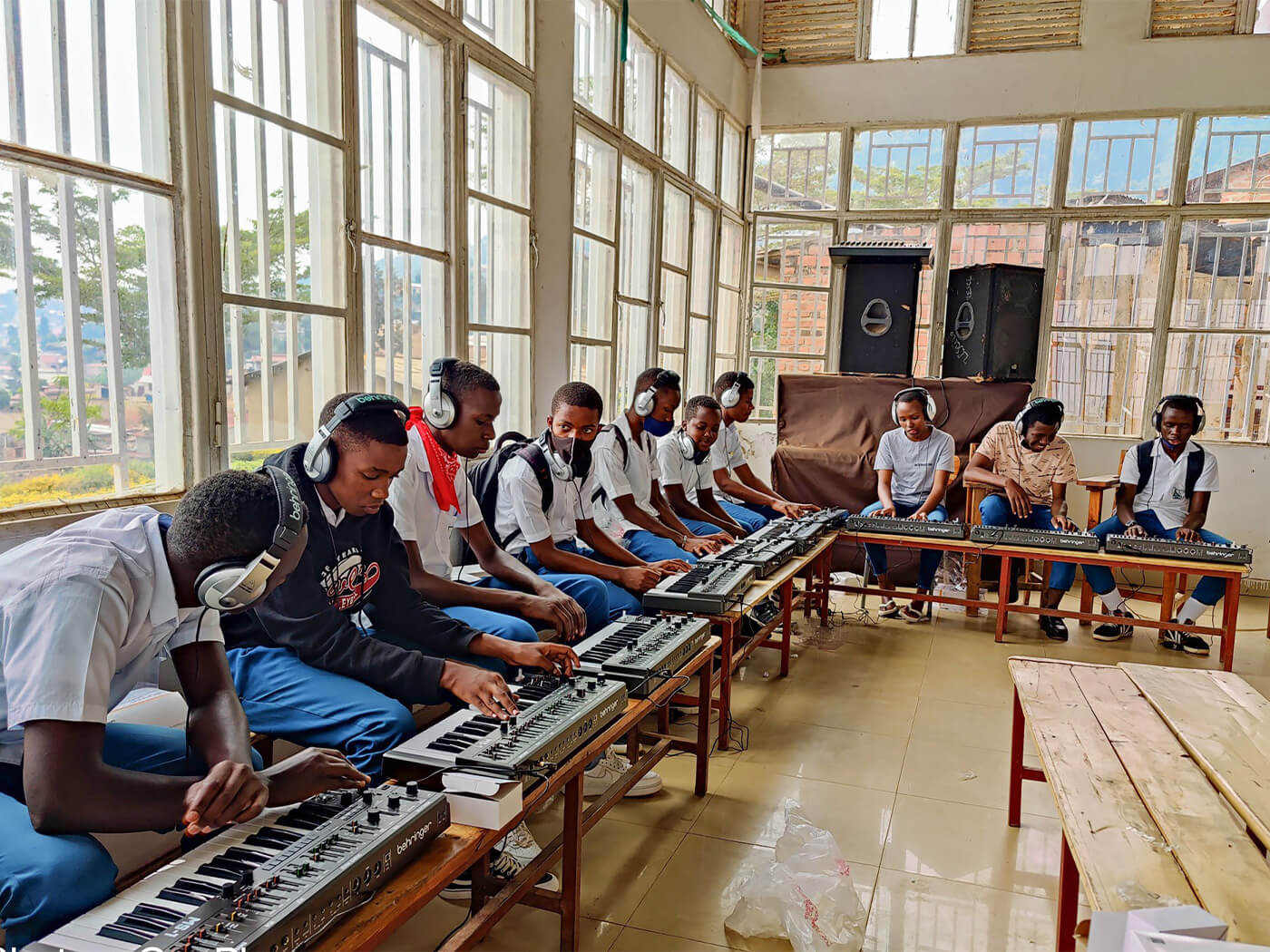 Behringer has confirmed that its synth donation initiative is well underway, after sharing an image of students opening and playing MS-1 synths.

The images, first shared by the Playing For Change Foundation, features Rwandan students with the Behringer MS-1 synths and headphones which are part of an instrument loan program. According to PFCF, this means the students will be able to take them home to practice and learn more about them on their own.

Behringer’s parent company, Music Tribe, launched the initiative in April 2021, stating that it will donate 1,510 synths and headphones worldwide. 160 synths were sent to Africa, 600 sent to South America and 400 sent to Europe. The remainder of the synths were split across Australia, Mexico, Thailand, Vietnam, Malaysia, Turkey, Ukraine, Moldova, Japan and Indonesia.

In a Facebook comment, Behringer says that it took “over a year to research and select 100 charity organisations”. The company added that COVID-19 made the process more laborious since many of the organisations were closed for some time. “But we’re equally glad to complete the job and make these kids happy.”, it continued.

We’re so happy to see our synths now in the hands of kids and students in Rwanda. We had donated 1,500 synths and…

The news comes after a busy month for Behringer, who announced an impressive number of new synths, mics, headphones and more throughout June. This includes Brains, a new Eurorack device; news of the LmDrum, inspired by the LinnDrum; the RD-8 MKII; the System-55, System-35 and System-15; a new demo of the UB-Xa and much more.