New York based singer, songwriter and producer Erin Barra (who we previously interviewed here) is about to launch an exciting and interesting new project that aims to engage her growing fanbase and encourage new collaborators… In partnership with popular music sharing and production platform Blend, Erin will make available the stems from five of her […] 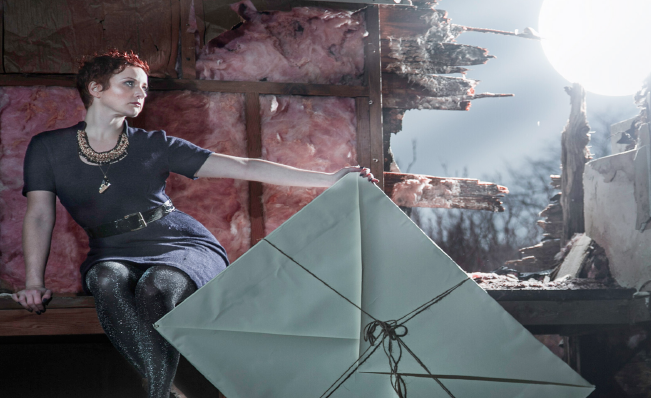 New York based singer, songwriter and producer Erin Barra (who we previously interviewed here) is about to launch an exciting and interesting new project that aims to engage her growing fanbase and encourage new collaborators…

In partnership with popular music sharing and production platform Blend, Erin will make available the stems from five of her originally produced tracks and is encouraging other artists to remix and re-imagine her work.

Barra and Blend are also announcing a three-week-long remix initiative for the rest of the album; the best remixes will be chosen in early May and featured on a follow up remix EP titled Redefined.

Read on for more specific details…

On April 14, electronic musician, producer, educator, and tech-forward-woman-in-audio, Erin Barra, is releasing “Dear John,” the single from her upcoming EP, Undefined. Barra’s strategy to engage fans and new collaborators, hatched in partnership with the collaborative music sharing and production platform, Blend, is as meticulously crafted and personal as her music.

The individual stems for the album’s five original songs will be available for listening, remixing and re-imagining via Blend (http://blend.io) – a music collaboration platform that amplifies existing music making workflows and integrates seamlessly with Dropbox. The infectious lead track, “Dear John,” and a remix of it that Barra commissioned from producer prodigy, 16-year-old Kaelin Ellis, are available for pre-release streaming here:

Barra and Blend are also announcing a three-week-long remix initiative for the rest of the album; the best remixes will be chosen in early May and featured on a user-sourced companion Remix EP, Redefined. The original masters from Undefined, and respective remixes on Redefined will be released commercially in tandem, in June of 2014.

“I’m giving away the keys to the castle and letting everyone move in” says the 29-year-old Utah-born Berklee-educated Barra. Other artists have given away stems for individual songs or parts of larger projects but few and far between have give away all of the isolated high fidelity wav files for every master. Moby, Prefuse 73 and Plus/Minus have all posted individual song stems on Blend; Barra is the first artist to publish an entire album.

Undefined is one of several projects Barra has incubated, assembled, and launched over the past year:

• She is the creator and instructor of Beats By Girlz, an educational recording arts and music technology program designed to activate creativity in young women that she is presenting at, and with, the Lower East Side Girls Club.
• She remotely produces and co-writes songs with artists around the country and globally – from the living room of her Brooklyn apartment – and consults with bands that want to integrate digital technology into their live performances.
• She is a freelance product specialist for German music software company Ableton and recently hosted several events in the North East on Ableton’s PUSH
tour. Barra is renown for her demonstrations of building beats, methodically; live on stage, deleting the project, and then reprogramming it on the fly in about a minute and a half, in what she calls a “hybrid technical creative performance thing.”

“We were familiar with Erin’s work with Ableton, which made the combination of her expertise, in addition to her music, particularly interesting to us,” says Blend founder, Alex Kolundzija, who is a veteran of Google, Razorfish, and MLB.com. “There is no playbook for success but there are previously unimaginable opportunities. Erin embodies the modern musician in so many ways—using music software and traditional instruments seamlessly— and we are thrilled she is interested in leveraging our platform to do something unique and groundbreaking.”

Both Barra and Kolundzija had been watching the music distribution paradigm shift online and towards more interactive, collaborative formats. They’d both read, talked, and obsessed over questions about ownership of ideas, and decided that it made sense— musically, spiritually and financially—to share.

“It’s the inheritance of the masses,” says Barra. “A 15-year-old kid in Lithuania gets to have the files and mess around with them because that is his right and I have granted it and whatever he does with that is his own prerogative. I’m alright with that.” Barra is featured at the Re/Mixed Media Festival IV in New York at the end of April; teaches at Grammy Camp this summer; and this fall, she’s doing a workshop at Berklee College of Music, her alma mater, to give songwriters more facility with technology.