The audio brand has partnered with Warner Music to celebrate Peter Saville’s designs and the work of Factory Records. 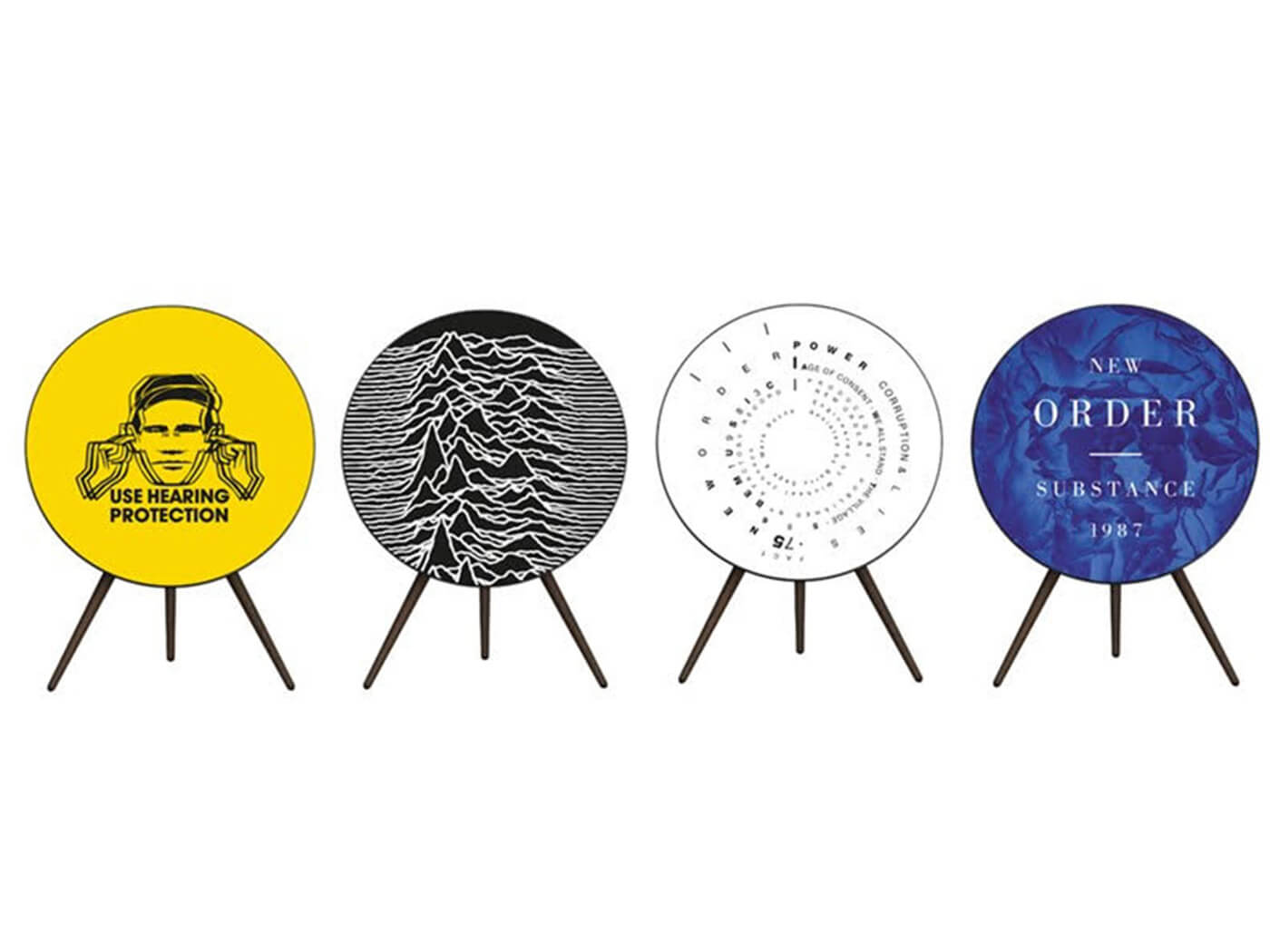 You’ll have to be quick if any of these bold speaker designs take your fancy, though. Bang & Olufson are only allocating 10 units per artwork for a total of 40 speakers – it is the 40th anniversary, after all. The limited-edition Beoplay A9s will be sold exclusively by Selfridges over the course of six weeks.

Factory Records started as a club night in 1978 but was taken to new heights by Tony Wilson, Alan Erasmus, Peter Saville, Rob Gretton and Martin Hannett. Peter Saville was the label’s go-to designer for a number of record sleeves for Joy Division and New Order, as well as going on to design artwork for King Crimson, David Byrne and Brian Eno, Pulp, Suede and more. You’ve probably seen his designs on t-shirts, if not on the records themselves.

Bang & Olufsen’s Beoplay A9 is a unique speaker even without the designs, styled more like a piece of living room furniture than audio equipment. Designed by Øivind Alexander Slaatto, the wifi and Bluetooth-equipped speaker belts out audio with an eight-inch woofer, two midrange drivers, two full-range drivers and two tweeters, with a frequency range of 33 to 23,000 Hz.

Bang & Olufsen says the Beoplay A9 “fills any room with detailed Bang & Olufsen Signature Sound thanks to its powerful 480-watt digital amplifier system.”