The animation is set to the producer’s chart-topping track, Wake Me Up. 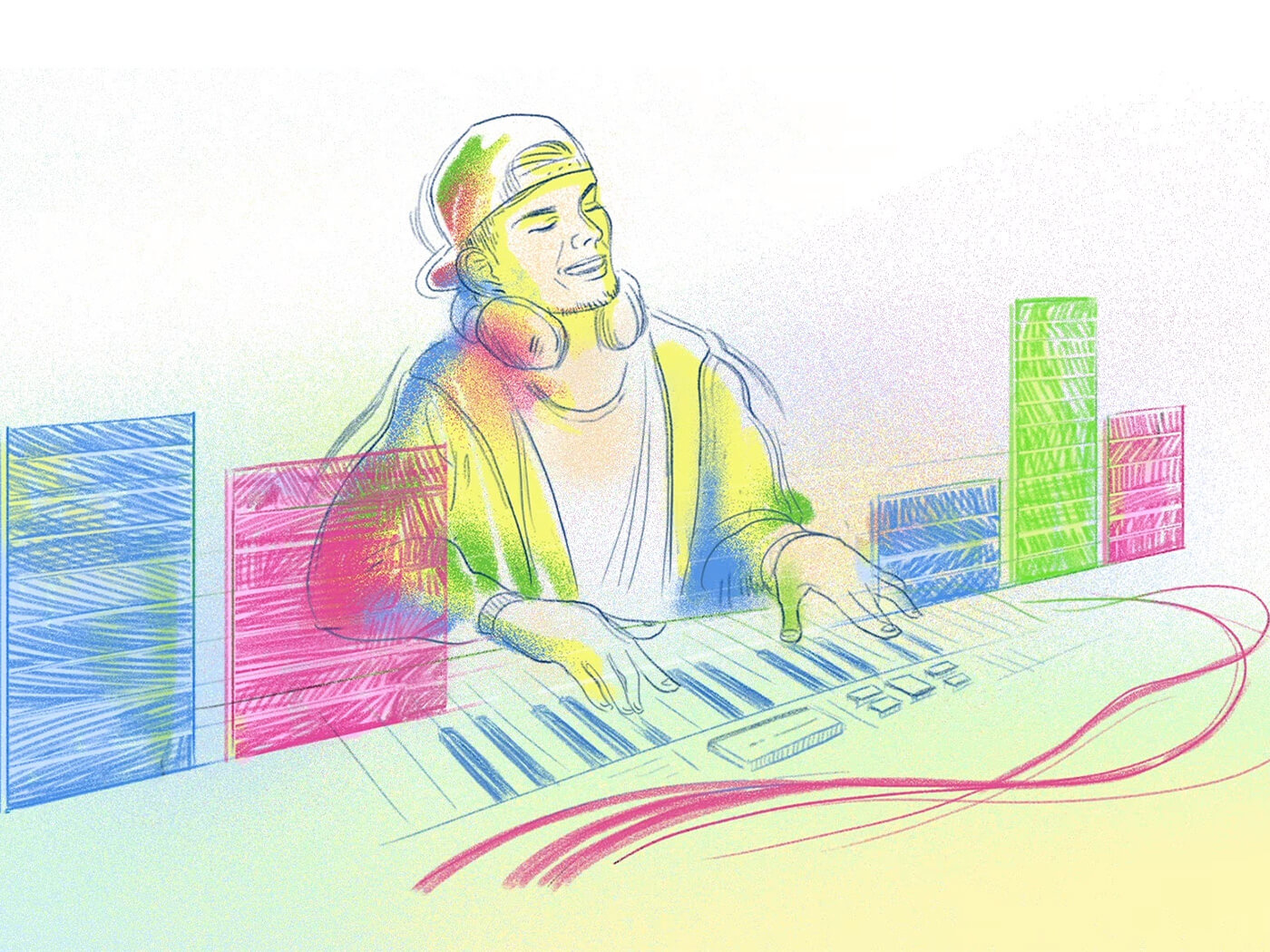 Google has celebrated Avicii with a Doodle on what would have been the late producer’s 32nd birthday.

With Avicii’s chart-topping track Wake Me Up in the background, the colourful animation shows a young Tim Bergling embarking on his musical journey. It heartwarmingly depicts Avicii’s career starting as a young boy strumming a guitar, then producing music on a laptop, and eventually performing in front of thousands of people.

Alyssa Winans, Olivia When and Sophie Diao created the Doodle to celebrate Avicii’s would-be birthday, but also to mark National Suicide Prevention Week. Bergling sadly took his own life in 2018.

Illustrator Alyssa told Consequence Of Sound: “Tim struggled a great deal during the touring part of his adulthood, and I wanted to find a way to both touch on the realities of that experience, while still celebrating and honouring his life in a way that fit the lyrics and tone of the track.”

“I ultimately decided to spend the majority of the video on the aspects of his life he loved, with a few symbolic moments to allude to some of the more emotionally challenging experiences.”

Avicii’s father, Klas Bergling, added: “The Doodle is fantastic, my family and I feel honoured and Tim would have been very proud and love it. It is a friendly and warm story of a young man fulfilling his dream to be a DJ and at the same time telling us that our journey in life is not always easy despite fame and fortune.”