Synths don’t get as portable as this. 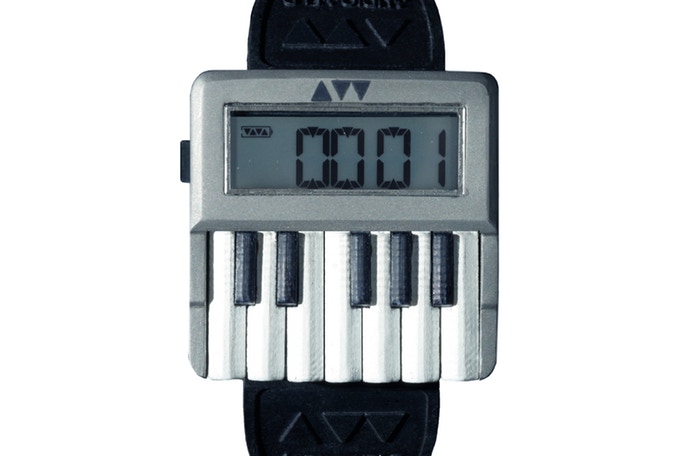 Synths don’t get as portable as this.

Audioweld has revealed its designs for a wristwatch synthesiser, dubbed the Audioweld Synthwatch. The brand is touting it as the world’s first musical watch.

At the risk of oversimplifying this clever little gizmo, the Synthwatch is a synthesiser you can wear on your wrist… that also tells time. The titanium-cased timepiece has actual keys that cater to “every kind of finger size”, Audioweld claims.

It can be played on its own – just connect it to a usb speaker – or with the Synthwatch app, which allows for more tinkering. The latter mode allows you access to over 200 sounds, a standalone, built-in sequencer and more. The app is available on Android and iOS.

Helming the Synthwatch team is a father-son duo, Fausto and Francesco, who are both master horologists, so they know a thing or two about what they’re doing. They’ve spent two years developing this project with various engineers and creatives, and the journey in itself is something remarkable. They’re currently seeking funding on Kickstarter, so if this seems like something you’d be on board with, you know what to do.