The audio enhancement could change how listeners interact with games, sports events, TV shows and more. 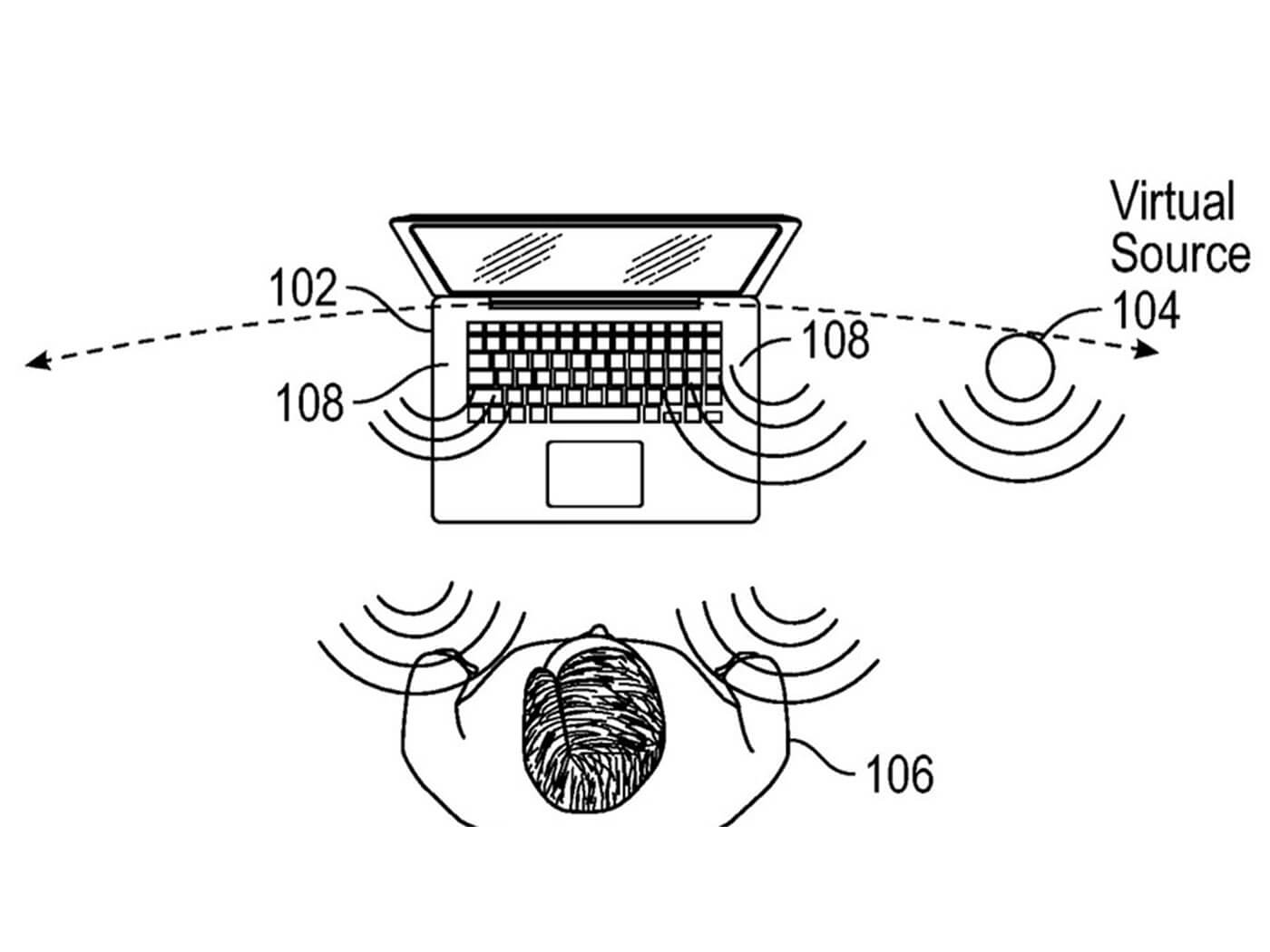 A recent report from Patently Apple details Apple’s new patent which is titled “System to move a virtual sound away from a listener using a crosstalk canceller”. The idea is to give the listener the illusion that sound is playing from a location in the room different from that of the speaker. This could offer a more immersive experience to a variety of entertainment platforms, most notably VR/AR gaming and film.

Last month, Apple was granted a similar patent for AR headphones, in which an augmented sound system places people in a virtual space for conference calls. In this instance, the virtual acoustic system is to be featured in MacBooks.

Crosstalk cancelling, which allows this virtual acoustic system to function, works by overlapping signals from the left and right speakers using the right amount of delay and phase to cancel out certain parts of the audio. Therefore, a ‘left’ audio signal can be heard only at the left ear, and a ‘right’ audio signal heard only on the right. As Patently Apple says, this “ allows the left and right audio signals to contain spatial cues that enable a virtual sound to be “positioned” at a desired location between the loudspeakers”. Crosstalk cancelling was first explored by Atal and Schroeder in 1966.

It’s worth noting that this is one of 61 patents Apple has been recently granted, and as is often the case, they may not all be become real-world product features. Also, this is probably a design that is suited to conference calls, similar to the AR headphones, but it could be a step forward for those of us in the world of entertainment.