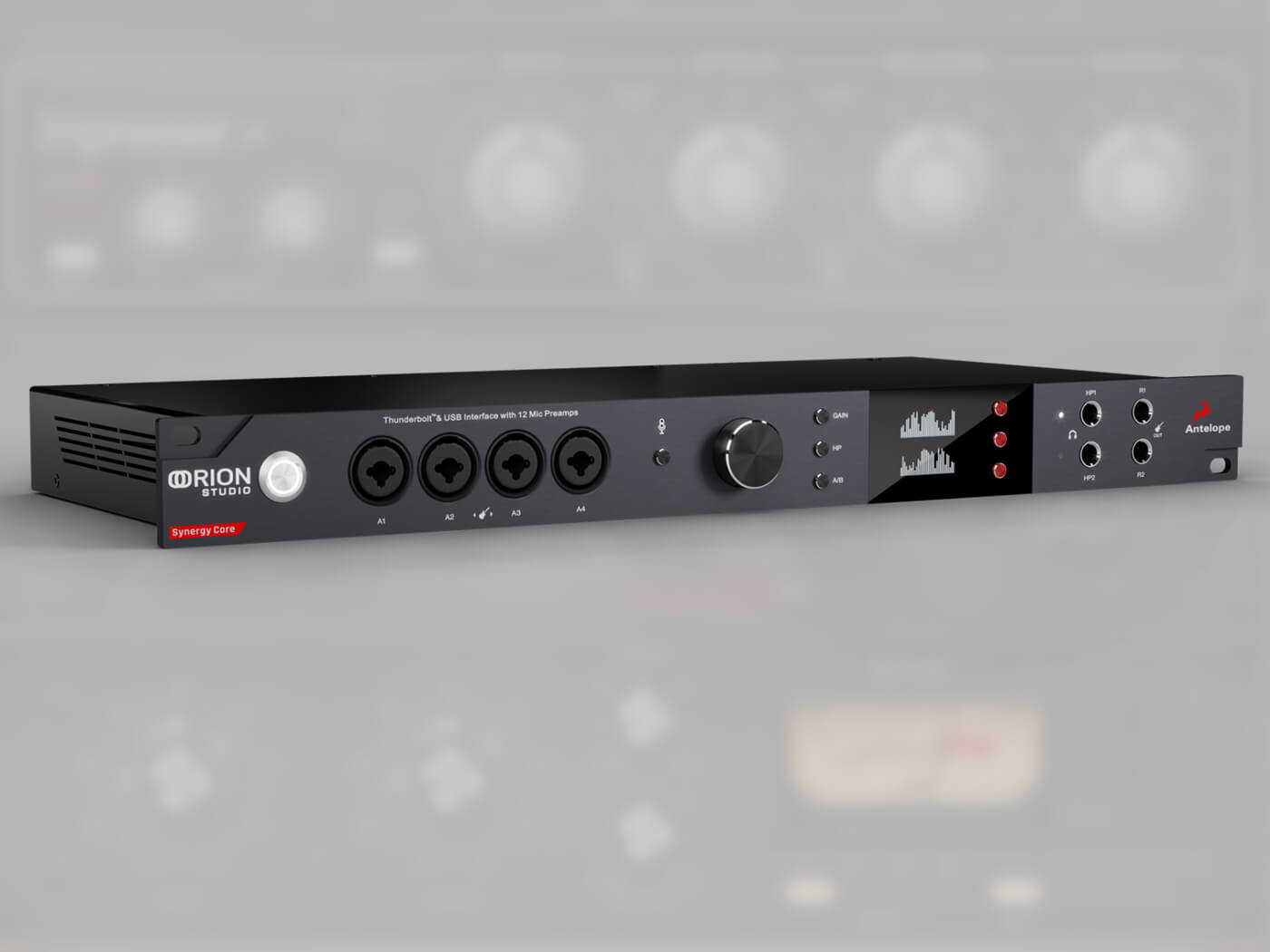 Antelope Audio is now taking orders for its newly upgraded Orion Studio Synergy Core audio interface. ‘Synergy Core’ refers to the device’s onboard processing – previous generations of Antelope hardware had relied solely on FPGA (Field Programmable Gate Array) processing for onboard effects. This was different from some competitors in that FPGA processors, while powerful and flexible, are not specifically optimised for digital signal processing.

With the Orion Studio Synergy Core, the company has loaded its hardware with an additional six dedicated ARM-based DSP chips, aimed at freeing up processing on your computer.

This has strengthened the new Orion Studio’s effects processing capabilities. Now on offer are 32 channel strips, each with eight effects slots, allowing for up to 256 effects at a time. The interface also comes bundled with 50 of Antelope’s real-time effects, including emulations of famous compressors, EQs, preamps, guitar amps and more.

Like previous models, the Orion Studio Synergy Core has 12 discrete transistor mic preamps, and these are designed to pair with Antelope’s Edge and Verge modelling mics. It also sports 22 simultaneous outputs, and modular/analogue synth fans will be pleased to hear that analogue I/O is DC-coupled, allowing CV control.

Other improvements include upgraded D/A converters which deliver 130dB dynamic range on both pairs of monitor outs, according to the brand.

Both up-to-date and backwards-compatible, Antelope’s latest interface can connect to a host computer using either Thunderbolt 3 or USB 2. When using Thunderbolt 3, it’s even possible to power and charge an Apple MacBook from the device itself.