Built with the input of Satriani himself. 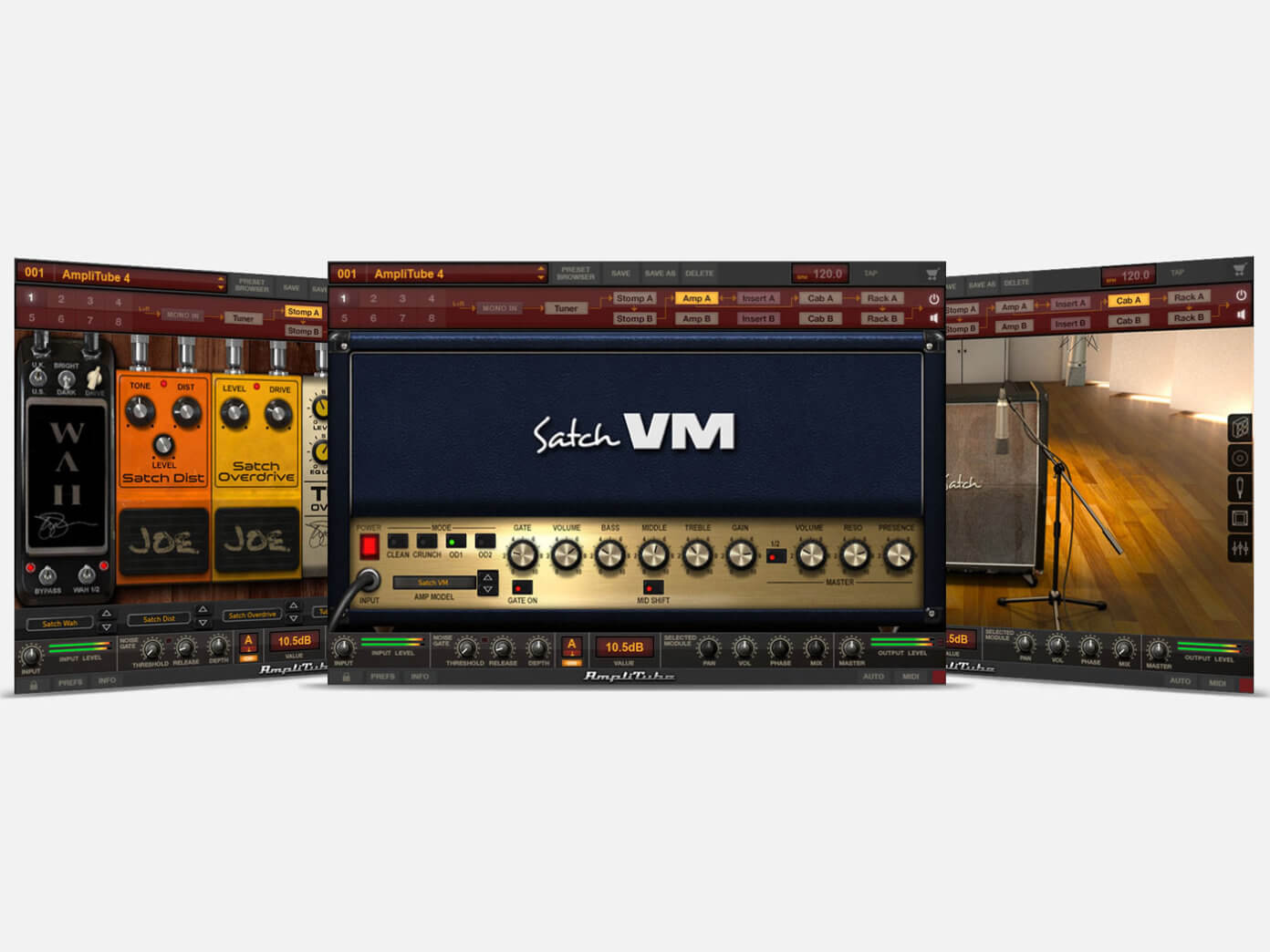 IK Multimedia has launched an AmpliTube collection of amps and pedals, not only accurately based on, but built with the input of guitar virtuoso Joe Satriani himself. The software is designed to run on both desktop and iOS versions of AmpliTube, or as a standalone desktop app. The brand is also currently giving away $100 worth of AmpliTube software – click here to find out more

There are three distortion effects built-in. Satch Dist is modelled after an early 80s MIJ Boss DS-1; Satch Overdrive is based on an MIJ Boss OD-1, and Tube Overdrive mimics a mid-80s Chandler Tube Driver.

On the amplification side and cabinet simulation realm, there are three signature options on tap. Satch VM is modelled after Satriani’s signature Marshall JVM410HJS head and the SJ50 is based on a ’93 Peavey 5150. Both of these sport a matching cabinet. The last amp model, Boston 100, features an expanded version of an ’82 Scholz Rockman, paired with a stereo mode, and the Boston Rockman X100 cabinet simulator.

A neat inclusion for Satch aficionados is a collection of song-specific presets that, based on material from the guitarist’s wide repertoire.

The desktop version of AmpliTube Joe Satriani is priced at $99, while the iOS version can be purchased in-app from within AmpliTube CS for $24.99.