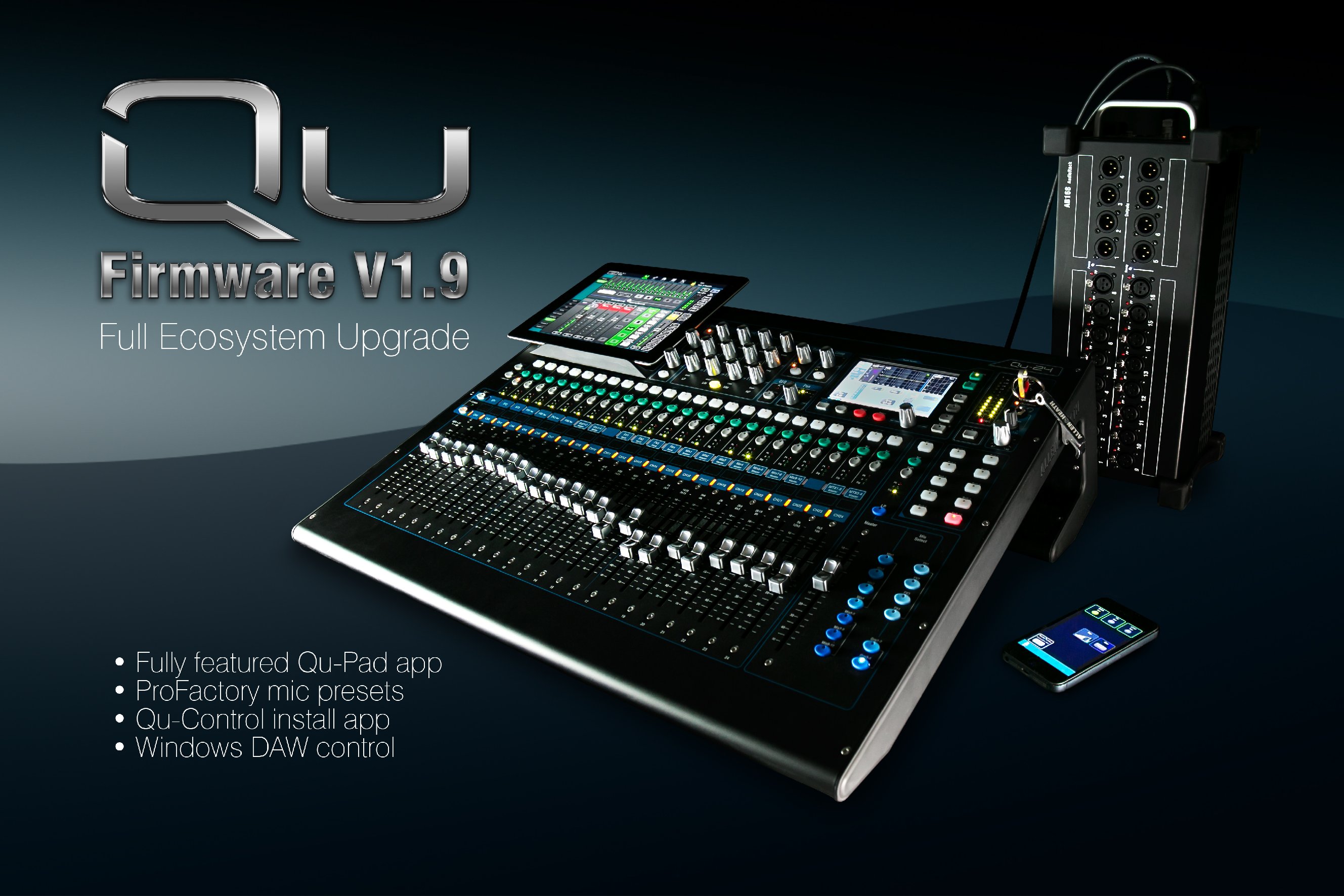 Allen & Heath have released a host of major enhancements to the Qu Series of mixers, including a wealth of features that overhaul the ecosystem of the popular digital mixers. Read on for more info…

Allen & Heath has announced a host of major enhancements to the feature set and ecosystem of its Qu Series of compact digital mixers. Accompanying the release of firmware V1.9 is a number of key updates to the Qu-Pad app, factory mic presets from leading manufacturers Shure and Sennheiser, streamlined DAW Control for Windows, plus the new, customisable Qu-Control app for install applications.

Allen & Heath has teamed up with leading microphone manufacturers, Shure and Sennheiser, to provide channel Library presets for a number of popular and industry standard mics. The presets offer the user a starting point to get the best possible sound out of their microphone – mixer combination.

A brand new addition to the Qu Series control portfolio is Qu-Control, a customisable iOS app for iPod Touch, iPhone and iPad. Offering five screens with up to 15 control ‘widgets’ each, the app enables control of parameters such as background music source selection, master zone level, scene recall, or microphone paging. Password protection prevents access to unwanted controls, which makes it the ideal solution for wireless control of venues, conference rooms, hotel lobbies and any other installed sound environment.

Following customer feedback, the DAW Control driver, previously available for Mac only, will soon be released for Windows OS. The driver allows very simple integration of a Qu mixer into a studio environment, emulating popular HUI and Mackie Control protocols to take control of a number of DAWs including Cubase, Sonar and Pro Tools.

“Qu V1.9 diversifies the range’s array of control options, and with the upgraded Qu-Pad app, opens up fully-functional tablet mixing,” says Allen & Heath product manager, Nicola Beretta. “Allen & Heath has done what it is renowned for doing – responding to customer requests, providing the best service to existing users, and keeping Qu at the forefront of the digital compact mixer arena.”
www.allen-heath.com